We are starting off 2022 as we mean to continue! We are pleased to announce that the first update of the year is available to download for free today. It’s called No Man’s Sky SENTINEL.

The Sentinel update brings an overhaul of the combat systems in game and enemies you meet, to create something much more challenging and exciting. No Man’s Sky is a game about exploration, but our universe has always been one filled with hazards and danger. Sentinels police the planets you explore, and have long been an element of the game we want to make more interesting, deep and fun – whilst also allowing players to defeat and overcome them in a more meaningful way. 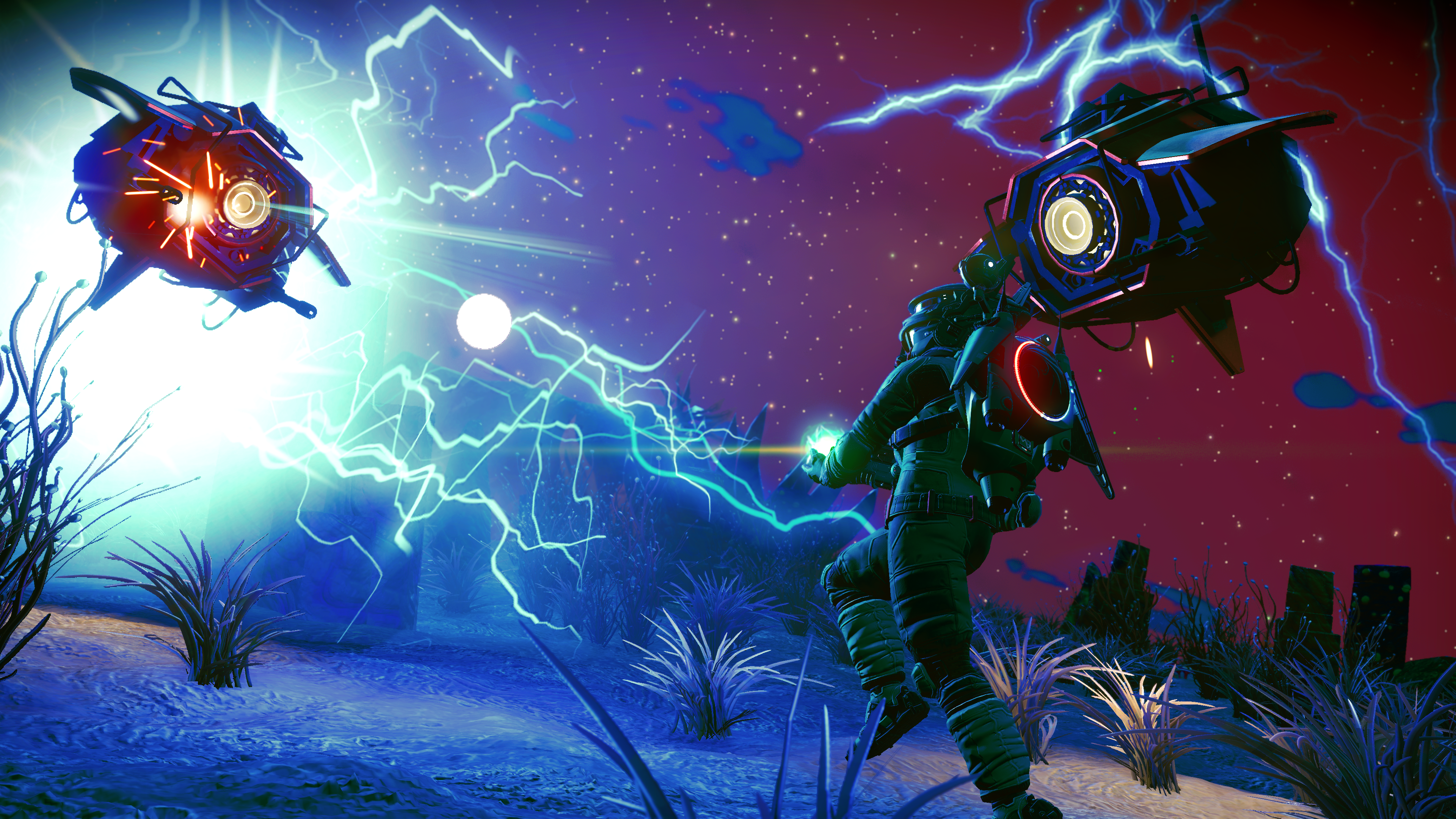 Fortunately this update comes with a huge array of combat improvements and enhancements for the battle-scarred Traveller. You have access to new weapons, like the charged energy shotgun, active camo and the new stun grenade. Mechs can now be programmed to protect you in combat.

Sentinels have become more formidable too. They have devised new classes, like Heavies, Summoners, Medics and even an Exo-Mech. Sentinels also deploy new weaponry like the flamethrower and utilise protective shields. And for the brave, the locations of sentinel “nests” have been made known, adding generous rewards for raiding these infested hives. 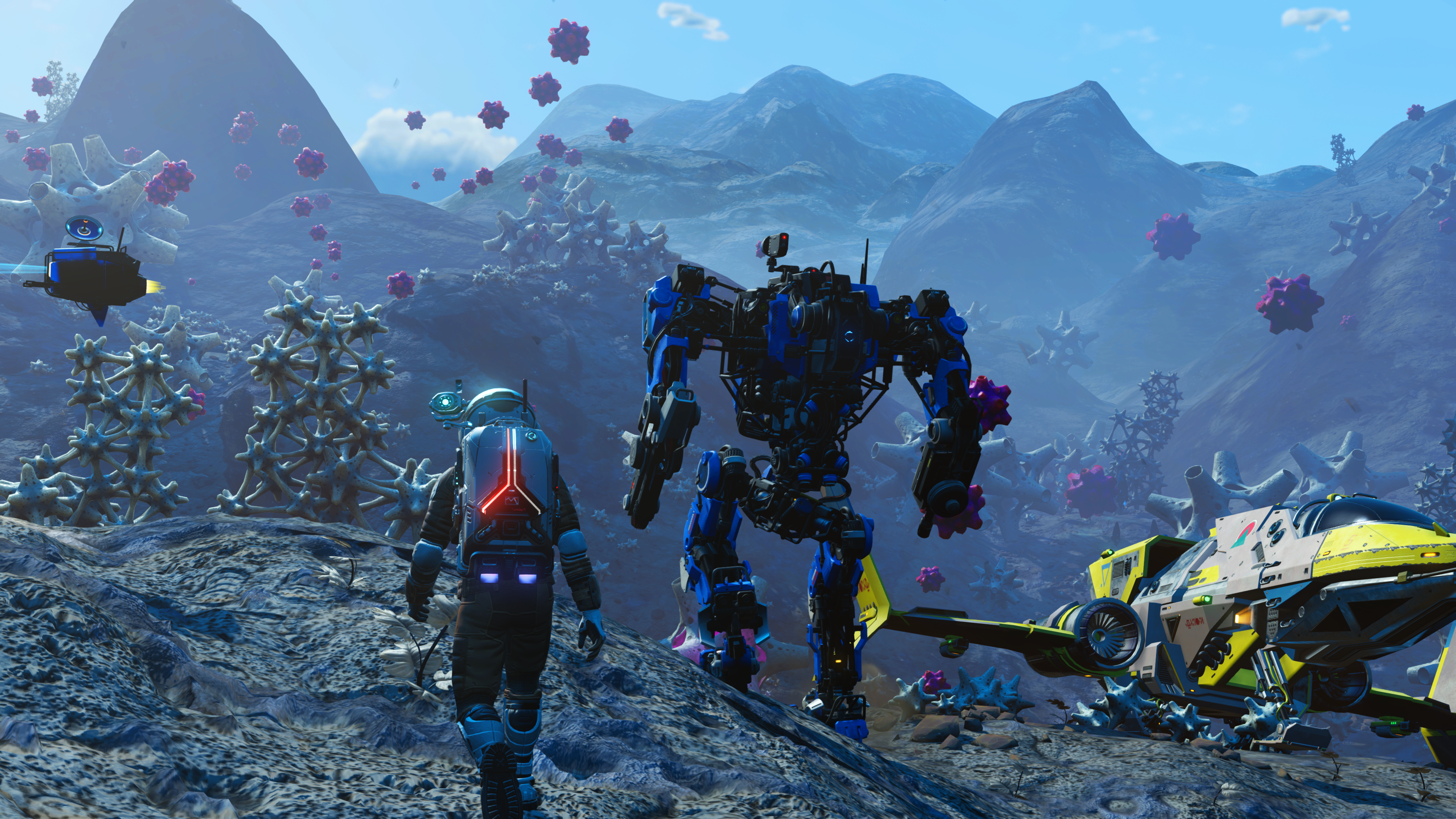 With the Sentinel update, players will learn about the lore of how Sentinels came into being. Among the rewards for facing down new sentinel missions is the ability to reprogram and adopt your very own friendly AI drone, as well as salvaging parts to create defenses of your own. There is also a new Expedition launching next week, with a tonne of new rewards.

This is a huge update, but here are just some of the additions:

Sentinel Hardframe Mech – Battle against a brand new robotic enemy – the huge, heavily armoured Hardframe mech. Equipped with lasers, terrain-destroying grenades, and a plasma-powered flamethrower, this fearsome new Sentinel launches itself across the battlefield with a high-powered jetpack. 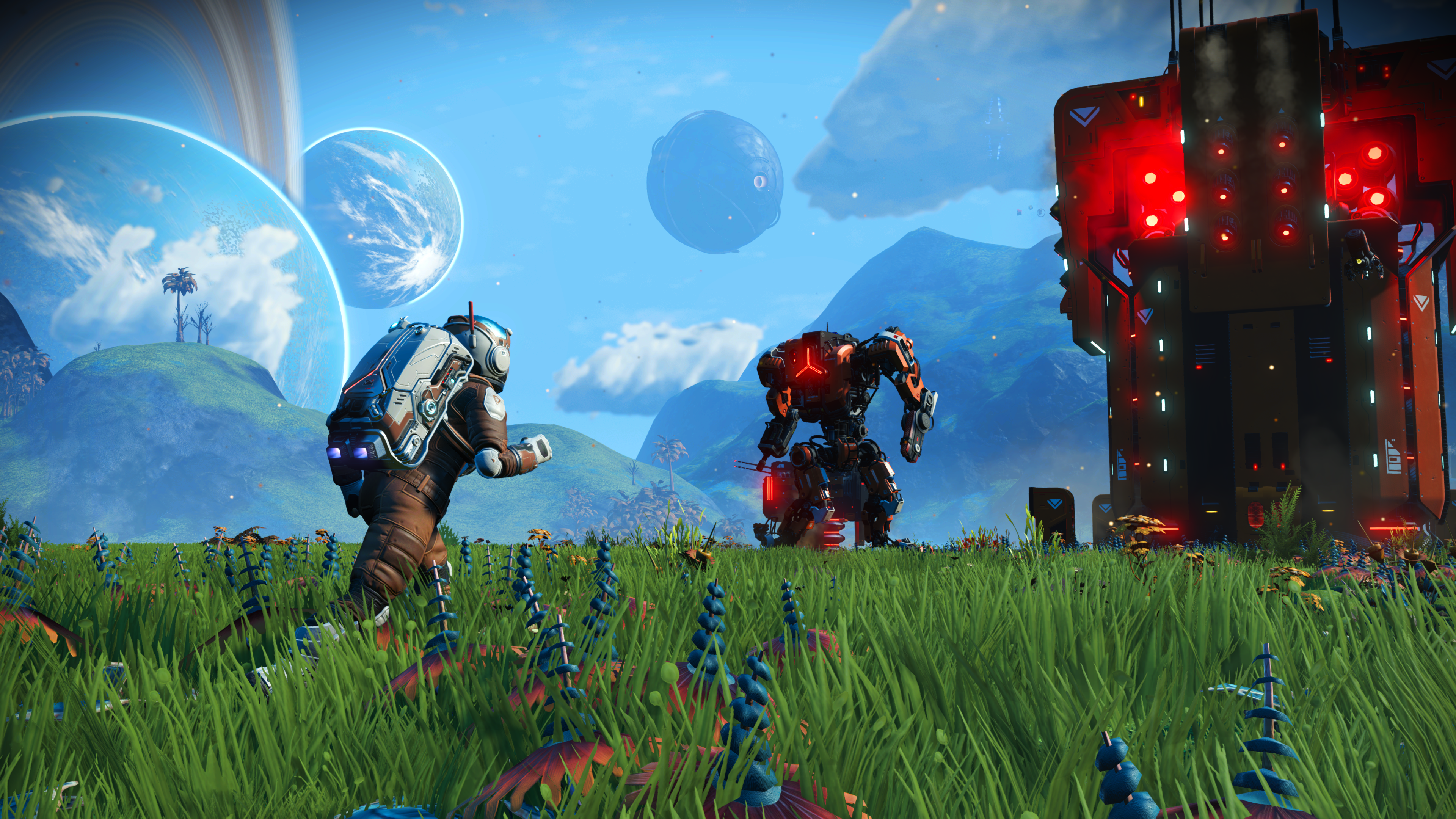 Advanced Combat Upgrades – New upgrades add depth to combat, with the ability to add stun or incineration effects to your existing weapons, or to set up your Multi-Tool to deal extra damage to targets you’ve previously tagged. Or, take advantage of the new Cloaking Device to vanish mid-fight and gain the strategic upper hand.

AI Robotic Companions – Players can reassemble and reprogram their own friendly robotic drone companion, or go one step further and salvage Sentinel Hardframe parts to build their own autonomous AI-powered giant mechanical escort.

New Stories and Missions – Work with the crew of the Space Anomaly on a substantial new story-driven mission, or raid the sinister Sentinel Pillars to access their archives and probe the secrets of the Atlas and the World of Glass… 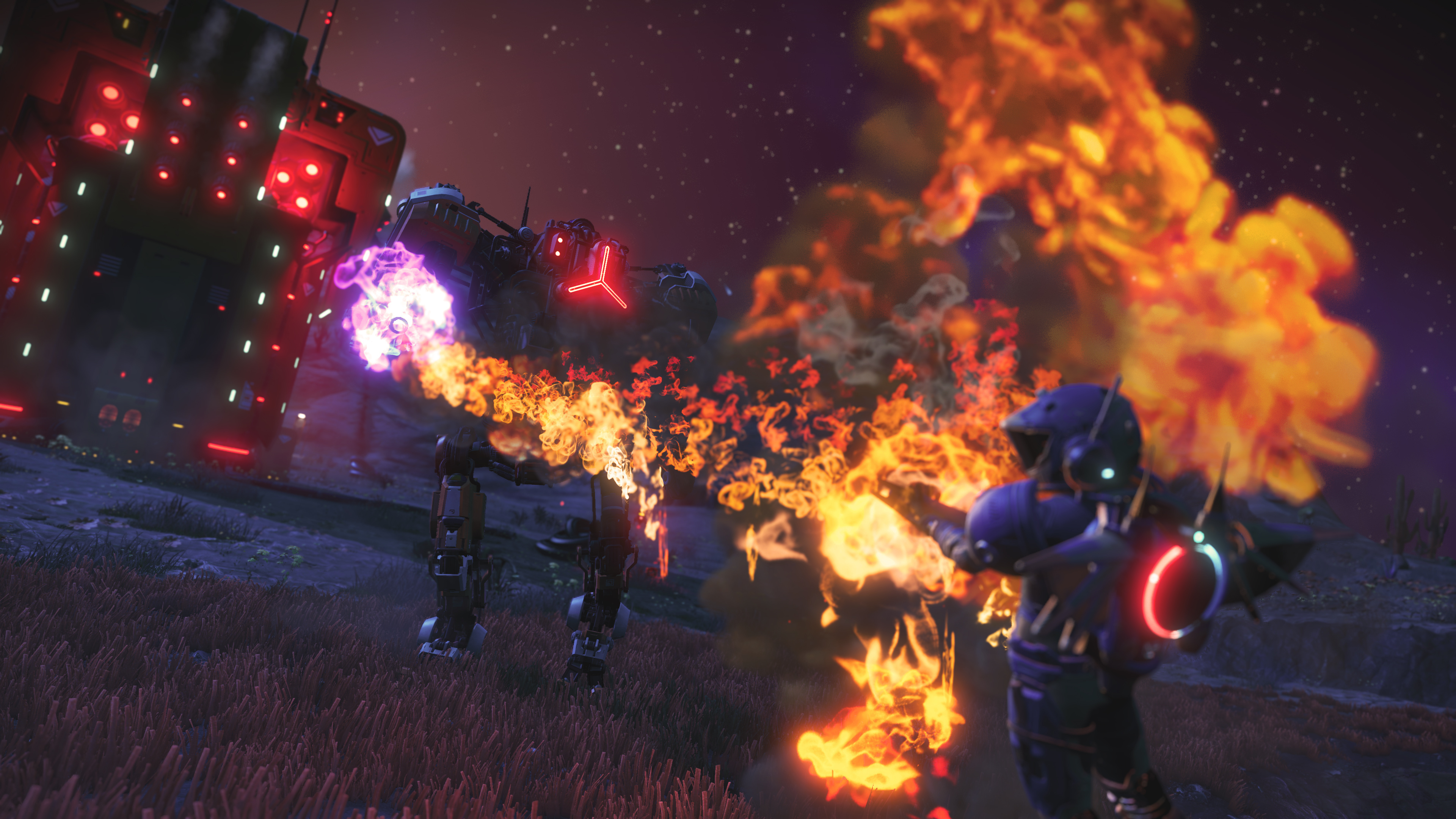 Combat Flow and Feel Improvements – A vast list of tweaks and refinements have been made to weapon feel and flow, making for a more dynamic and impactful combat experience.

Last year saw the No Man’s Sky team releasing a tonne of updates (including Companions, Expeditions, Prisms, Frontiers) and our first expeditions (like Beachhead, Emergence, Pioneers, Cartographers). I don’t doubt that 2022 will be just as productive for our small team.