The release of Frontiers has been an intense and exciting time for the team. Populated civilisations are something the community have requested for a long time, and it’s incredibly rewarding for us to see players claiming their first settlement, meeting their first citizens, and experimenting with all the new base parts. We love seeing your process of discovery, and are often blown away by your extraordinary creativity with base building. Thank you for sharing your screenshots and stories! 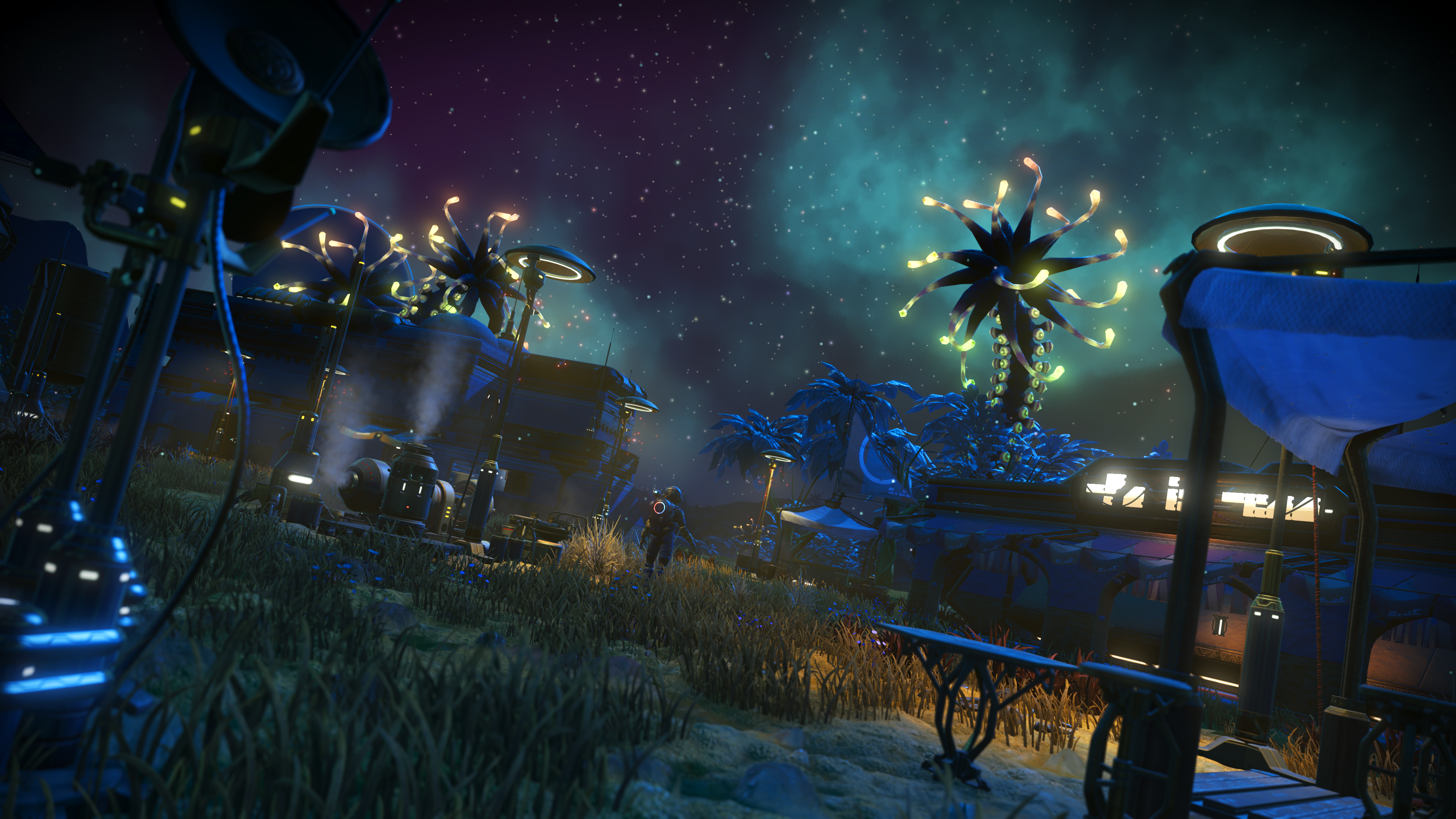 Today, we are releasing version 3.64 of No Man’s Sky, and we are very excited to announce an event we know players have been anticipating. Expedition Three: Cartographers begins today! 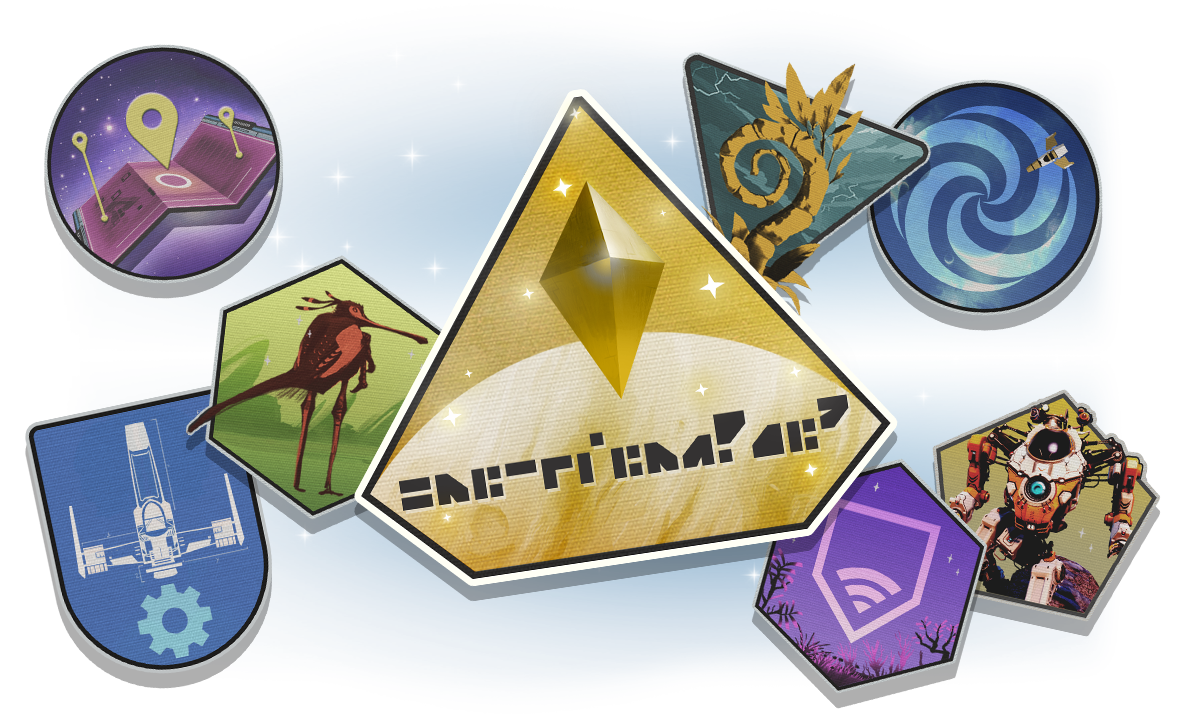 In the Pioneers expedition, travellers embarked on a long journey across the galaxy: exploring, trading, building, mining and rendezvousing across five different planets. The second expedition, Beachhead, confronted travellers with a tightly-woven mystery, and a race against time to unravel it, with players all across the world eventually helping to summon the legendary SSV Normandy SR1 from Mass Effect.

Expedition seasons give us the opportunity to craft No Man’s Sky experiences that differ from the established game modes, and Cartographers is yet another unique journey, focused primarily on deep exploration of a single planet. This season places all expeditioners on the toxic world of Gisto Major, where their bespoke starship will require specialist attention to repair and launch into space.

Cartographers begins today, and will run for approximately two months.

To help commemorate the fifth anniversary of No Man’s Sky, we are releasing this stylish black and gold t-shirt, available for a limited time in the Official NMS Merchandise store here (Americas and Canada) or here (rest of world). 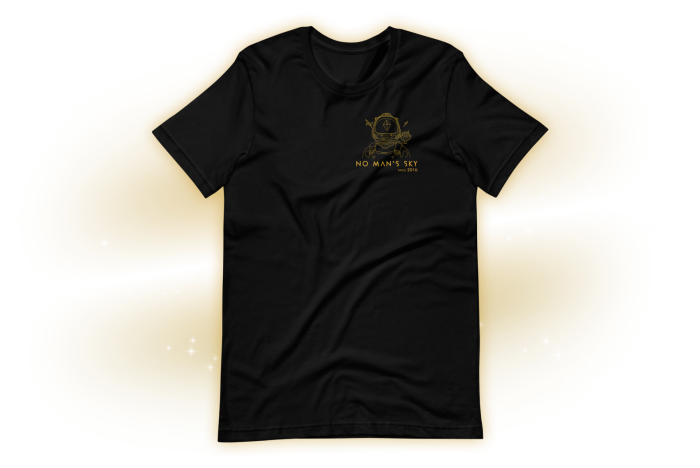 We’re also very pleased to confirm the dates for a new campaign of Twitch drops! This weekend, from Thursday 9th September to Monday 13th September, tune into streamers playing No Man’s Sky on Twitch to earn an exciting new spread of in-game rewards.

Our very first Twitch drop campaign earlier this year worked out really well – in addition to welcoming a number of new travellers to No Man’s Sky, and offering existing players a new way to earn rewards, the campaign helped bring a new audience to streamers who have supported us from the very beginning, which means a lot to us!

Full details are available on the Twitch Drops page here. 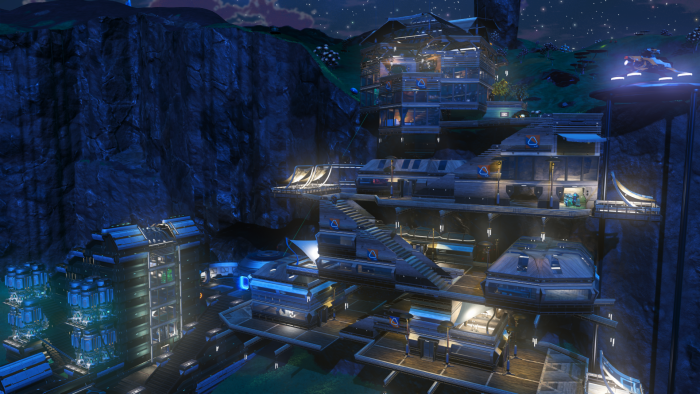 We loved this amazing “vertical city” base by /u/Consistent_Clock_120!
An impressive drawing of a mech by u/BreezySaturn97, and lovely sketches of companions, ships, and a traveller self-portrait by u/sByybz 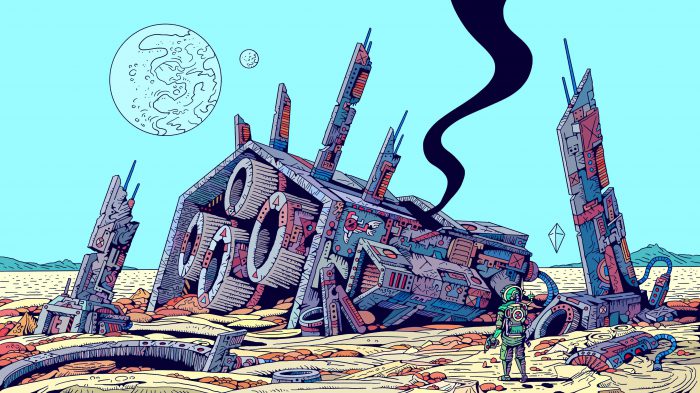 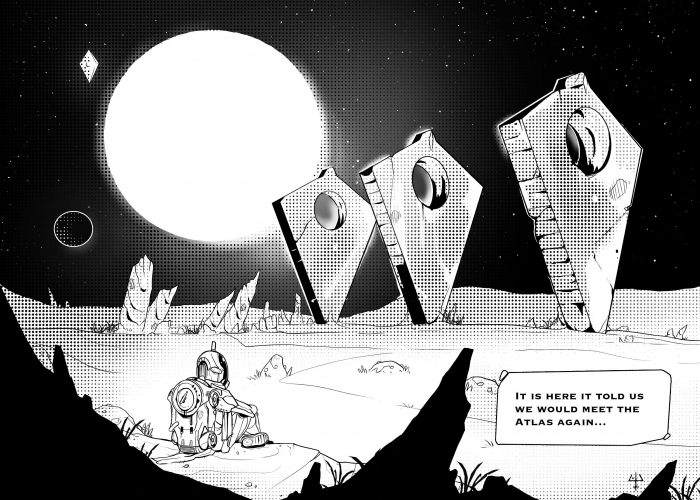 Polo’s Quicksilver Synthesis Companion is exhibiting almost organic-seeming emotion as travellers unlock the Antimatter Observation Orb, Synthesis Core, and Bubble Vat: items fashioned in the likeness of their own anomalous home. The thought of these items decorating planetary bases makes them emit a few delighted sparks. 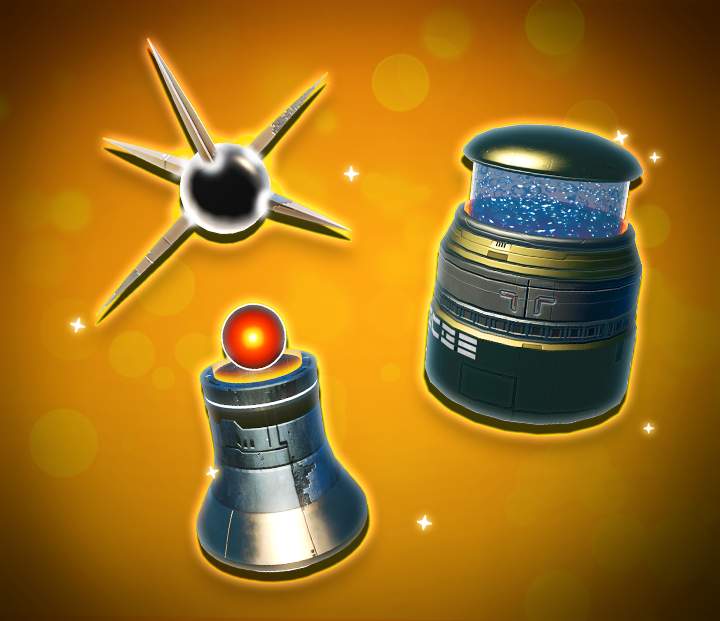 They have hinted that they are next planning to synthesise something nautical-themed, inspired by the ancient maritime trade vessels of the Gek. Complete missions at the Nexus to contribute towards unlocking the Bubble Vat and unveiling the next batch of exotic items! 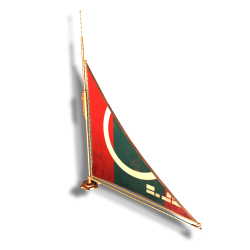 Patch 3.64 is releasing today, and will be available for all platforms soon. We will continue to listen out for issues reported by the community. Thank you for playing! In the longer term, we are continuing to work on features and content for No Man’s Sky, and look forward to sharing more when we’re ready.