In our previous development update, we mentioned that the team has been focusing on bundling together a number of quality of life features and community requests. Today we thought we’d share a little more news about that update – but first, we’d like to spend a bit of time appreciating the community.

Players across all platforms have now unlocked the likenesses of Iterations Gemini and Mercury at the Space Anomaly, and made excellent progress towards unlocking Iteration Ares. We’ve enjoyed seeing everyone discover the many variations available for these new Traveller heads… 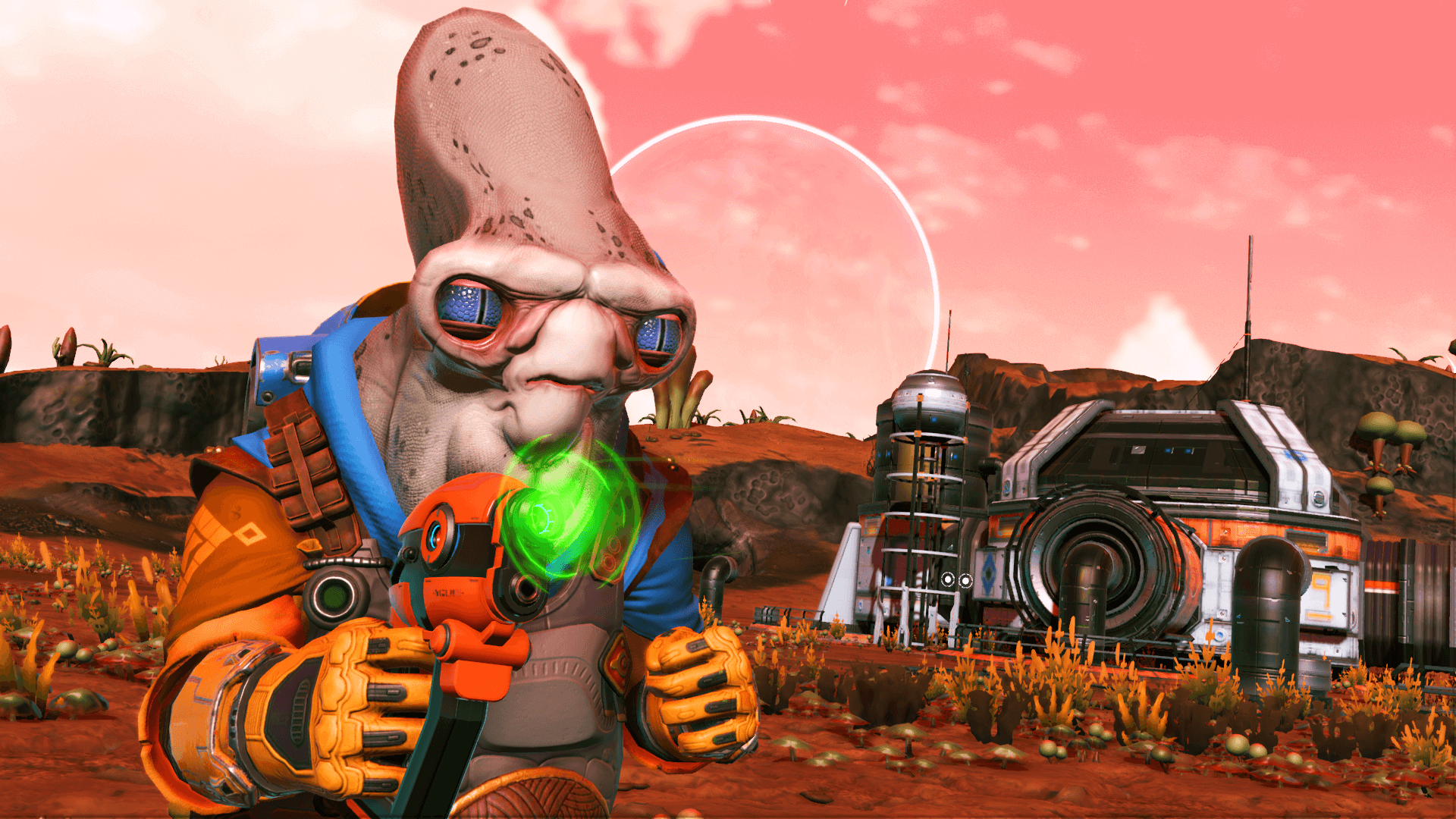 Every mission completed at the Nexus contributes towards unlocking these Anomalous Face Transformations. Once unlocked by the community, Polo’s robotic companion will synthesise them for any player in exchange for Quicksilver.

The mission this past weekend required a plant-based sacrifice, and we were so happy to read stories about cooperation and generosity between players as you worked together to repair the breach in reality.

While that specific planet has now been settled, new instances of these disturbances are still afflicting the universe at an alarming rate. Nada’s equipment predicts the next breach will occur on a planet bathed in an eerie red atmosphere, the territory of dangerous predatory creatures. Equipping a well-stocked Multi-Tool is recommended. 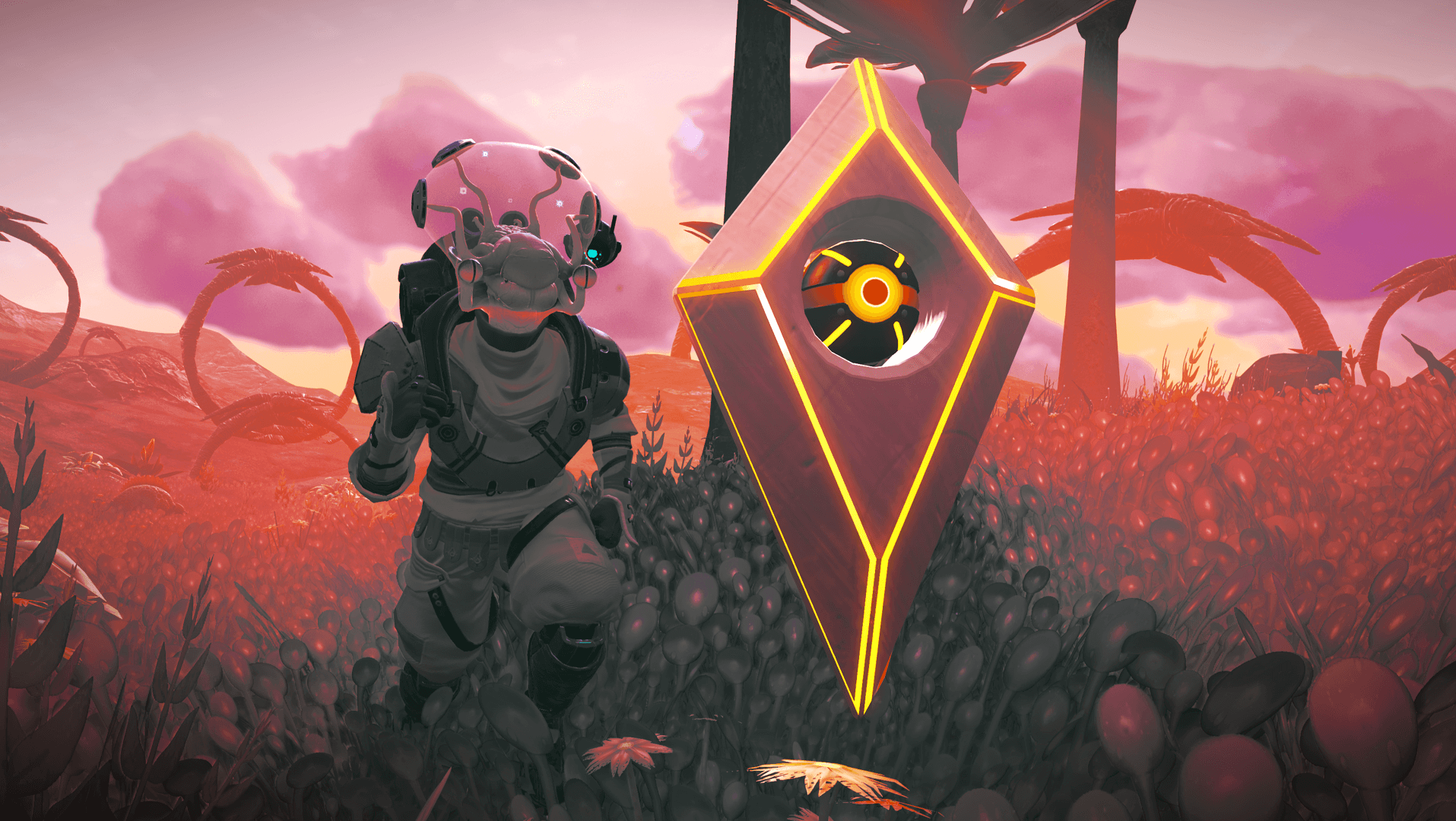 We never seem to run out of talent to feature in this section. We absolutely loved these traditional media Gek and Vy’keen drawings by /u/DanielFG:

/u/irascible_Clown set up this cool project idea for a No Man’s Sky LEGO set (you can vote for it here!) 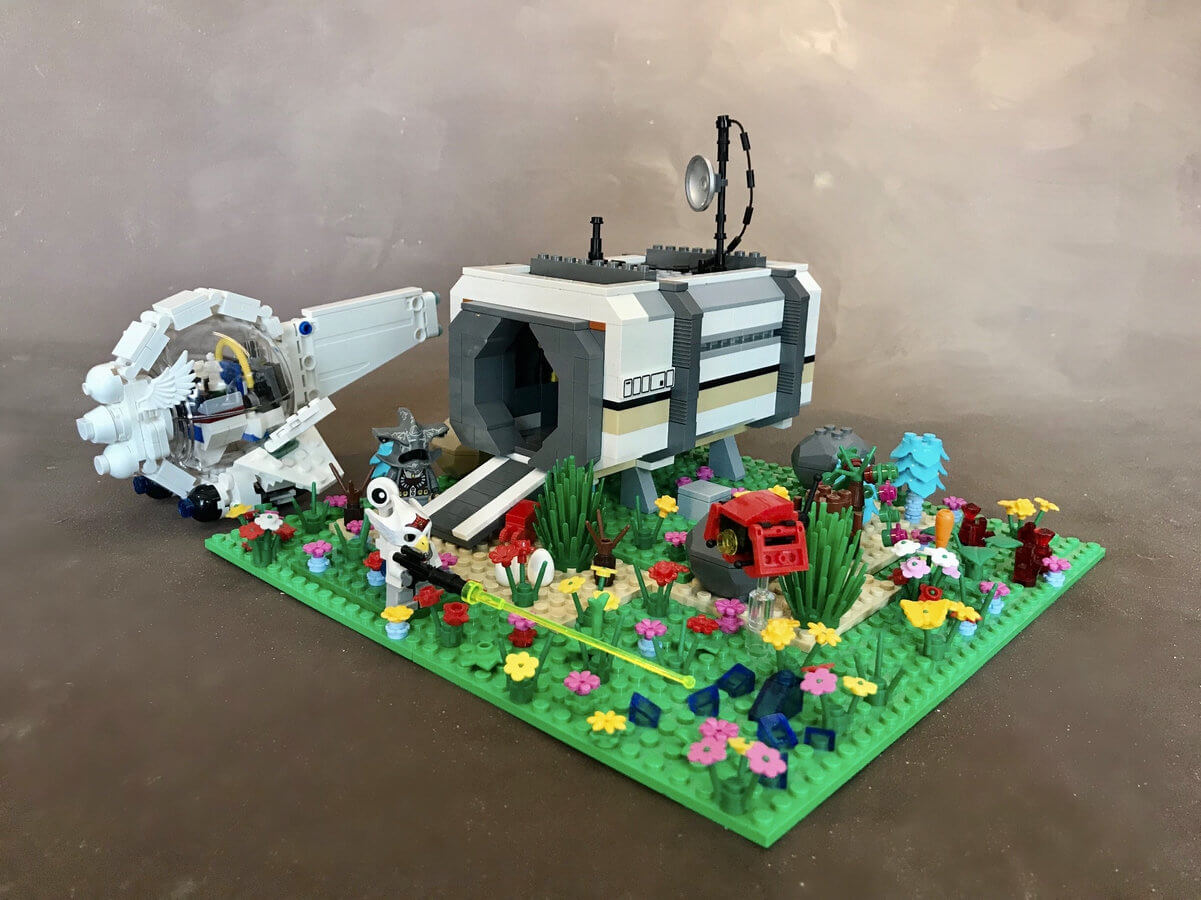 We’ve also seen some spectacular bases appearing on Reddit! We’re pleased to have been able to showcase the current set as Featured Bases, and plan to feature a new set in the near future.

It is so meaningful for us to see No Man’s Sky nominated for The Game Awards for the second year in a row! In 2018, after the release of NEXT, we were up against some incredible titles in the Best Ongoing Game category. This year, after the Beyond update brought No Man’s Sky to VR, we’re in the running for Best VR / AR Game. If you’d like to vote, you can do so right now on the Game Awards website.

Here at the studio we’re busy working hard on some impactful future updates. However, there are a number of polish features that we just couldn’t wait to release – addressing areas of the game we knew folks in the community were crying out for. We’re currently in the process of grouping these into something we’re calling the Synthesis update, and we’re excited to be able to let you know that this update is planned for release very soon.

Whilst in the background we continue to work on new features and content, in the meantime Synthesis is about bringing together polish and small quality of life improvements to address many of the requests we see from the community. We look forward to sharing it with you!