There’s been a lot going on since our last development update. The team has been working hard to bring you bug fixes and quality of life improvements, with a huge number of things fixed in the three updates since our last blog post.

You’ve all been hard at work too: producing amazing artwork; building spectacular bases; and unlocking the first community goal of Beyond, a brand new Vy’keen-inspired suit of armour.  Even now, you’re making great progress on the second event to unlock the likenesses of Travellers Gemini, Mercury and Ares.

Patch 2.15 releases today on all platforms. It introduces a number of new features to bring the community together and highlight the amazing work you do: a showcase for the best community bases, and brand new weekly missions.

Very shortly, the Space Anomaly’s first weekend mission will go live. Nada’s spacetime loom has detected a concerning pattern resonating across the universe, and they need help from their explorer friends to investigate. Readings indicate a disturbance in reality, where an anomalous – and possibly sinister – force has begun to leak through to this universe… 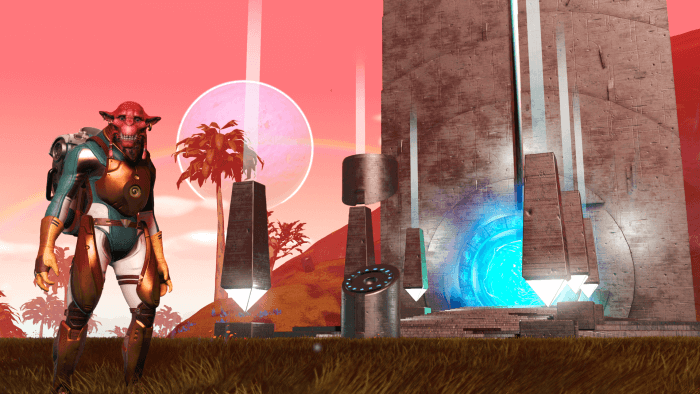 These weekend missions, which bring explorers together on a specific planet, will tell a story that will unfold over the coming months. They also offer significant quicksilver rewards…

Travellers who wish to participate will find a new chapter available at the Nexus each week, from Friday evenings (GMT) until early Monday morning.

If you miss a weekend, don’t worry. These missions will continue to run for the foreseeable future. We are so excited to see what happens when you all start exploring a single planet together! 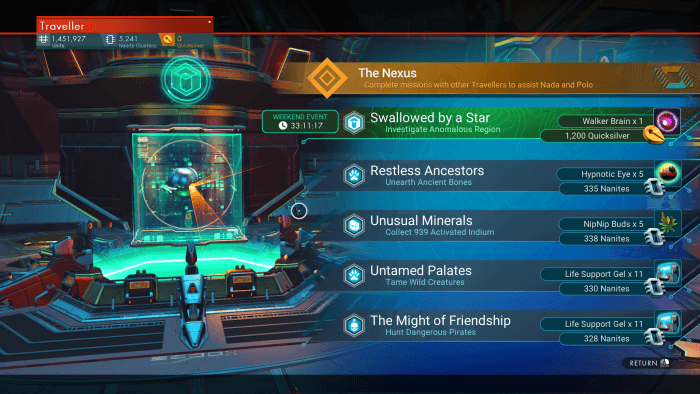 One of the things we like seeing most is the ingenious bases that you folks build. We watch the community closely and it’s always a joy – and a surprise! – to see the things you use the game to create. We wanted to find a way to highlight this brilliant work and bring it to the greatest number of players.

From now on you will be able to visit the Space Anomaly Teleporter to see a selection of the best bases we’ve come across. We hope it will showcase all you talented builders, and bring every player an ever-changing cycle of spectacular planets and architectural creativity. 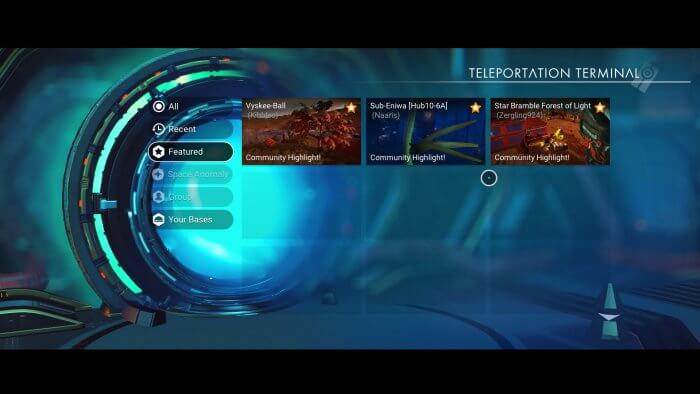 We remain on the lookout for ever-more imaginative bases which we can feature in future. If you’d like your base to be featured, please include your portal coordinates, current galaxy, username and platform when you post it. This will help us find it quickly and bring it to wider attention. We can’t wait to see what you make!

(Credit to u/nmskibbles for this incredible base, which will be one of the first Featured Bases on display in the Space Anomaly Teleporter)

The community has been as active as ever continuing to share discoveries and creations. Here are some of our favourites.

As usual, you’ve found some spectacular places to take screenshots:

We loved this landscape painting by u/turtlesalad711:

And we had our minds blown by these cinemagraphs by the ever impressive u/AcoupleofIrishfolk:

Beyond brought a lot of new players into the game, as well as drawing back in a large number of old friends. We’ve been seeing some of our highest player numbers since launch, and with a wide variety of playstyles: VR and non-VR, lone travellers and multiplayer mini-factions, base-builders and explorers.

The wishlist of improvements and features continues to grow ever longer as our community grows. Your feedback – and your love for the game – are a vitally important part of the No Man’s Sky journey.

While today’s update shows off a pair of new features, other members of the team have been hard at work on an update that will address a whole heap of community requests. We hope to be able to release this fairly soon. We take your suggestions and priorities very seriously when working out what to work on, so if there are things you want to add to ever-evolving list then please let us know through the usual channels.

Patch 2.15 is live on all platforms today, with the notes available below. There is much more coming very soon.

Thank you so much for playing. It really means a lot to us.