We’ve very much enjoyed watching travellers new and old take on the reinforced might of the authorities with their autonomous mech allies and friendly drone companions in February’s SENTINEL update. Today we are excited to bring you OUTLAWS, the second update of 2022 (our 19th update since launch) and with it a rich new seam of pirate lore and the first new No Man’s Sky ship in over two years. Full patch notes are available here.

The pirates of the No Man’s Sky universe have long since posed a threat to any interplanetary travel. For six year they have roamed the star systems unchecked, preying on unsuspecting and vulnerable travellers and raiding their vessels for any valuable cargo which they may be in possession of. For the most part though they have been an itinerant race, only really posing a threat in deep space.

OUTLAWS represents that moment where the pirates have started to put down roots, occupy space stations and colonise the surrounding system. From these permanent bases, they have become emboldened and more organised in their smuggling operations. The level of threat they now pose to the wary explorer is measurably heightened. They have even been seen attacking planetary bases and settlements in organised and coordinated attacks. Planetary dog-fights are now common-place in pirate-controlled systems. 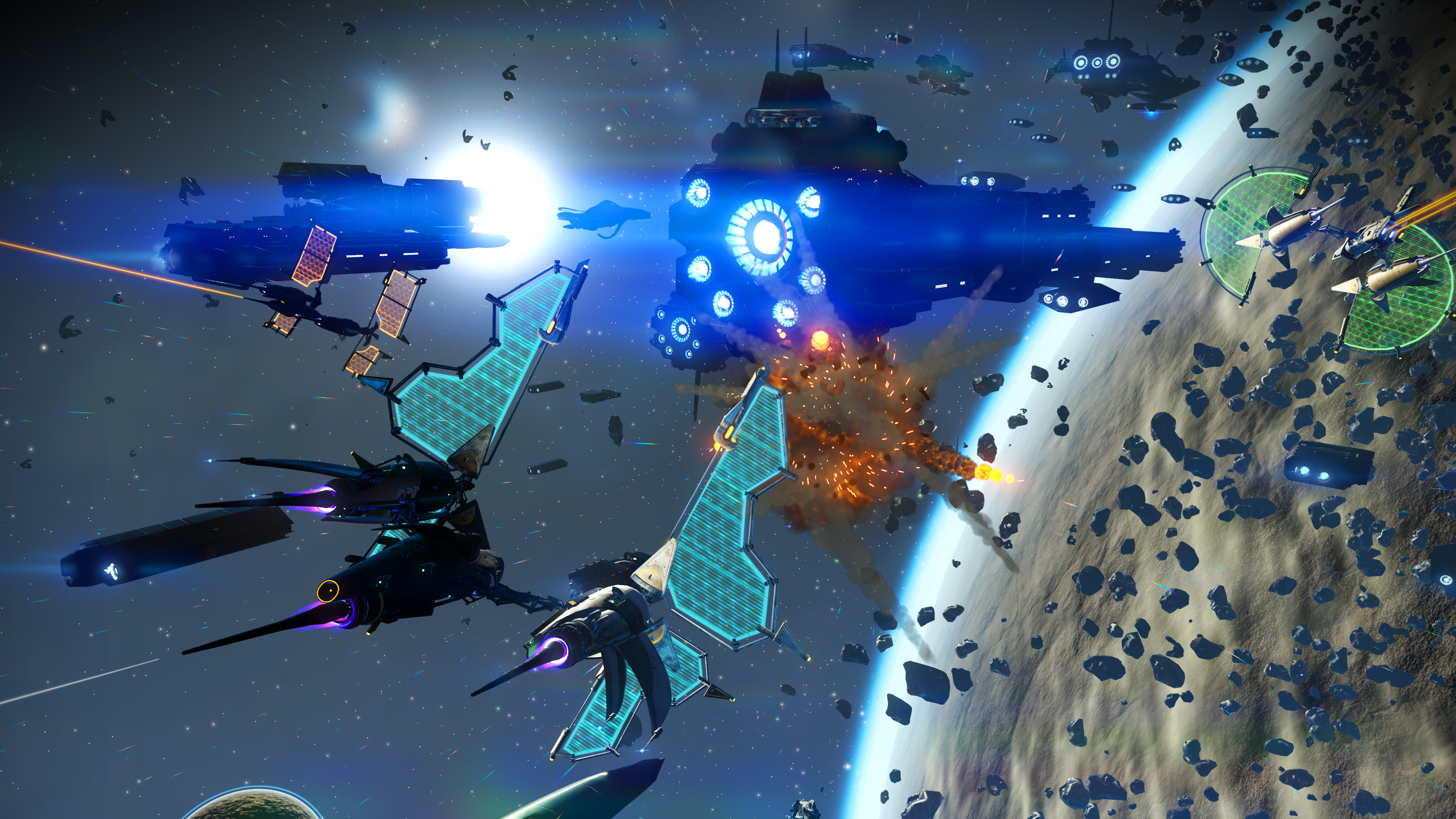 Travellers can choose to succumb to their domination and ally themselves with this unlawful group, sharing in the spoils of their nefarious activity. Or they can refuse to yield, choosing rather to stand up to this roguish threat and seek to dismantle their operations and therefore loosen their grip on the surrounding system.

Whether by fair means or foul, the rewards from pirate exchanges can be extremely lucrative. Their plunder can be carry considerable value, as can their iconic starship, the Solar Ship. Solar Ships are a new high-tech starship class, with a full and diverse range of procedurally-generated variations. These versatile and efficient long-range travellers come with their own unique technologies. 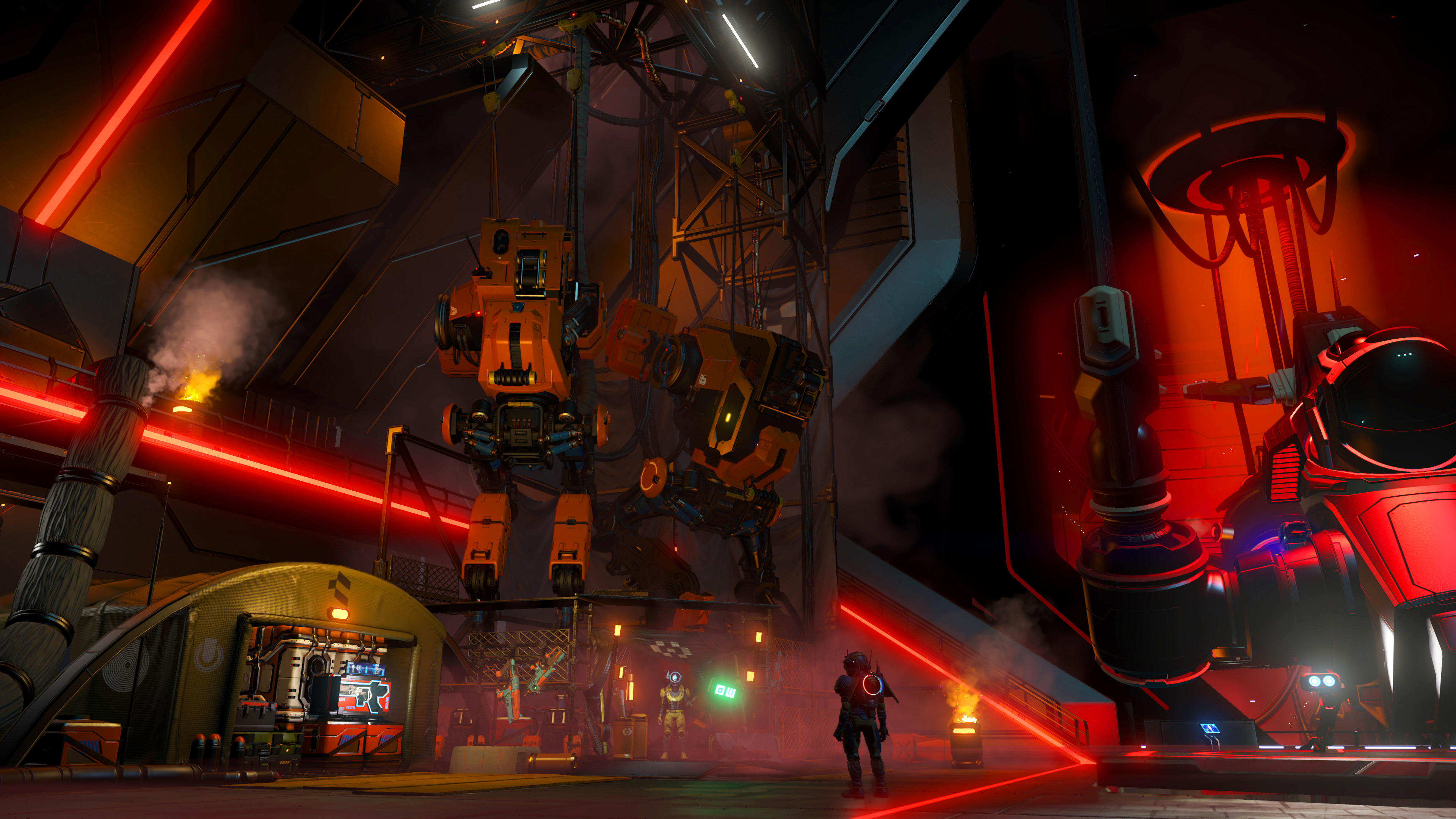 In order to effectively square up to this ominous pirate threat, you are going to want to call upon everything at your disposal, including the all-new ability to recruit roaming pilots into your own squadron to accompany you along your journey. These wingmen will automatically warp to your location during space combat, and can be summoned to fly into formation at any time. 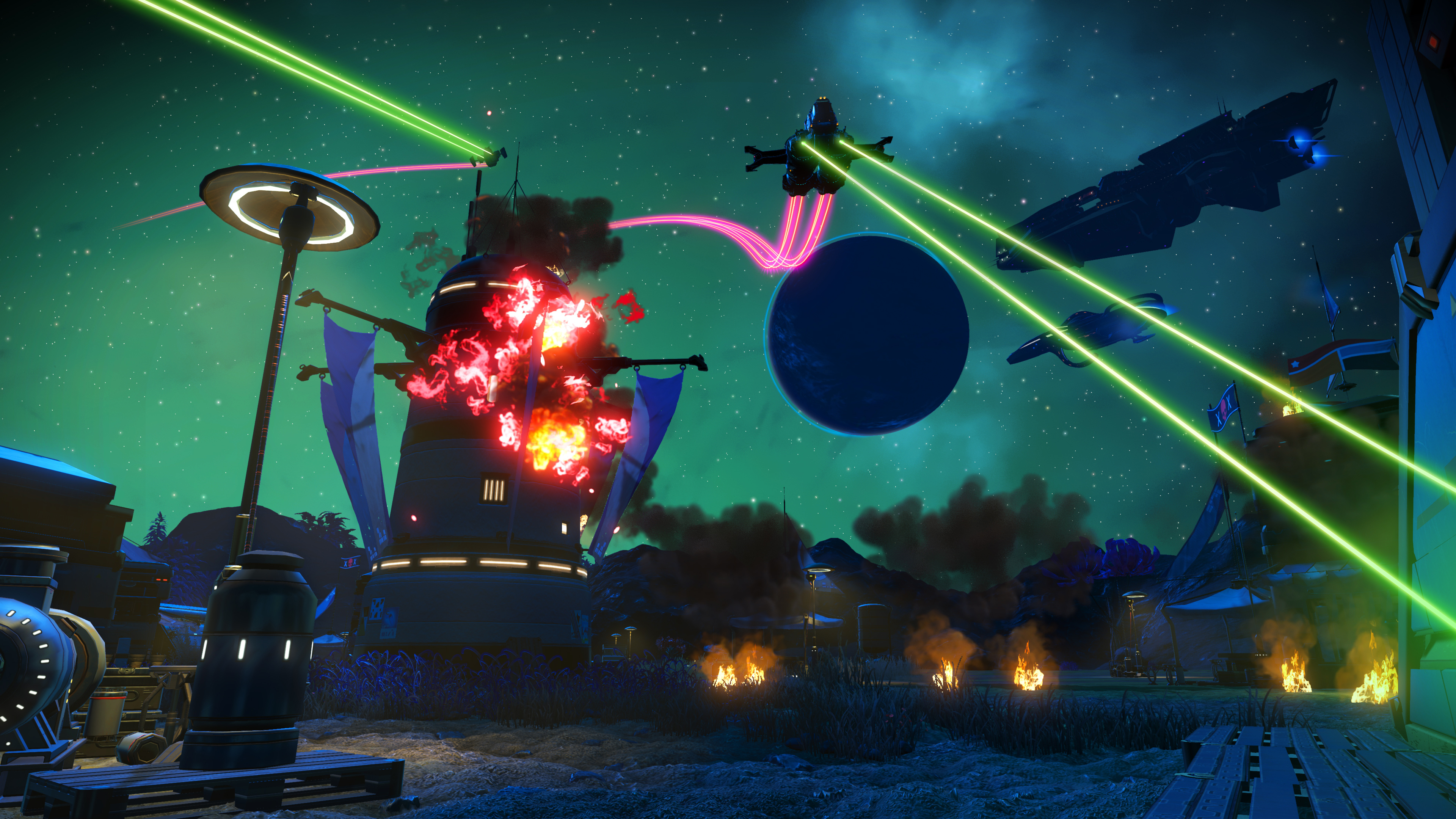 These are just a few of the treats in store for you from today when the OUTLAWS update goes live. I’m continually amazed by the speed with which our small team punches out such amazing content. Full patch notes can be found