Today we are pleased to finally reveal what our small team has been working our socks off on. Full patch notes for Frontiers are available here.

Fittingly for our 5th anniversary update, Frontiers is one of our biggest updates for a long time.

Frontiers introduces the concept of large living breathing planetary settlements which travellers can encounter, interact with and even be elected Overseer of. As the leader of your adopted people, travellers can choose to help them, even lead them, ensure their future prosperity and happiness and ultimately develop these fledgling towns into even larger towns.

You are able to construct new buildings, to see your town grow as you welcome new inhabitants. Citizens will look to you to help solve their problems, make important decisions, keep them safely below sentinel radars, and help defend against drone attacks. 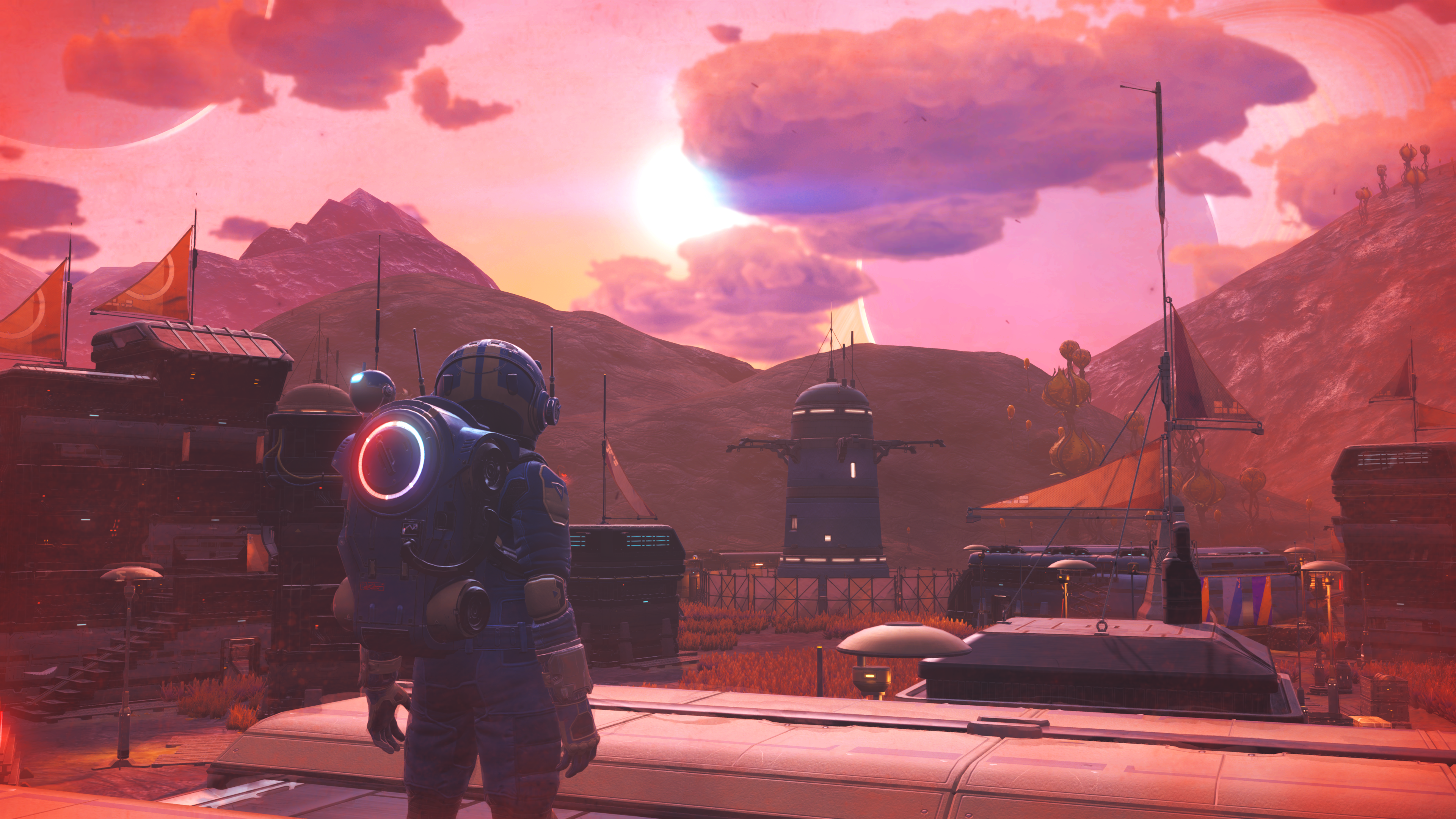 In addition to the introduction of these settlements, Frontiers brings a huge overhaul to base building with hundreds of new base parts, advanced building controls and a new grid menu to aid with even more fanciful constructions. Our very first update for No Man’s Sky was to introduce base building, something which has become one of our most popular features. It’s been nice to mark our anniversary by massively growing and expanding what is possible for players to create.

And the long-awaited Expedition 3, Cartographers, is just around the corner. Join in this latest seasonal event which starts all players in the same place and, as the name suggests, focuses on planetary mapping and exploration. Players will start their adventure with a technologically unique ship which requires bespoke materials to repair. They will need to thoroughly explore their starting world to escape the toxic atmosphere of planet Gisto Major. 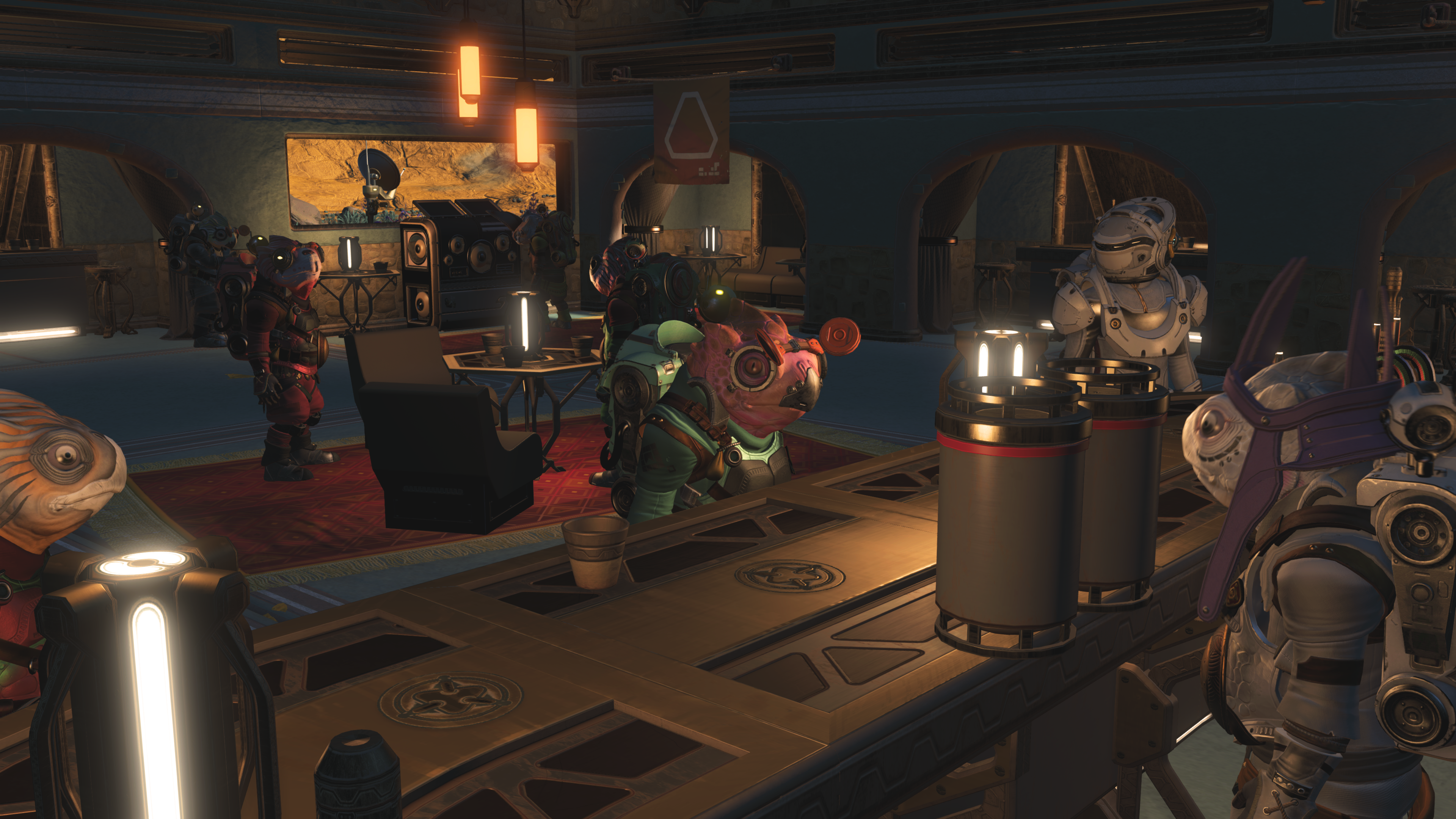 This year alone has seen the introduction of COMPANIONS, EXPEDITIONS, PRISMS and now FRONTIERS. That’s a major update every 8 weeks on average! I’m super proud of the team which is still really small, and I continue to be amazed by their ability, energy and desire to maintain such a consistent cadence of exciting No Man’s Sky features and improvements.

Frontiers will be our 17th major update, in amongst hundreds of smaller hotfixes and patches. This is just another update for us, another step, and there’s more to come. We’re excited for what it allows us to do in future.

Full patch notes for Frontiers can be found here.