It has been an eventful year, and reflecting back, there is a lot we feel grateful for. This year has been huge for No Man’s Sky, and we feel so lucky to be able to continue expanding this game we love – as well as to see the positive reception from our amazing, big-hearted, passionate community. Thank you so much for being with us on this journey, and helping make 2020 a positive year for the game and for the team. 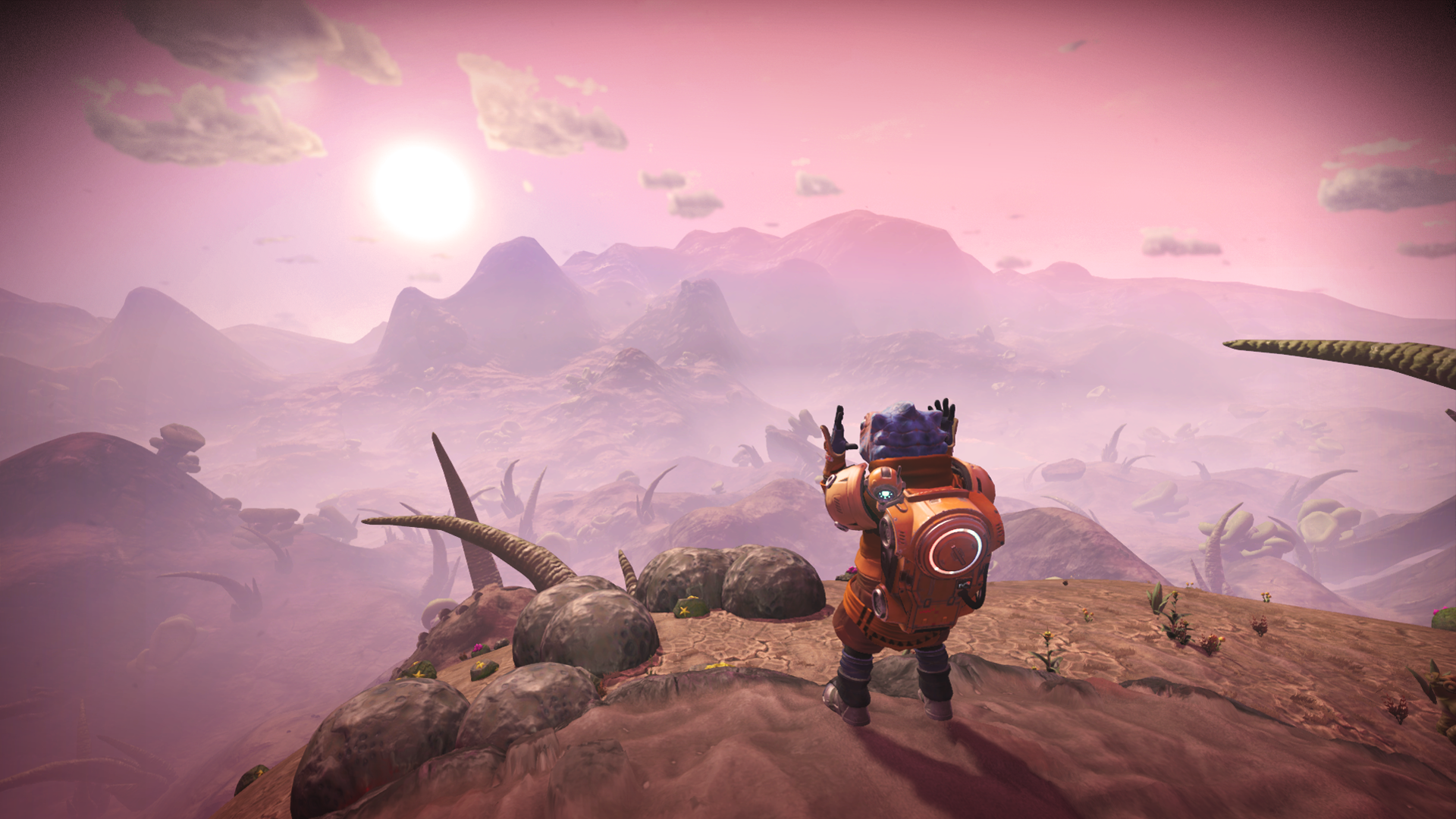 We released six major updates this year – more than in any previous year! In 2020 alone, we introduced biological ships, a fully controllable mech, cross-platform multiplayer, and procedurally-generated derelict freighters. We revamped the entire universe of No Man’s Sky with a wealth of new variety in planetary terrain, life, and atmospheres – and we were there ready for the launch of the latest generation of consoles, PlayStation 5 and Xbox Series X/S.

Origins was a huge milestone update, marking version 3.0 of No Man’s Sky, and recently it won a Golden Joystick award for Best Game Expansion! 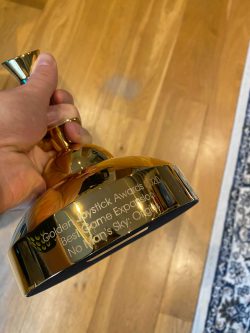 Last night, we were delighted (and genuinely quite surprised!) to also win Best Ongoing Game in The Game Awards – thank you so much to everyone who voted! We couldn’t have possibly foreseen that we would be getting nominated and winning awards for NMS four years after launch – it really does mean so much to us.

This week, we have some new community-themed banners available in the Quicksilver shop, and a refresh of the featured bases available to visit from the Space Anomaly teleporter. This is likely to be our final update for the year, as the team is beginning to wind down, to rest up before next year – when we have much more planned for No Man’s Sky!

Specialist Polo commends travellers for all their recent contributions to the Space Anomaly’s research archives. Most recently, the mission data accumulated has enabled the Quicksilver Synthesis Bot to generate a number of exclusive new base parts: the luminous Flarecap Toadstool, spooky Wizened Stump, and mysterious Mud Hut. 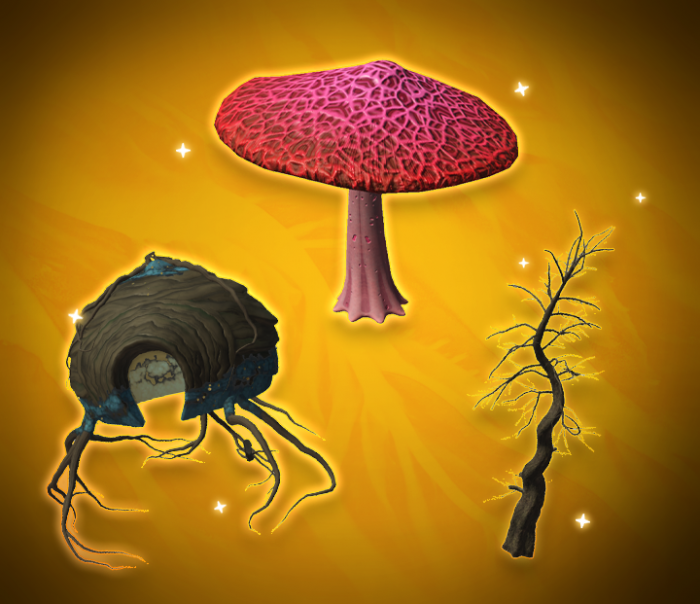 Polo’s robotic companion has been observing the social patterns of travellers with some fascination, and is now developing blueprints for a number of community-themed banners. 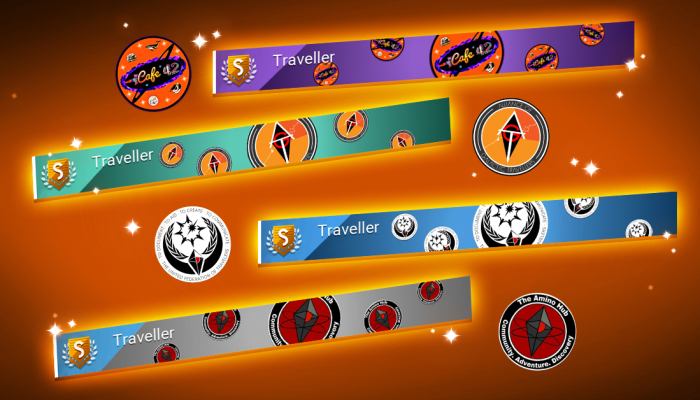 Complete missions at the Nexus to contribute towards unlocking banners for the Alliance of Galactic Travellers, Amino Hub, Café 42, and United Federation of Travelers. All unlocked banners may be applied to your profile at an Appearance Modifier.

Over the next few months, daily Quicksilver missions available at the Nexus will be more lucrative, now rewarding 450 Quicksilver each. New means of earning this strange and valuable substance are coming soon!

We are continually astonished by the skill and creativity of the space architects in our community, and have just refreshed the set of community bases featured at Mercury’s teleporter aboard the Space Anomaly. 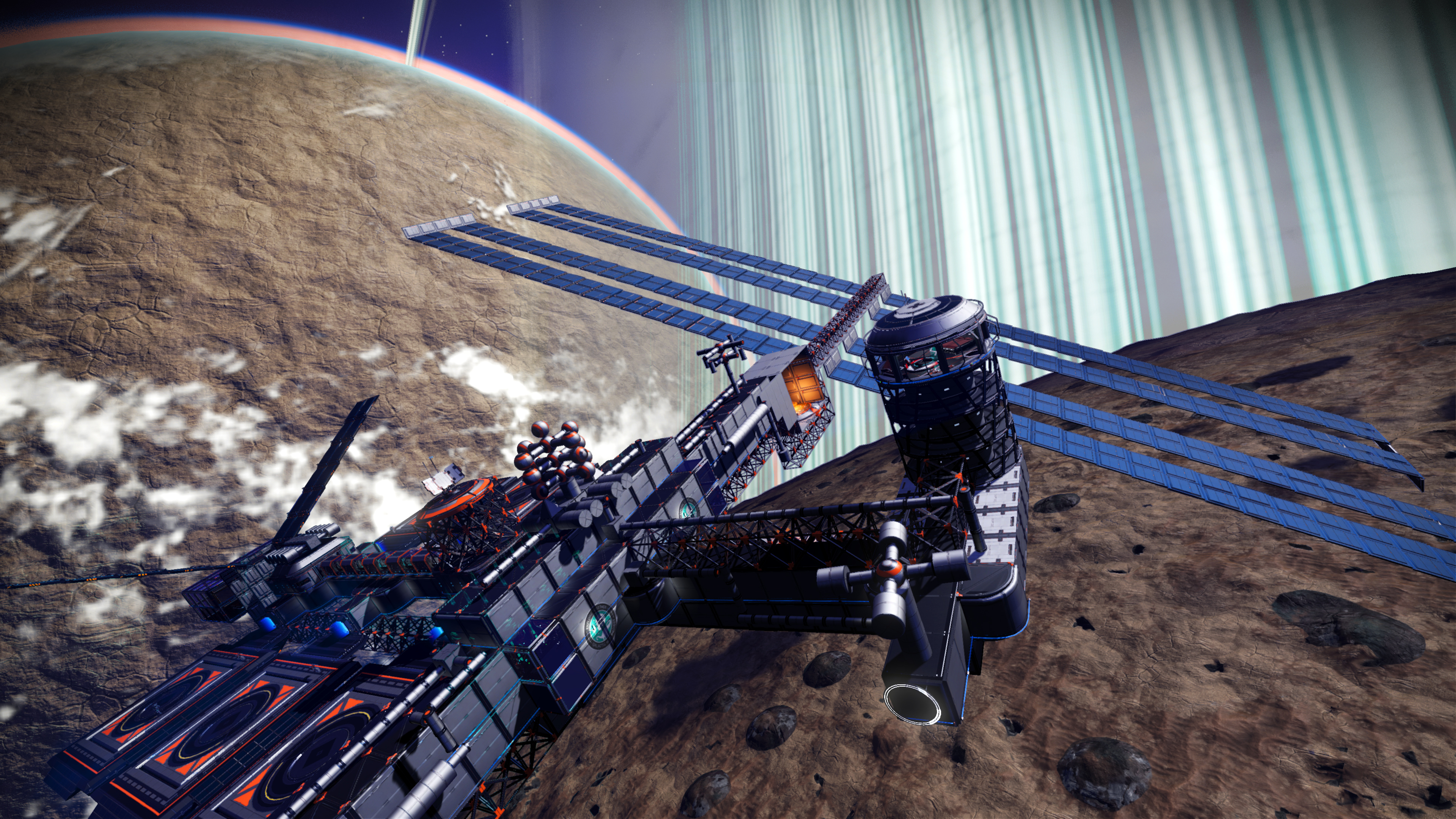 If you would like to see your base featured, the best way to help us find it is if you share it online, on a platform such as Reddit or Twitter. As well as the name of the base and some screenshots, please include your portal coordinates, current galaxy, username and platform when you post it! 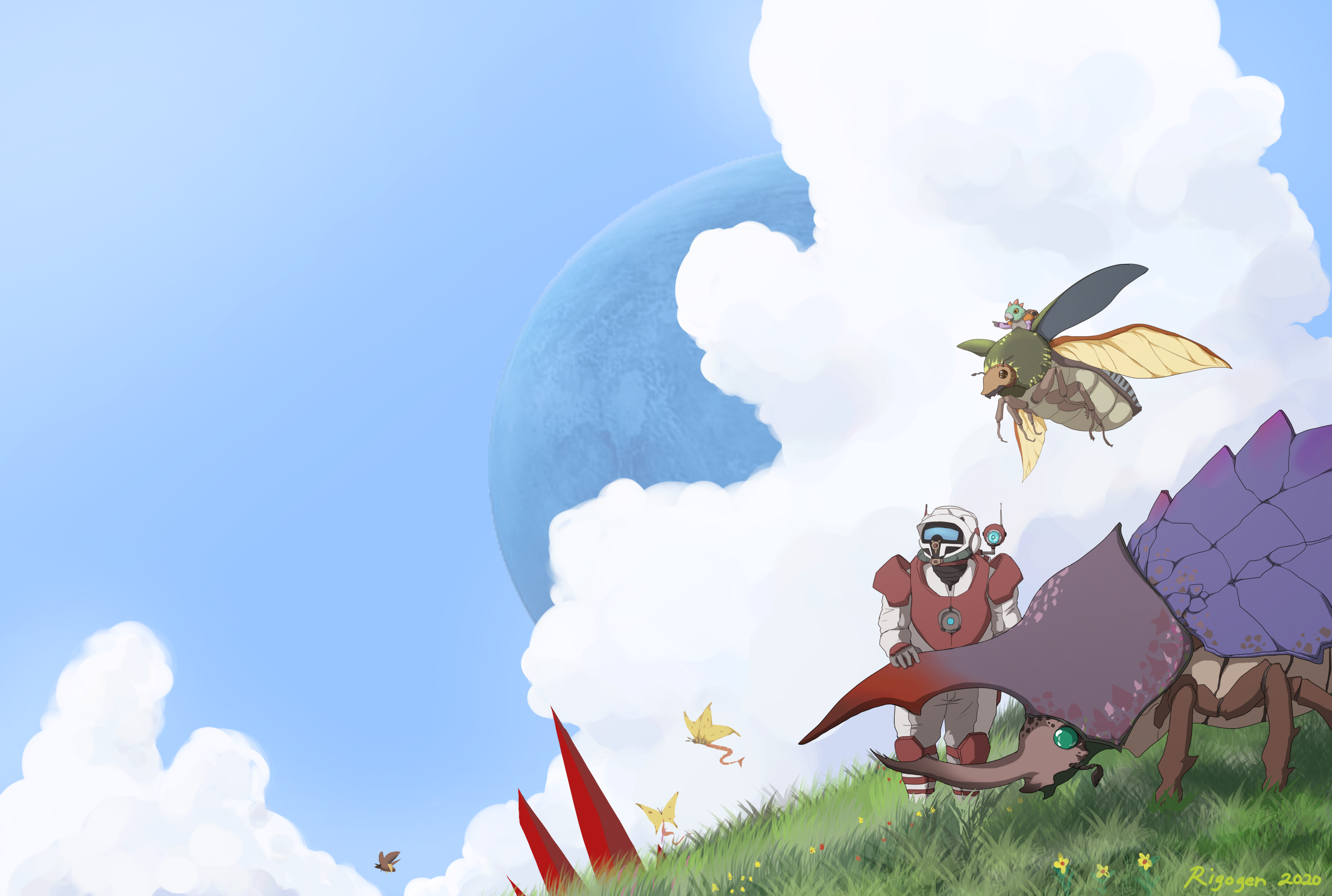 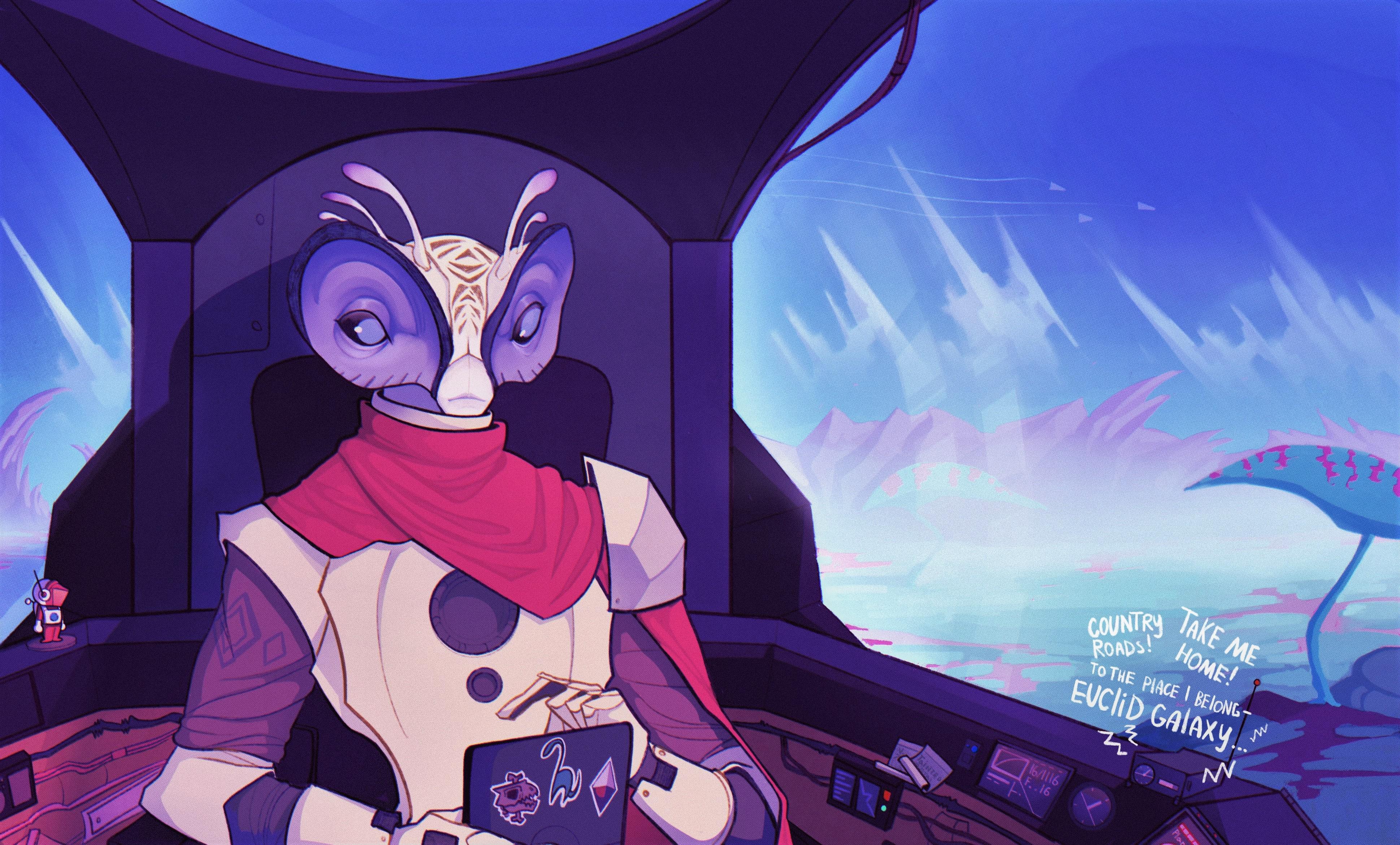 We also loved this “cockpit radio” concept from /u/cardo_de_comer. So many details to appreciate! 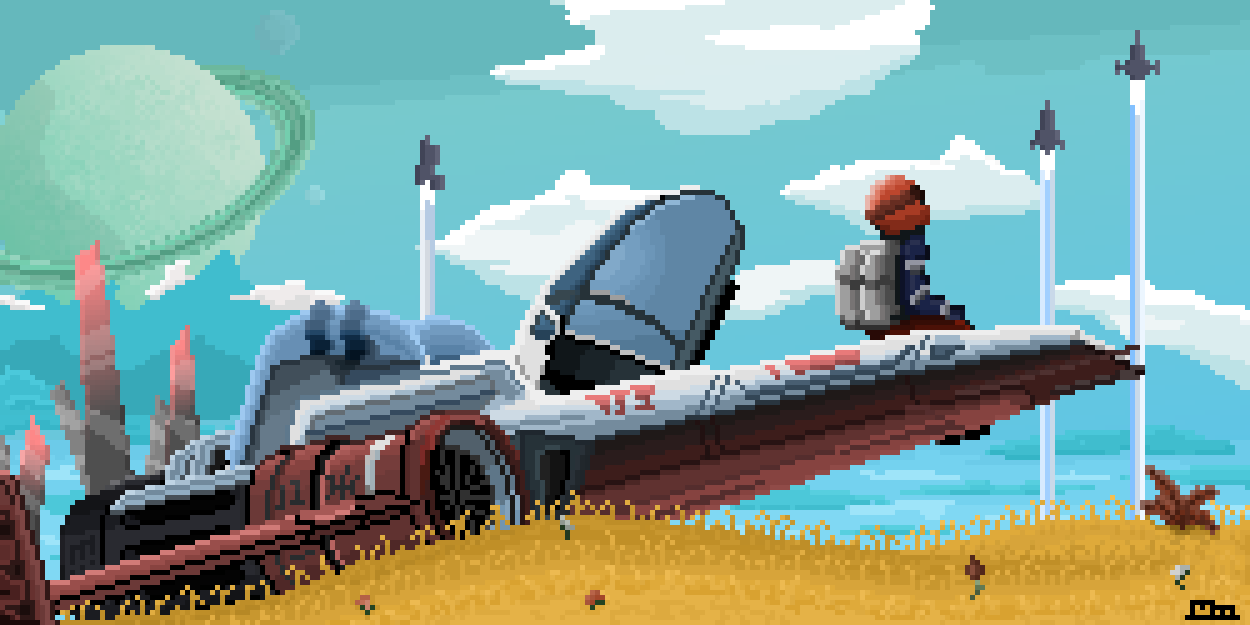 And in an entirely different style, /u/MuFuTee created this brilliant pixel art interpretation of the original No Man’s Sky cover art.
Thank you to the in-game photographers @paconoms, /u/Salkley, /u/AnalysisVisor and /u/wildan3236 for these lovely screenshots!

2020 has been such a huge year for us. Six major releases for No Man’s Sky, a BAFTA nomination, four awards, and we also launched an entirely new game that we are very proud of – The Last Campfire – which has been a real labour of love for a small subset of the team.

We hope the new community banners and new set of featured bases goes a small way towards showing how much we appreciate our amazing community – none of this content would be possible without you!

We will see you again next year. Our journey continues.