No Man’s Sky: Next Generation Update

We have been overwhelmed by the positive reaction of the community as travellers new and old have been exploring our last big update, No Man’s Sky Origins. Thank you all so much for your kind words and feedback, it was so satisfying for the team to watch your reaction.

Hopefully this year has been a mix of things you wanted to see in the game and a few surprises along the way. But we are not done yet. There is one more surprise…

Today we are announcing perhaps our most important update of the year, No Man’s Sky Next Generation, coming to PC, PlayStation 5, XBox Series X/S.

This has been a huge undertaking for us, in the works for over a year. We wanted to do the next generation of consoles justice. For us that meant:

Full patch notes can be found here, but some of the key features are below… 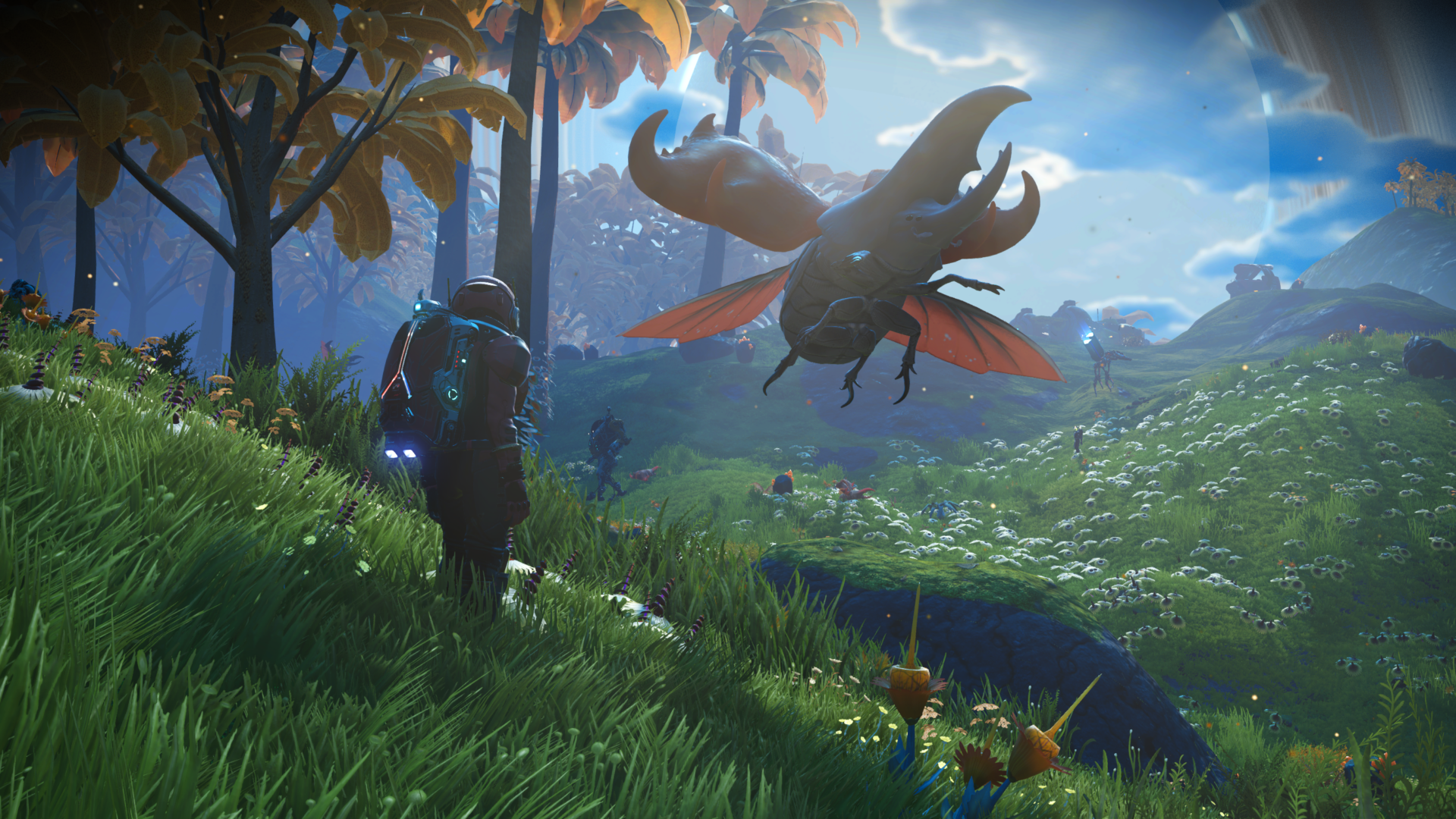 Fuller Worlds
Next generation hardware allows No Man’s Sky’s procedural generation to create lusher, richer and more densely populated universes than ever before. Planet surfaces are even more detailed, with thousands more rocks, alien grasses, and exotic flora on screen at any time. Also available to PC players.

32 Player Multiplayer
For the first time on console, up to 32 players can join forces to build, survive, fight and explore the galaxy together.

4K at 60FPS
On next-generation consoles players can experience the universe in pin-sharp detail at higher framerates.

Vast Base Building
Players can now work together to build huge off-world communities, with the ability to construct vast and complex bases on screen, and render far more on screen. 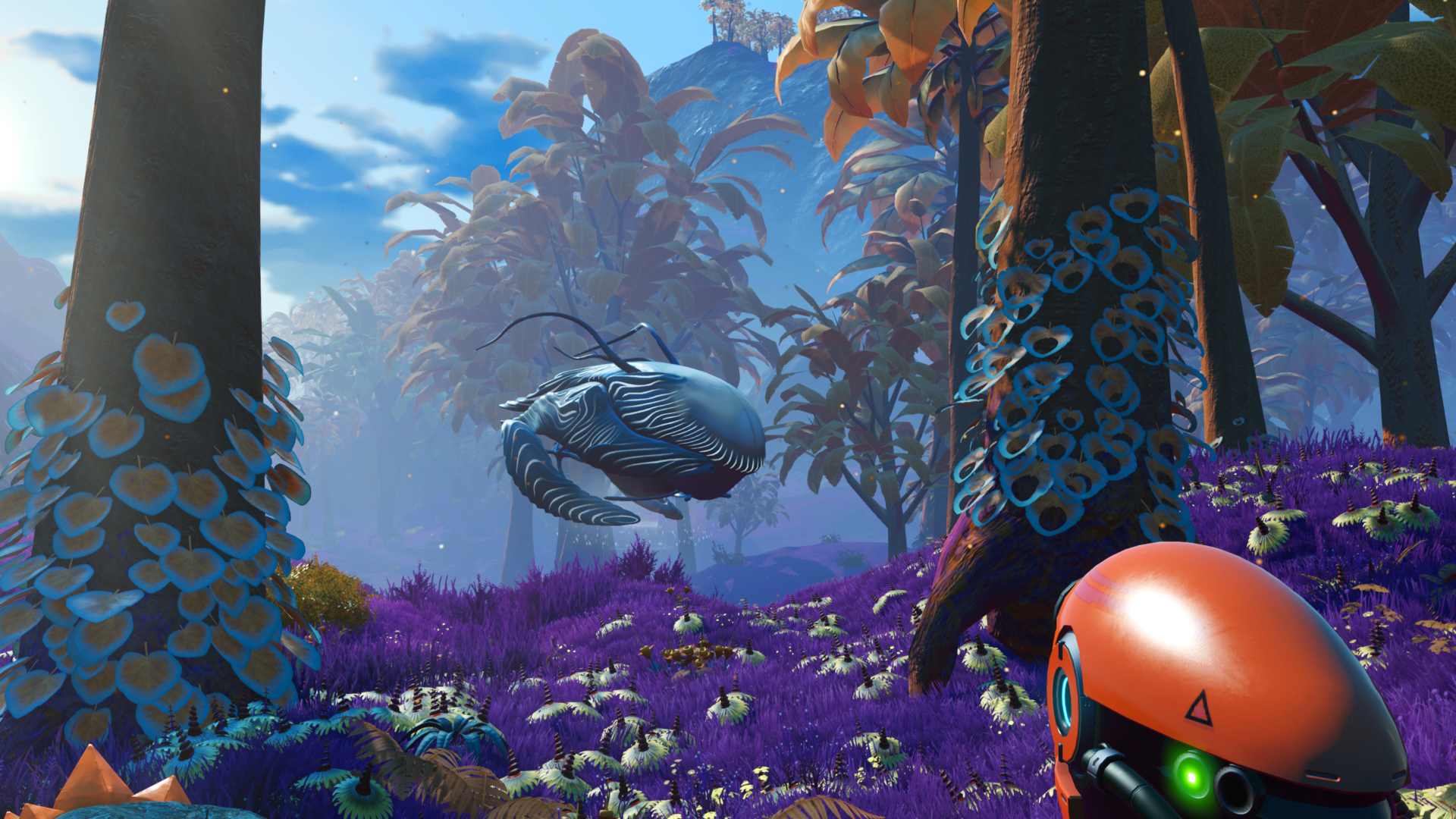 Warp Speed Load Times
Explore the universe instantly with 5-10x reduction in loading times. On next-gen consoles, you can warp from solar system to solar system in an instant.

Crossplay
Next-generation explorers will be able to join together with other adventurers on all other platforms, including previous generations.

Upgrading
Not only will previous owners of No Man’s Sky on current-generation consoles be able to upgrade their game to next-generation for free when the new machines launch in their territory, but their progress can be carried across to their new console.

An Evolving Game
Just another step on the evolution of the best-selling title, No Man’s Sky Next Generation will come preloaded with the previous four years of huge upgrades from day one. Join in the journey at our most important moment yet. 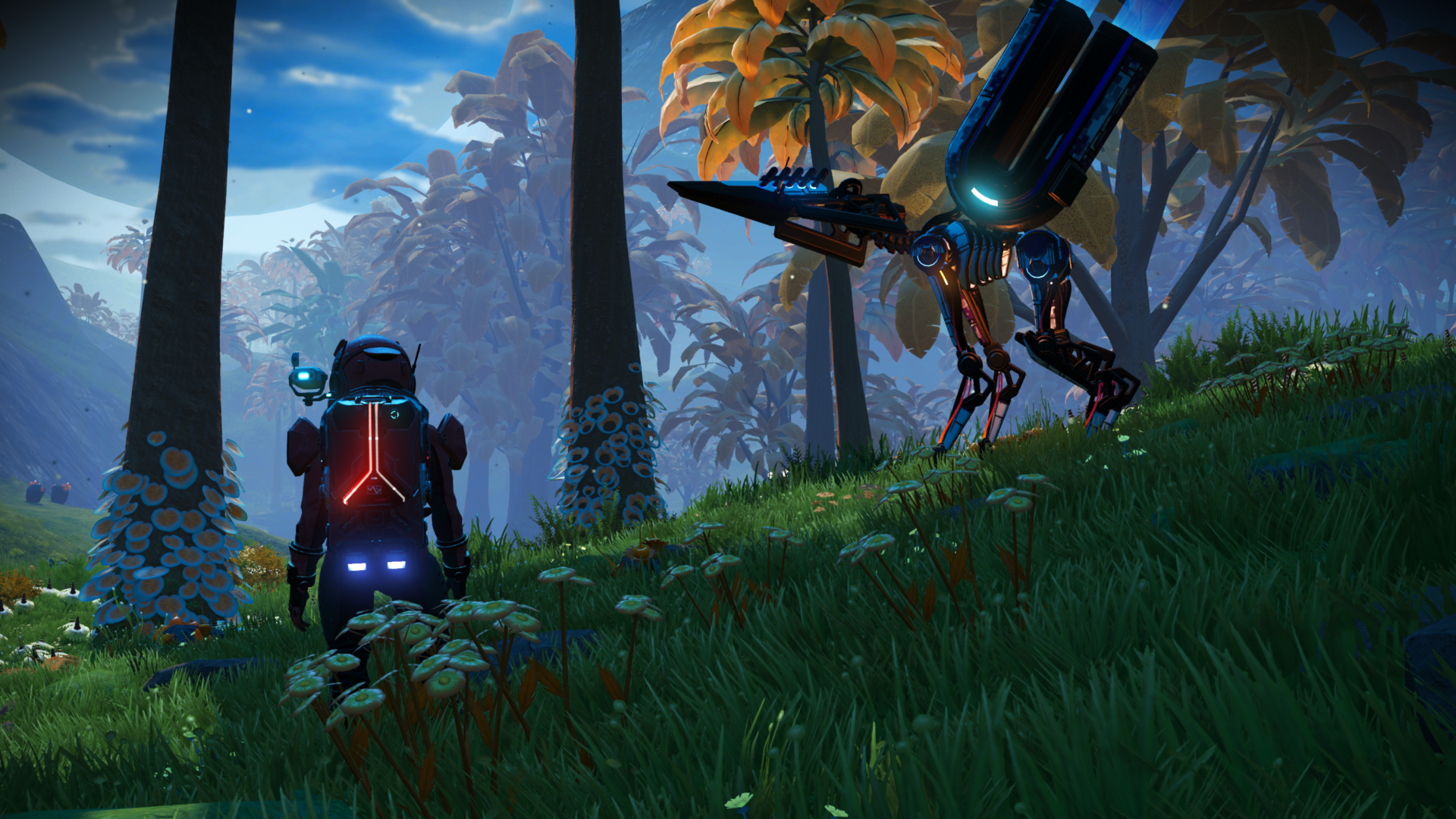 PlayStation 5 Haptic Controls
From the satisfying feeling of firing your boltcaster, to the gentle nudge of a building part slotting into place in a space habitat or the firm click of the trigger in your interstellar ship – haptic controls allow players to feel immersed in an alien world as never before.

PlayStation 5 Advanced Audio
Immersion has always been a pillar of No Man’s Sky. Thanks to PlayStation 5’s Tempest 3D AudioTech, players will be able to soak in the ambience of an alien planet, or feel a ship fly overhead like never before.

This year we promised to do smaller more frequent updates to ensure players were never too far away from the next surprise. We hit the cadence we set ourselves but every update was significantly larger than we ever planned them to be.

Our next generation journey begins.