Even though the drama, adventure and exotic colours of Origins are still fresh in our minds, as the nights have drawn in and the skies have darkened we can’t help but be drawn back to the lost ships and haunted wrecks of the Desolation update. 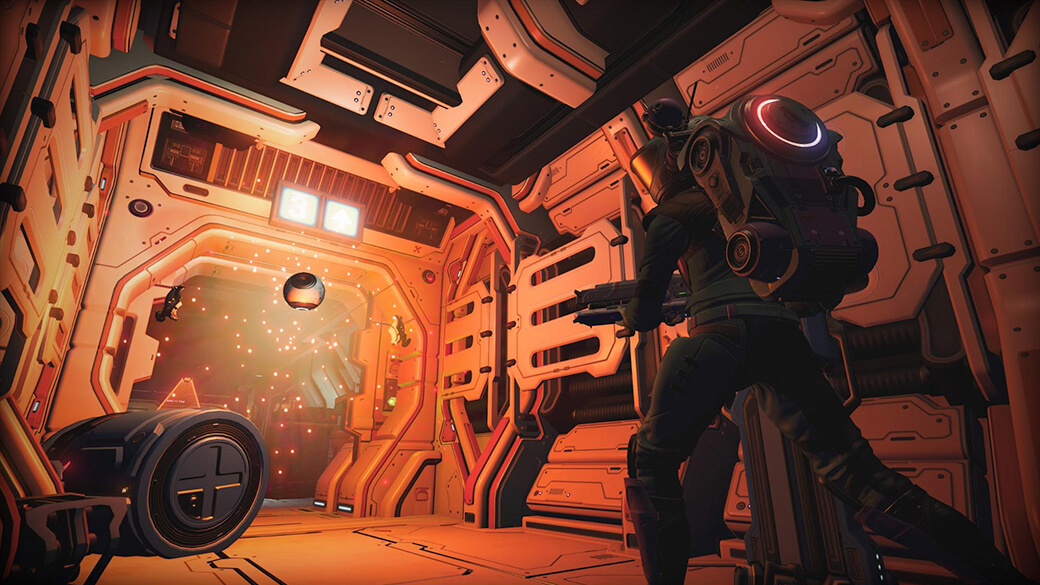 With Halloween around the corner, we wanted to give players a reason to return to the darkest corners of the galaxy. The corroded hulls of derelict freighters can now be mined for a strange new material – Tainted Metal – and rumours abound that highly valuable Quicksilver has begun to leak from their lost cargo holds…

These crumbling space hulks are more dangerous than ever. The aliens that lurk within have mutated into stronger, faster, deadlier versions; the security systems are in overdrive; and the haunting freeze of their sub-zero environment will chill you to your bones.

Those brave enough and strong enough to collect Tainted Metal from these ghastly wrecks will find the space station Scrap Dealer keen to exchange it for an assortment of ominous base decorations and creepy customisation options. 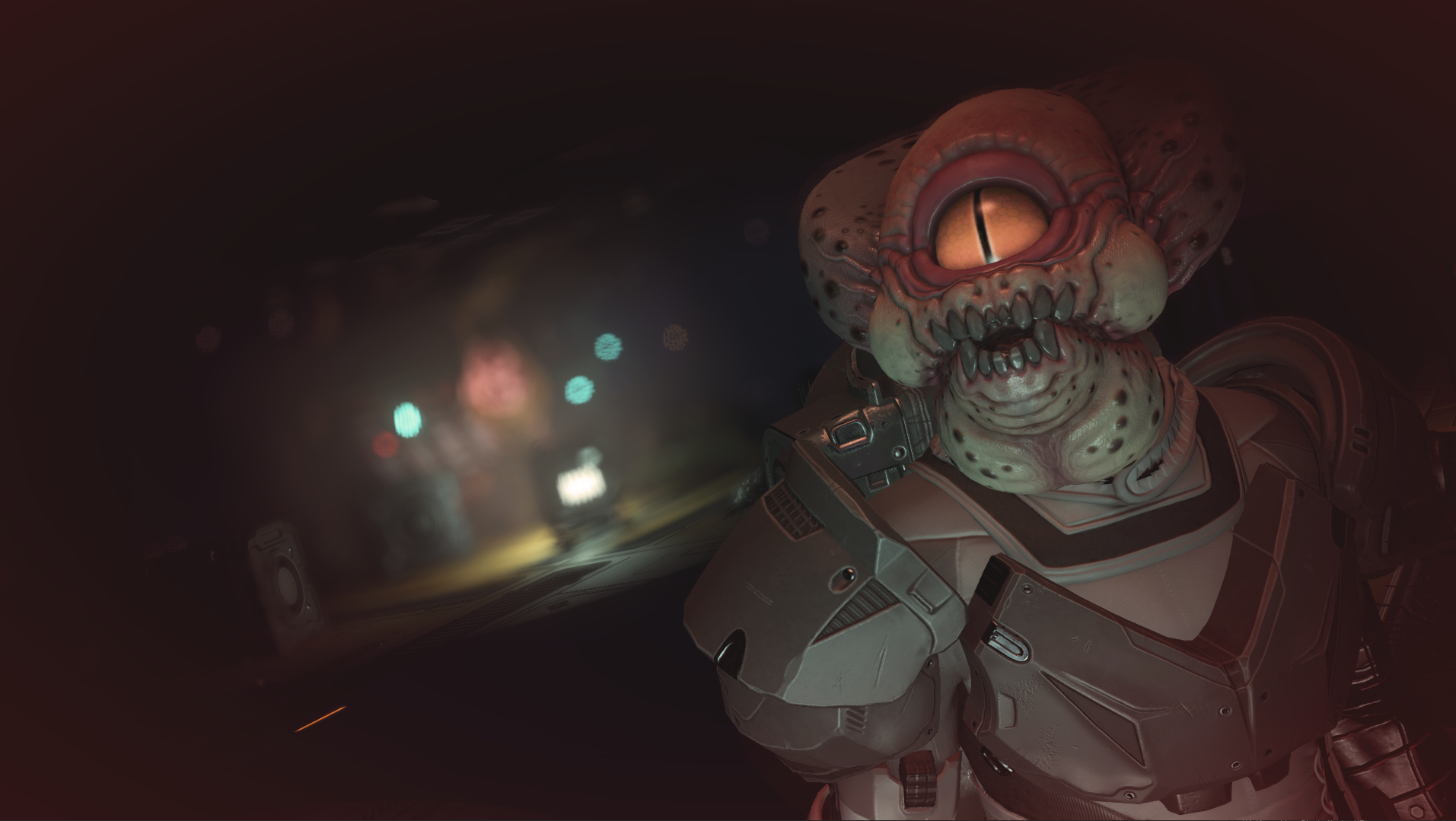 Scrap dealers now stock the sinister Orange Pustule and Detoxified Slime to infest and putrefy your bases, as well as a Wriggling Companion for those who hold the wailing interstellar abyss close to their hearts.

A selection of placeable decals and banners are available, to add a touch of macabre decoration to planets and profiles.

And, finally, dedicated wreck explorers may want to save their Tainted Metal to acquire the Horrific Flesh-Helmet. Transform your appearance via the application of a flesh-hungry parasite.

Through extensive Nexus research data collated by the Quicksilver Companion, travellers have recently unlocked the Celebratory Cactus, Succulent Tree, and Bewitching Cactus, all plantable on any planetary base. 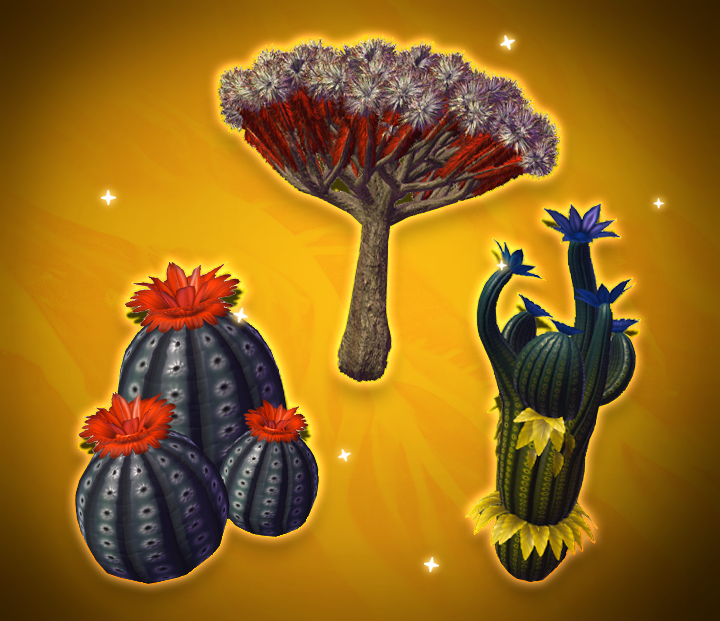 The Quicksilver Bot is now focusing on generating some new starship trails. Fly more discreetly through dark space by muting your ship’s exhaust with the Stealth Trail, or colourfully announce your presence with the Chromatic Trail.

Participate in multiplayer missions at The Nexus aboard the Space Anomaly to contribute to unlocking these new trails, and visit the Quicksilver Bot to exchange Quicksilver for collectables. Progress can be seen in game, or at the Galactic Atlas.

The talented /u/SpaghettiboiDudeMan has produced several more NMS-inspired artworks. We love the colours! 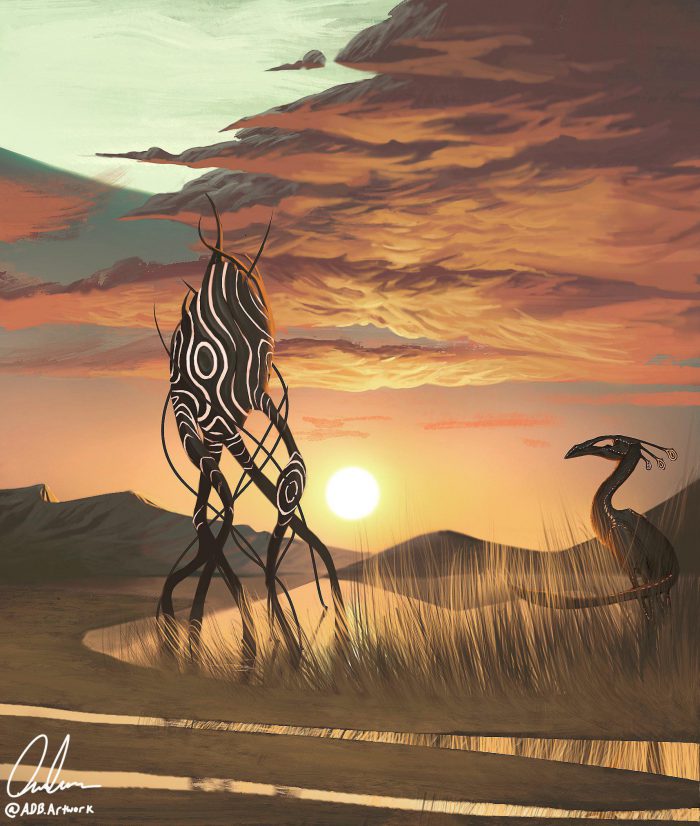 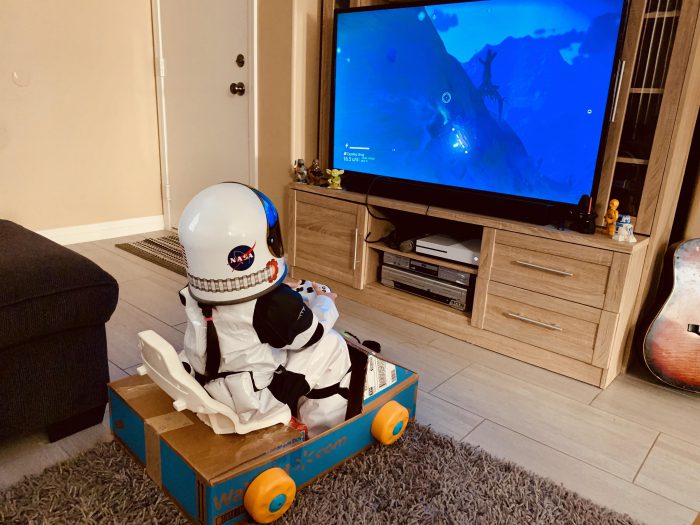 And /u/JesseRaynor shared this adorable image of their 3 year old playing NMS in a home-made Roamer Exocraft!
A selection of some of our favourite recent in-game photography – from /u/AcoupleofIrishfolk, /u/protobomb, /u/EdVintage and /u/tyrannosaur85.

Update 3.05 is available on all platforms now. Alongside the new spooky content and derelict freighter rebalance, the update includes a number of fixes and improvements. Full patch notes are listed below.

This year has been so busy for No Man’s Sky, with the release of five major updates – including the massive Origins – so we hope this Halloween update comes as a nice surprise! We’re not quite done with this year yet, and should have a bit more news to announce very soon.