A few weeks ago, we released our first update of 2020 – the LIVING SHIP. Today we are back with another free update for No Man’s Sky. Introducing the EXO MECH update!

The Minotaur Exocraft is a unique new exocraft / suit hybrid, and introduces a different way to explore planets. This mechanical walker shields its pilot against hostile extraterrestrial atmospheres, providing immunity against hazards such as radioactivity and extreme temperatures.

Its special defining feature, though, is the freedom of movement it affords. The Minotaur’s powerful jetpack allows it to soar powerfully through the air, and land on terrain with a satisfying slide. We think it’s a lot of fun to stomp around in! 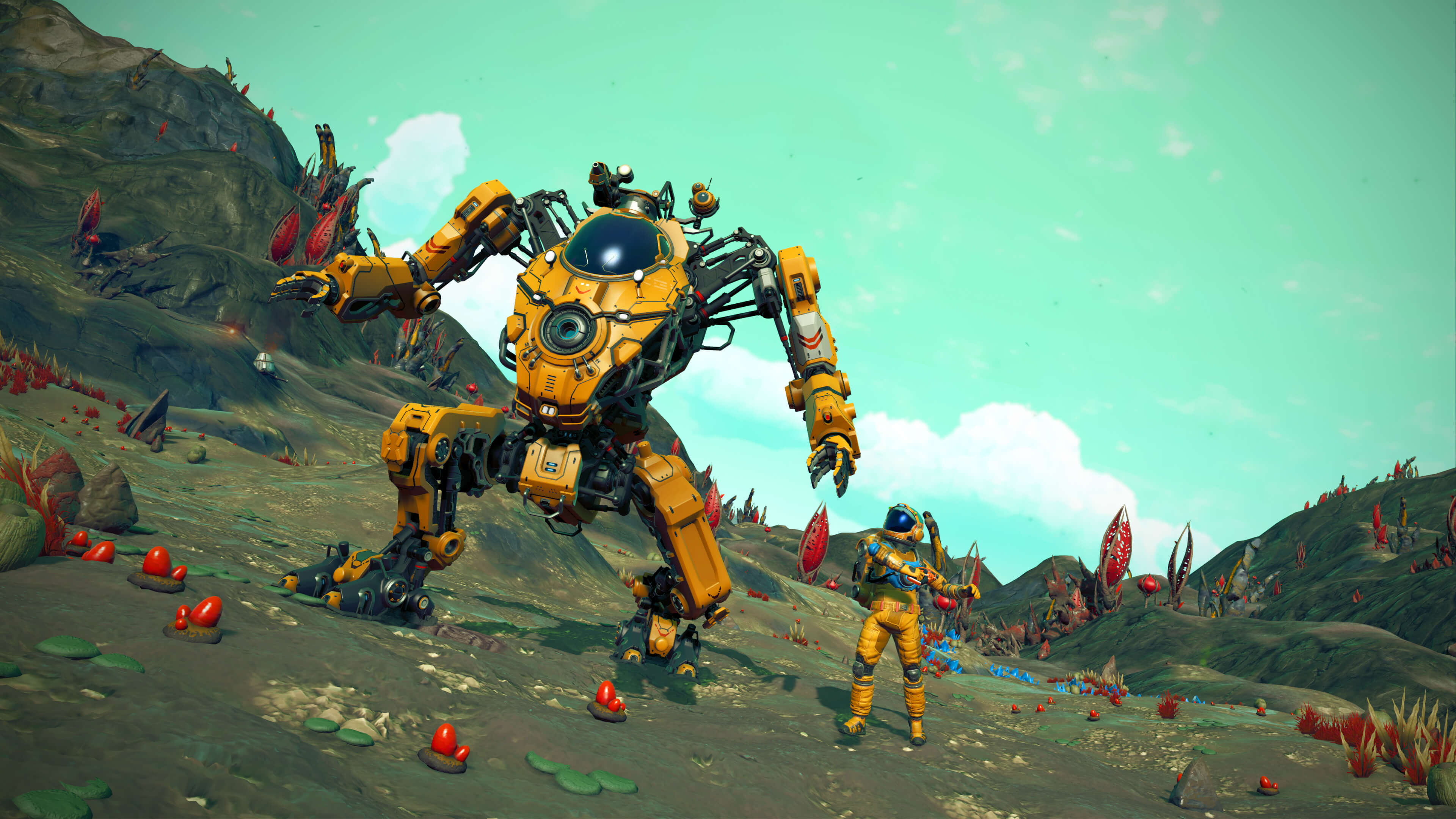 In addition to the Minotaur, the Exo Mech update brings a number of useful new exocraft technologies to the game, several quality of life improvements for base building, graphical enhancements, and much more. 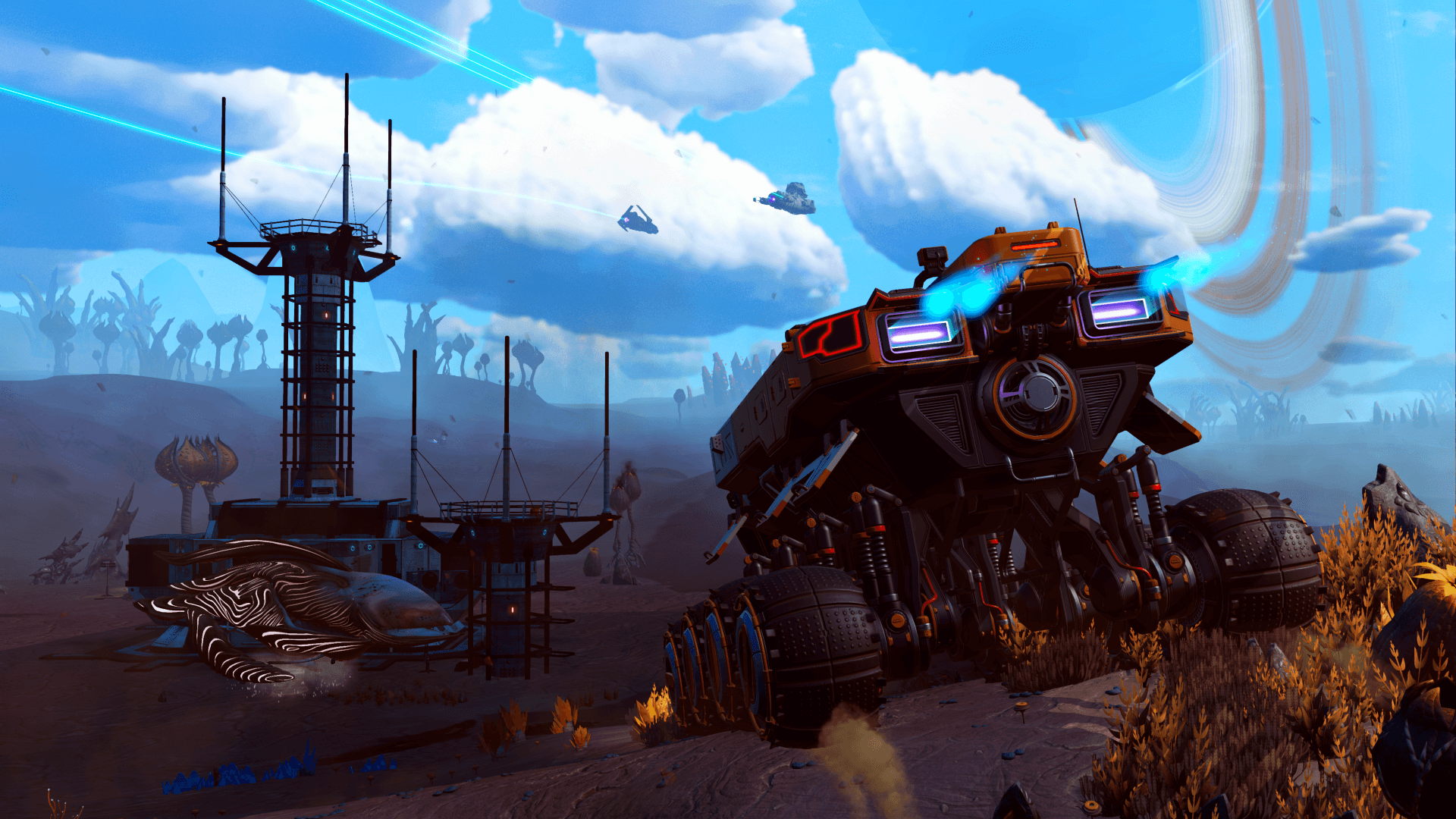 It would feel strange not to acknowledge the state of the world right now. It means a lot to us to see activity like this in the No Man’s Sky community, and the team here are continuing to work passionately on the game, as has always been our way during difficult times. We have so much more planned for 2020 – both in the form of these smaller updates, and bigger, longer-term things – and we are not slowing down.

The full patch notes for the Exo Mech update are available here.