This week, we released our second No Man’s Sky update of 2020 – the Exo Mech. This update brings a number of improvements to the game, in particular to Exocraft and Base Building – but most excitingly, it introduces the new Minotaur mech!

We’re especially proud of pulling this update (and trailer) together under these unusual working circumstances. Last month, the entire team moved to remote working, which is something new and unfamiliar for us. Our small team is used to working together very closely, and it feels strange not sitting next to each other in the office we built.

However, the team are so good at helping each other out that the transition has been smooth, and we’re so glad to be able to release this content we’ve been working hard on. 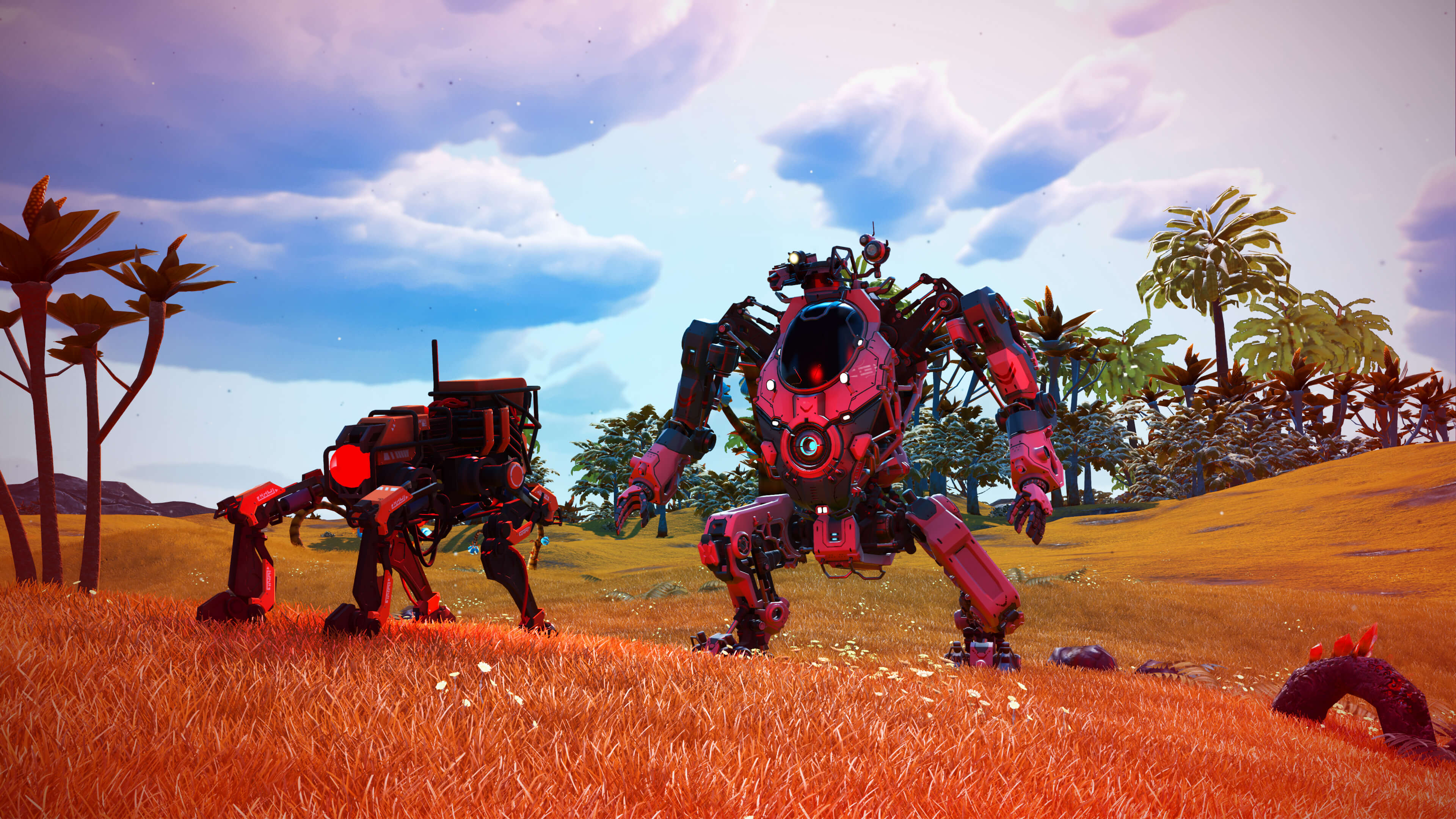 Today, a new batch of exotic collectables has been generated at the Quicksilver Synthesis Companion’s station: plantable toxic flora.

The Blistering Mushroom, Watchful Protrusion and Tentacle Spire are now available to unlock, each bringing a unique alien aesthetic to habitable bases. 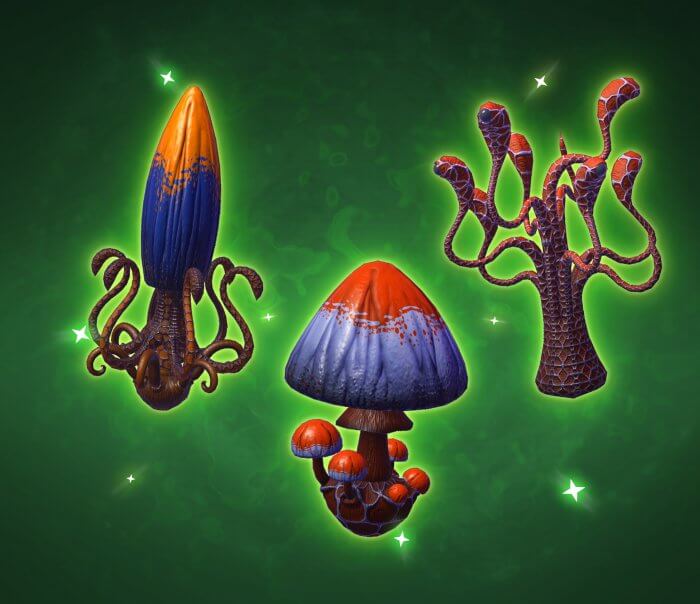 The Quicksilver Bot also applauds travellers for their efficient unlocking of the Curious Fauna Banner, Fine and Tasty Banner, and Banner of the Blob. 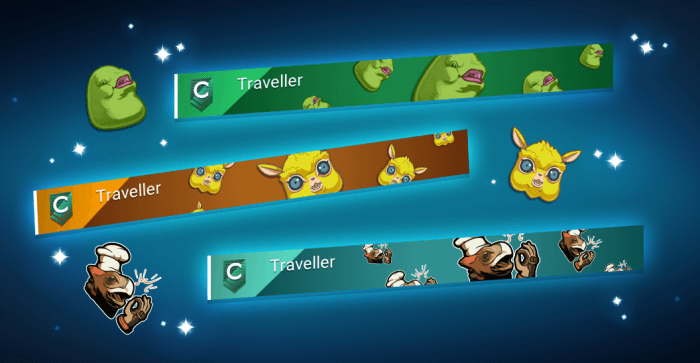 While the Bot’s capacity for emotional expression is limited, it wishes to convey approval towards all who have chosen to decorate their ship cockpits with figurines of Polo or Nada. It seems pleased to see these bobble-headed collectables appreciated.

This past weekend’s offering of Gravitino Balls appears to have settled the most recent rift in reality. The system’s Gek inhabitants praise the heroic efforts of all who contributed.

Priest Entity Nada now reports an imminent new disturbance, though the data is sparse and the images hazy. The only clear detail is the grave of a Traveller, resting on a landscape bleached of colour…

We are always astonished by how much beautiful art pours out of the No Man’s Sky community. We feel so privileged to have such talented people playing our game. The living ship has inspired a number of recent creative pieces… 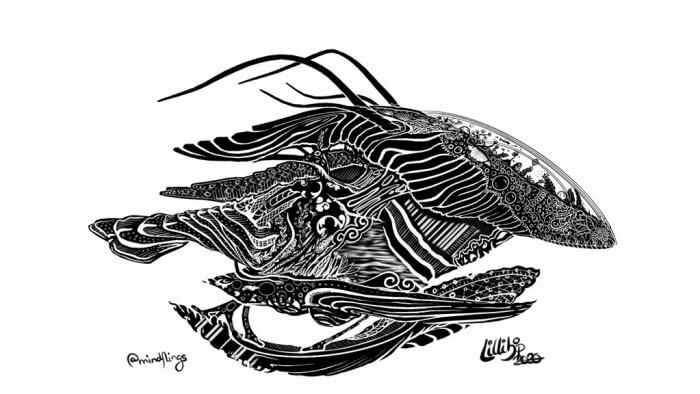 This black and white drawing by @mindflings is a stunning interpretation of the living ship. 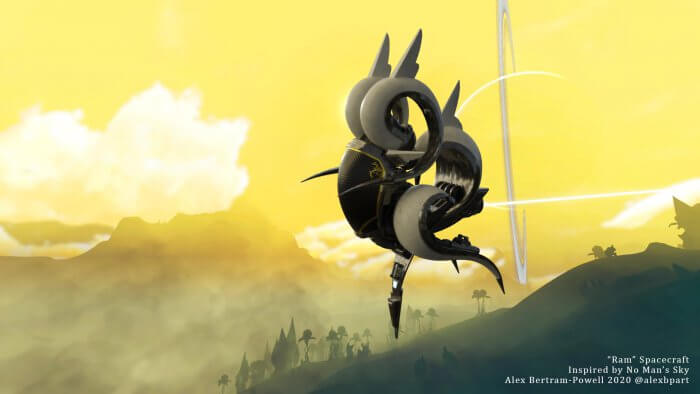 We love the creativity of this organic “Ram” starship by @alexbpart! 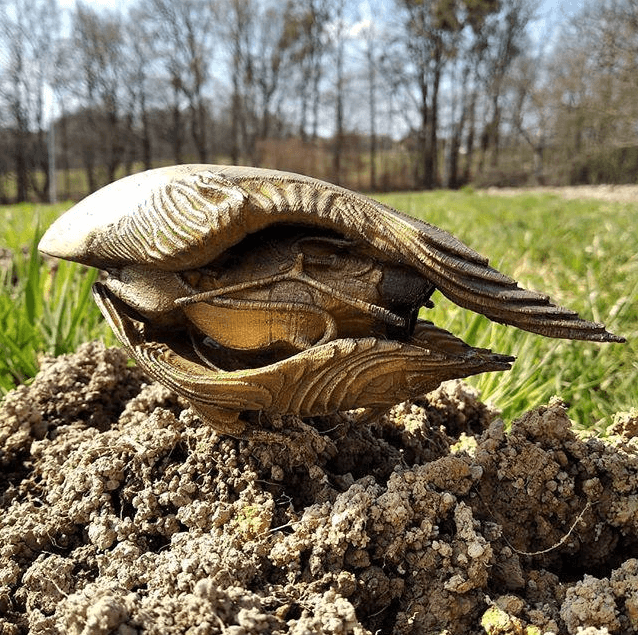 Thank you so much for playing. Stay safe and healthy, and we will be back soon with more news. We have much more planned for No Man’s Sky this year.