No Man’s Sky Beyond – Virtual Reality

We’re very excited to be able to tell you more about No Man’s Sky: Beyond. A major free update coming in summer 2019 and the next big chapter in our journey.

Beyond is the culmination of several different strands of development. The first component, No Man’s Sky Online, was announced a few weeks ago. A dramatically updated multiplayer experience means players will be able to explore and play together like never before.

Today we’re thrilled to announce the next major component of Beyond: No Man’s Sky Virtual Reality.

As creators of No Man’s Sky, we are in love with everything sci-fi. Virtual reality feels like a science fiction become real, and has always seemed like a perfect fit for this futuristic game of ours.

It’s completely unique to land on a world that no-one has ever seen before and to really feel as if you’re there, and the team has worked so hard to make this a true VR experience rather than a port.

Grab the joystick and thruster to fly your starship over an unexplored alien planet as you peer out of the cockpit at the view below. Reach into your backpack to grab your multitool, touch it to switch to terrain manipulation, and carve out intricate shapes with unprecedented control. Play in multiplayer and casually wave to your non-VR friends or fist bump your PSVR peers.

No Man’s Sky Virtual Reality is not a separate mode, but the entire game brought to life in virtual reality. Anything possible in No Man’s Sky, NEXT or any other update is ready and waiting as an immersive and enriched VR experience.

No Man’s Sky Virtual Reality, like all the parts of Beyond, will be free to existing players. However, we’re excited to announce that the release of Beyond will see an exclusive retail release of the game on PlayStation 4. This physical edition will come with the base game, VR support, and every update so far, including Beyond.

No Man’s Sky Virtual Reality will bring the experience to PlayStation VR and Steam VR, and will be released simultaneously on both platforms. 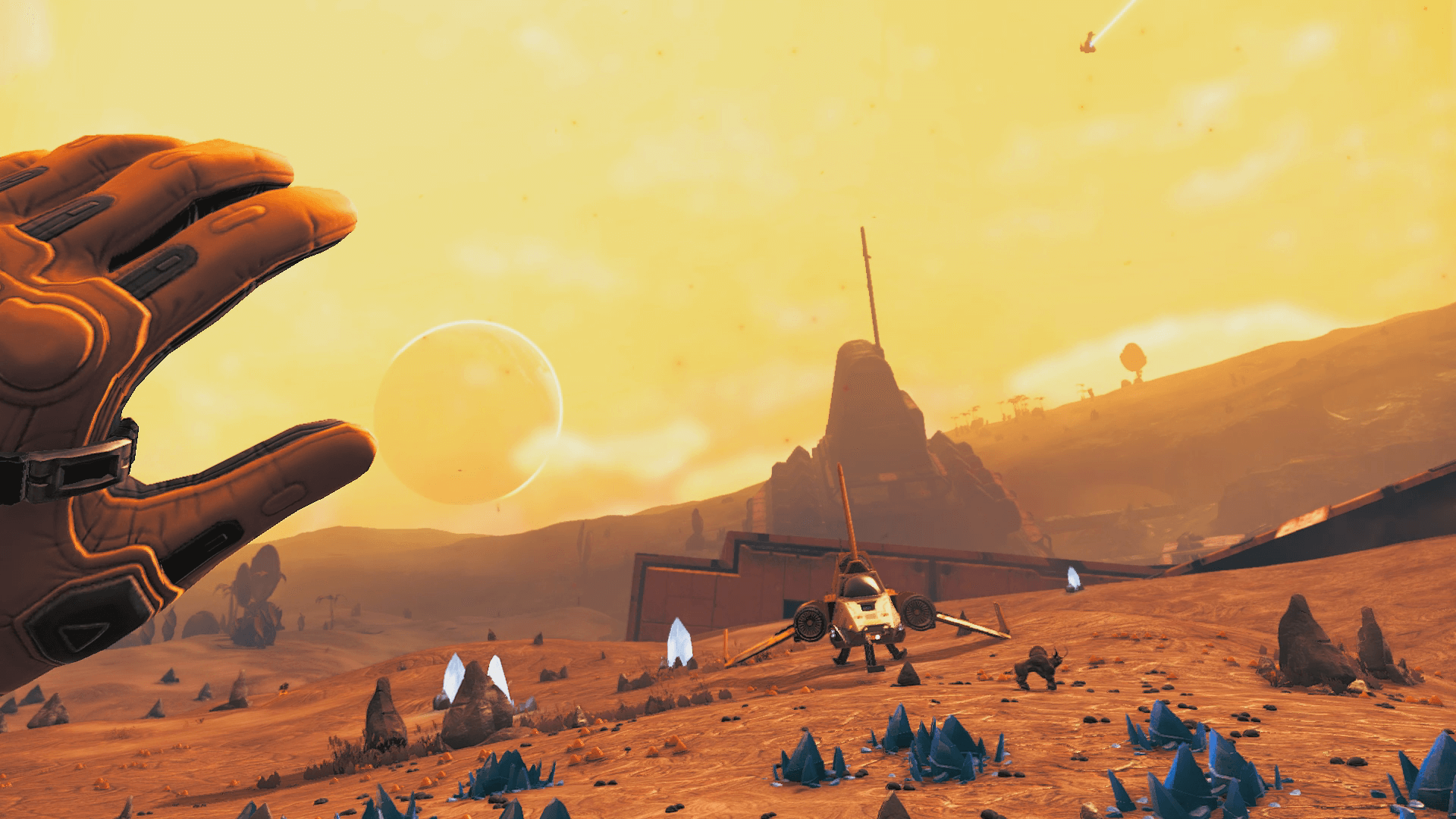 By bringing full VR support, for free, to the millions of players already playing the game, No Man’s Sky will become perhaps the most owned VR title when released. This amazes us, and is utterly humbling. The team is working so hard to live up to the expectations that creates. We are excited for that moment when millions of players will suddenly update and be able to set foot on their home planets and explore the intricate bases they have built in virtual reality for the first time.

As well as Online and Virtual Reality, No Man’s Sky Beyond contains a third major feature set that we’ll be talking more about when we can.

This is an exciting time. Thank you so much for being with us on this most ambitious chapter of No Man’s Sky.