It’s now been a week since we released Visions, and we’re so happy to see players discovering and enjoying the new colour palettes, exotic landscapes, flora and fauna, and new rare items and curiosities to collect! We think we’ve succeeded in enhancing the sci-fi aesthetic of No Man’s Sky, and making the universe a little bit stranger – something we hope to continue doing in the future.

Today, we are releasing a patch to address a few gameplay and stability issues. We also wanted to write a small development update to highlight some community activity and reflect on the status of the ongoing two-week research mission.

Specialist Polo and Priest Entity Nada have detected another shift in the fabric of realities – an aftershock of the universal regeneration that occurred only a few months ago. Dead planets have awakened and twisted into strange new environments, and Polo invites their explorer friends to first discover the anomalous flora sprouting on one of these exotic biomes, then discover as much flora as possible across the entire universe.

Perhaps as another result of this aftershock, something has changed in how the Space Anomaly is receiving and processing data. The boundaries between realities are weaker than ever. The discoveries of all Traveller iterations now contribute to a cross-reality data pool, and universal progress will unlock additional items at the Quicksilver Synthesis Bot.

Progress may also be tracked from the Galactic Atlas website. 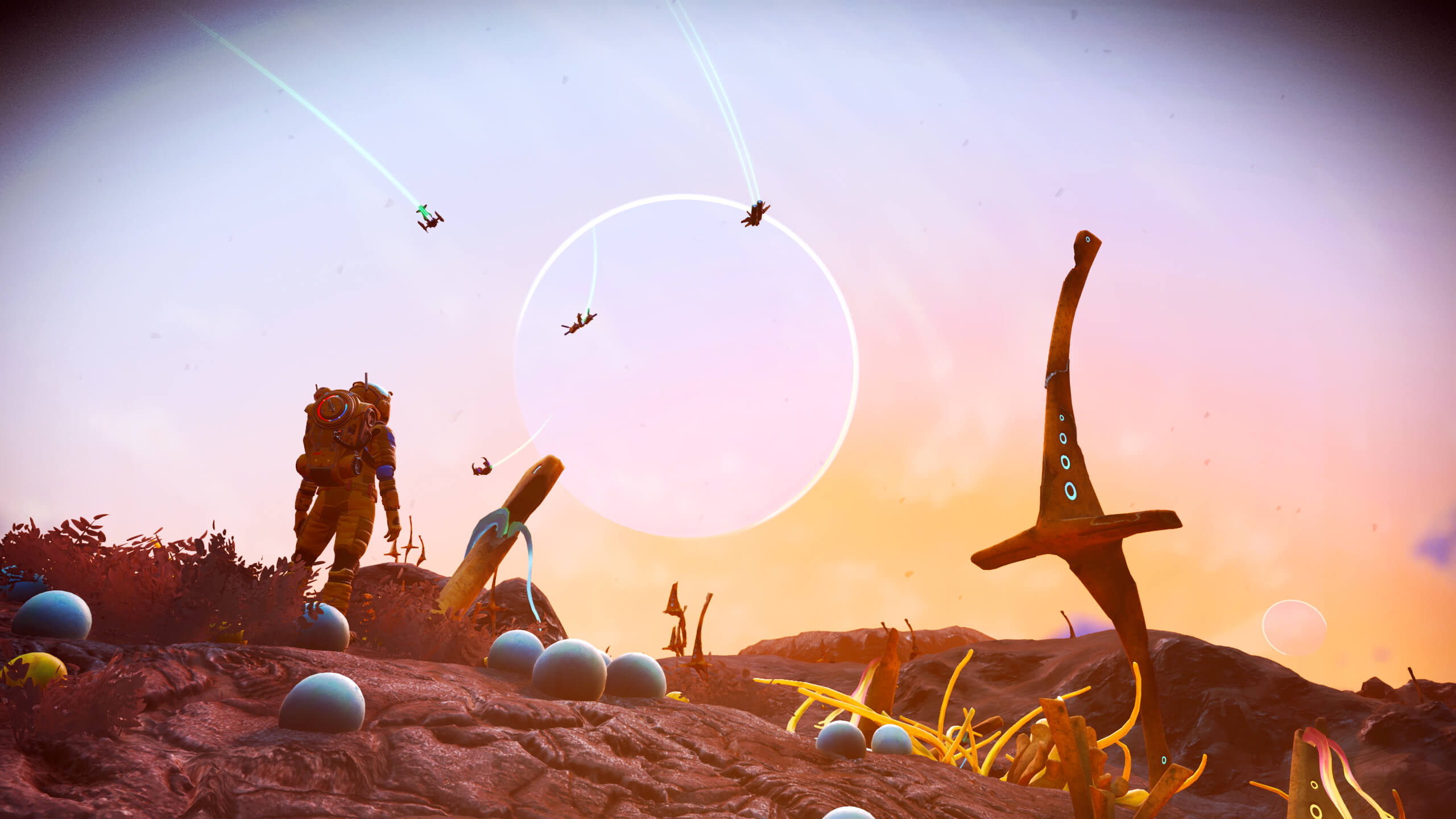 3 varieties of fireworks can be constructed outside to dazzle fellow explorers with colourful pyrotechnic displays in the skies. Not recommended for indoor use. 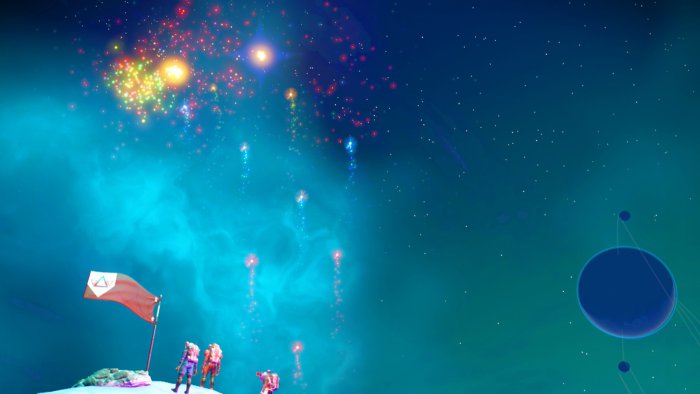 3 new gestures to express disbelief or heroism, or to gaze stoically towards the horizon.

A Pocket Reality Generator, to generate a universe at a miniature scale. 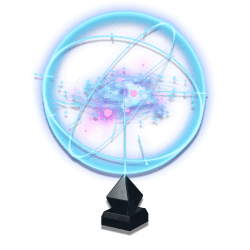 Finally, the Eye of the Korvax helmet introduces a sleek new customisation option. 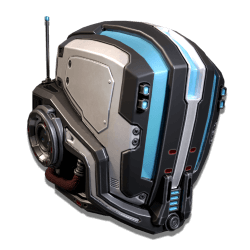 We’re aware that some kind members of the community have nominated No Man’s Sky in the Steam Awards – thank you for the support, it means so much to us!

We’ve continued to see some great screenshots and fan artworks… 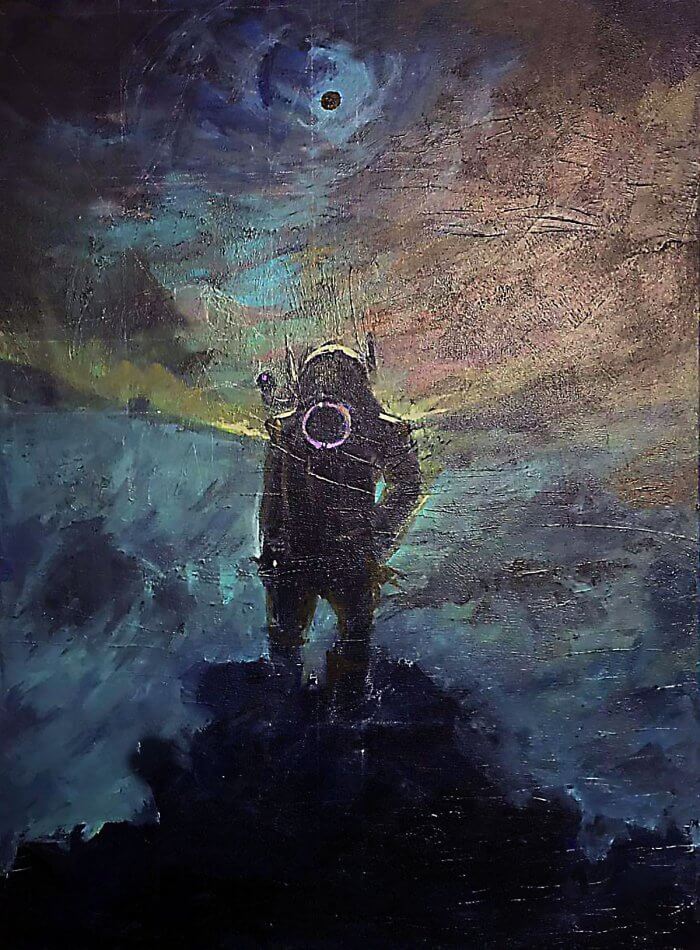 We loved this WIP painting by u/Inkscapade 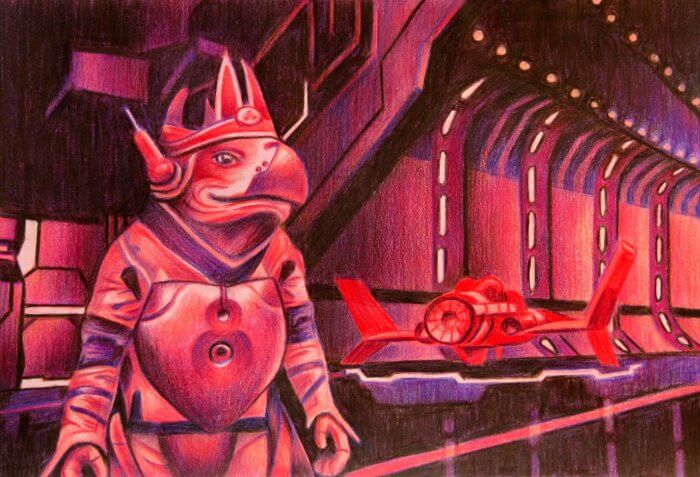 And this Gek character art by /u/hooklinedreamer

The patch notes for Update 1.76 are below, with these fixes releasing for all platforms today. Thank you for playing!