Thank you so much for the positive response to The Abyss update for No Man’s Sky, released only a few days ago. We’ve really enjoyed seeing players experiment with the new base parts, explore the enhanced aquatic environments in the Nautilon submarine, and share their close encounters with fearsome underwater predators.

The team here is keeping up the pace this week with another update, patching up a few issues and introducing the next Community Research mission.

This week, Priest Entity Nada is reaching out to explorers for assistance with Polo’s research missions. Their Gek friend, rattled by the events revisited by the time-altering device, has fallen into an introspective mood, and appears to have withdrawn from the project. Nada intends to act fast to overcome this – with help from their traveller friends across the galaxies.

Nada requests that explorers travel to a strange, colourless planet, and photograph underwater fauna in the darkest depths there. They conjecture that evidence of life enduring in the harshest of conditions will be of comfort to Polo, and – hopefully – will work to restore their usual upbeat disposition. 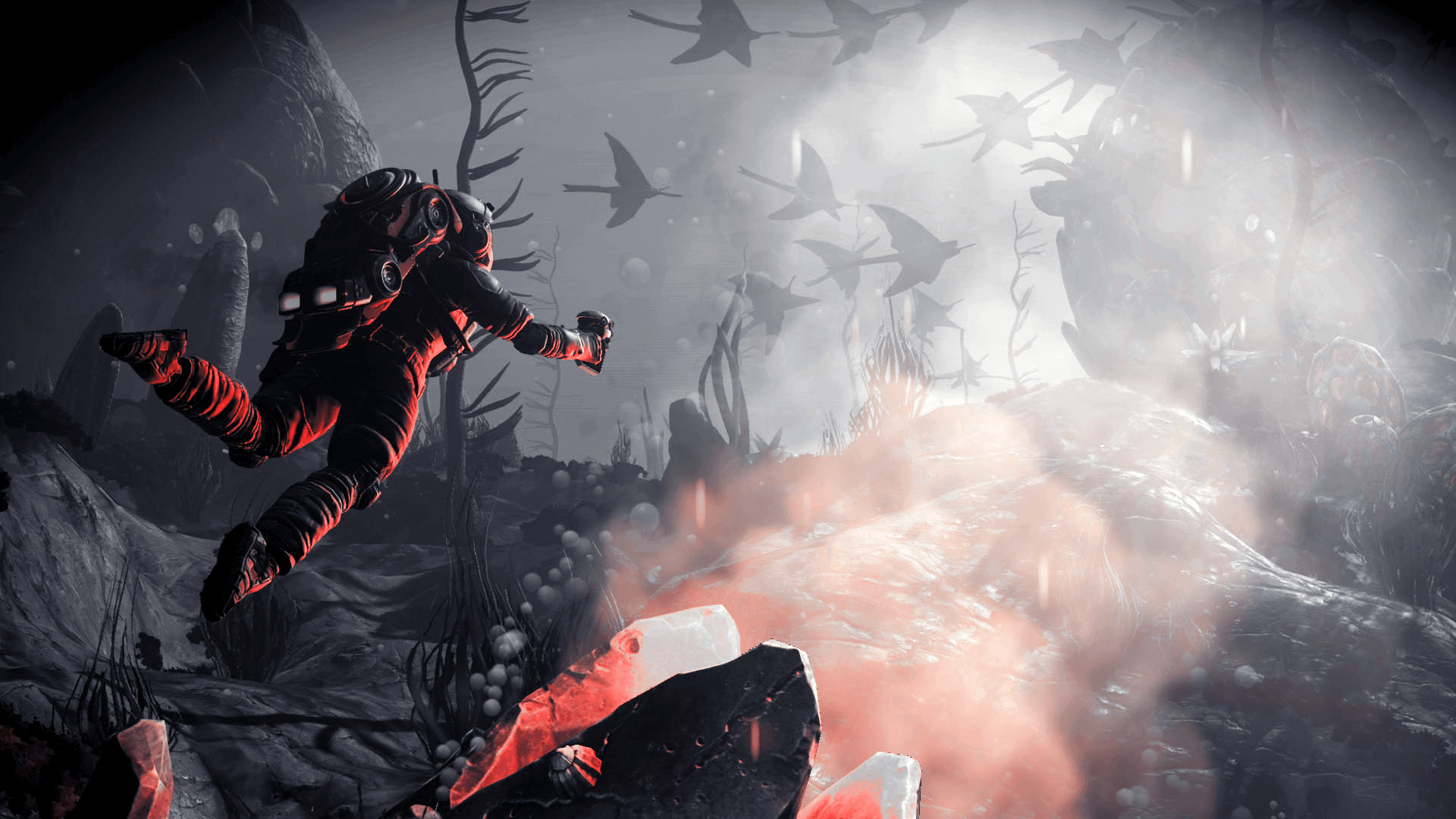 Polo’s synthetic lifeform has generated a number of new collectibles for explorers to trade their Quicksilver for. Several new marine-themed decorations for bases are available, all with customisable palettes… 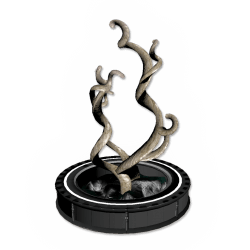 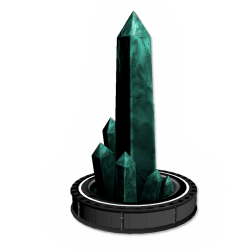 A cluster of aquatic crystals, featuring an unusual marbled colouration. 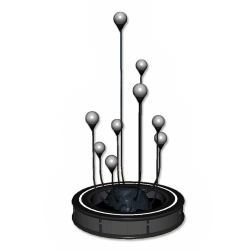 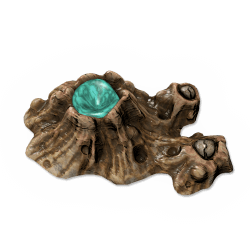 A barnacle that can be placed to encrust the walls of traveller bases.

And a new underwater gesture is also available, to aid underwater communication between aquanauts:

Congratulations to the winners of the r/NoMansSkyTheGame/ Autumn Art Contest organised by the subreddit moderation team! We saw the impressive spread of talent brought out by the competition, but especially loved the winning entry: this atmospheric rendition of a biological horror by /u/MisterKrane. 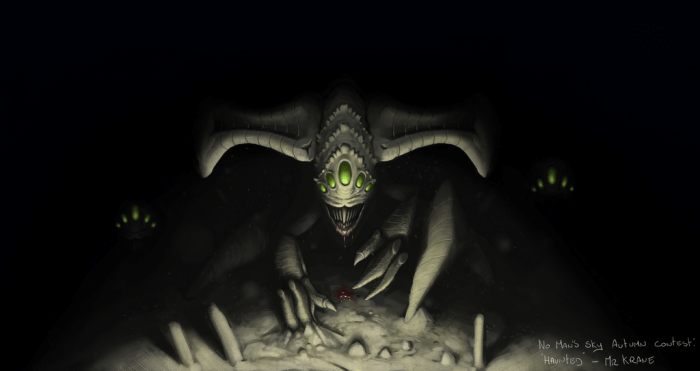 Demonstrating talent in an entirely different medium: a New York band “Weird At Last”, has written this fun song about No Man’s Sky:

We also loved this dramatic shot of an underwater predator from @SpiffSnaps:

And we were very taken with this reconstruction of the International Space Station by /u/Foxhound922! 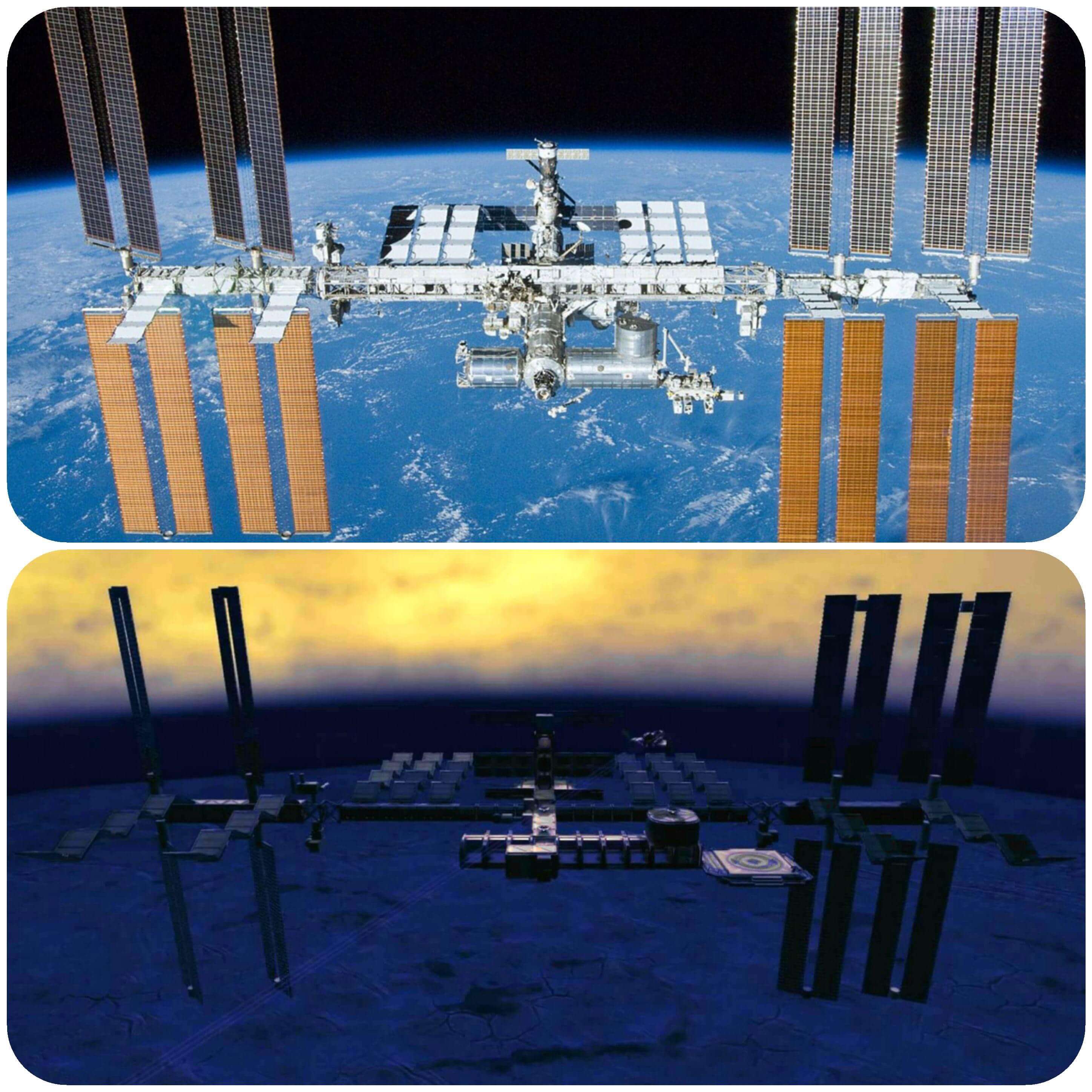 Update 1.71 is now released to all platforms, and the full patch notes are available to read below. It is hard to believe it is already November – this has been such an intense, productive, and emotional year for No Man’s Sky – and there are further strides to take in our journey before 2018 is out. Thanks for being here with us, and for all your encouraging messages of support. We are listening.