Seeing all the player stories and creations emerging from the recent updates has been fantastic motivation for the team here. Thank you for the tremendous effort in highlighting important issues with clear feedback – but thank you also for simply enjoying the game (and for sharing that enjoyment online where we can see it!) It’s why we continue to do what we do.

As we touched on in the last Development Update, we are busy brewing up some larger features as part of the longer journey for No Man’s Sky. We are aiming to share further previews of what’s coming up, as soon as we are ready. In the meantime, this week introduces a new update, 1.60, which includes the features highlighted below.

Specialist Polo has collated all the data they’ve received about creature appetites, diets, and digestion, and are currently analysing the results. Any travellers who collected a mysterious new substance during this research mission may be able to fetch a reasonable price for it at a Trade Terminal… or find a different method of converting it into valuable currency.

However, scientific progress is never without adversaries, and an old threat is weighing on Polo and Nada’s minds. Polo will again reach out to their Traveller-friends for assistance. This time, they wish to gather data on the sentinels that patrol the galaxy and seek to eliminate anomalous entities such as non-convergent Gek and Korvax lifeforms. 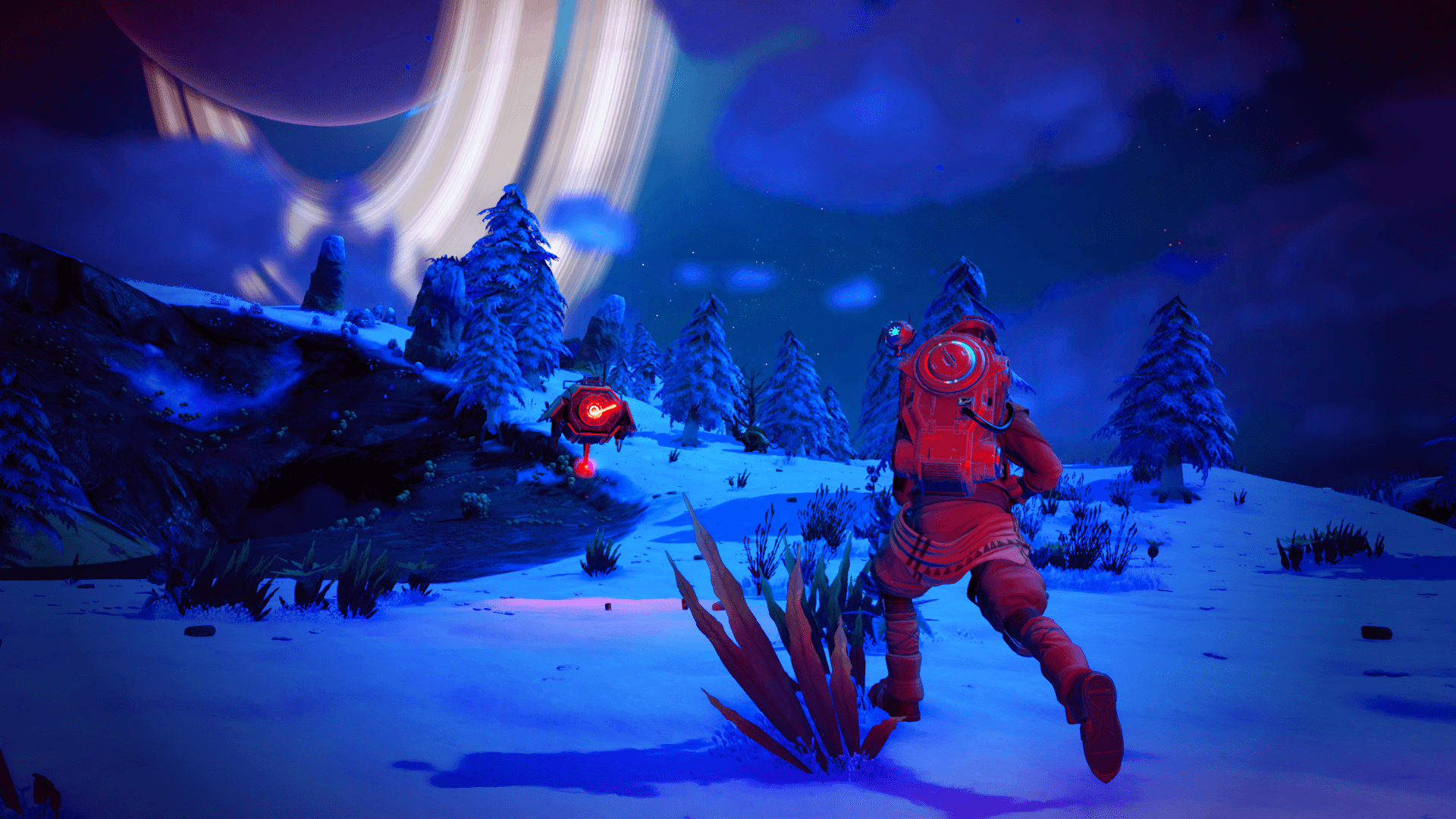 Polo believes that a deeper understanding of sentinel intelligence may help give the Space Anomaly an edge in their evasion of the sentinel forces, and reveal more insight into this renewed galactic generation. Quicksilver will be awarded to all Travellers who participate in the research, and can be processed by Polo’s Synthesis Bot in exchange for a number of items – including several new to this week. 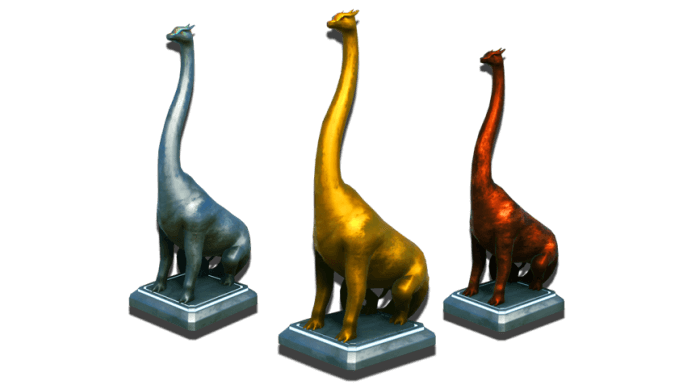 For Traveller bases, a statue of a relatively rare, but consistently awe-inspiring, long-necked quadrupedal species. 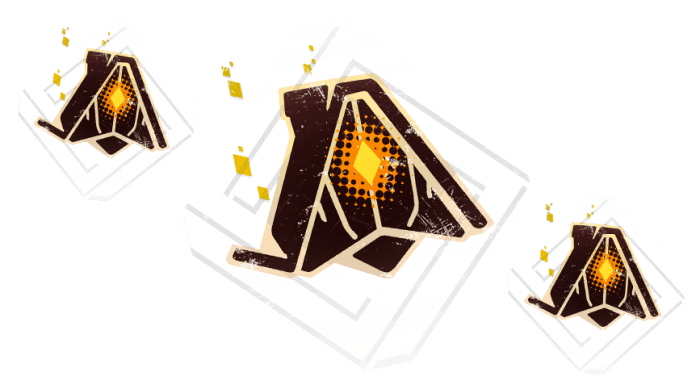 A placeable portrait of a Traveller who will be familiar to many explorers.

A miniature, autonomous drone is available to build at your base, to provide silent but reliable robotic companionship for weary Travellers on their return home.

A lively dancing gesture, to commemorate moments of victory and celebration.

Even if you missed out on some of the previous research missions, you can still participate in this week’s mission – and more diverse means of earning Quicksilver will soon be available too.

No Man’s Sky has always been a game that is built on the community and the stories that you generate. The friendly, inclusive, and welcoming spirit of the player community is a constant inspiration to us – as well as the quirky sense of humour we often see rising to the top of Reddit.

We really enjoyed these 40s-style advertisements by /u/xxGOOSEGREENxx, celebrating farming, the coveted Large Refiner, and a theoretical product refined from Hexite… 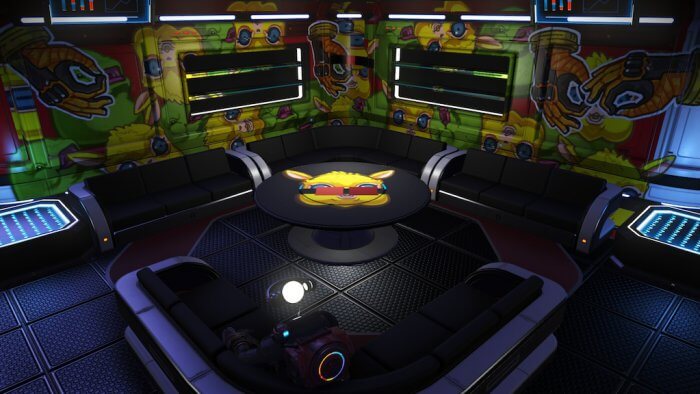 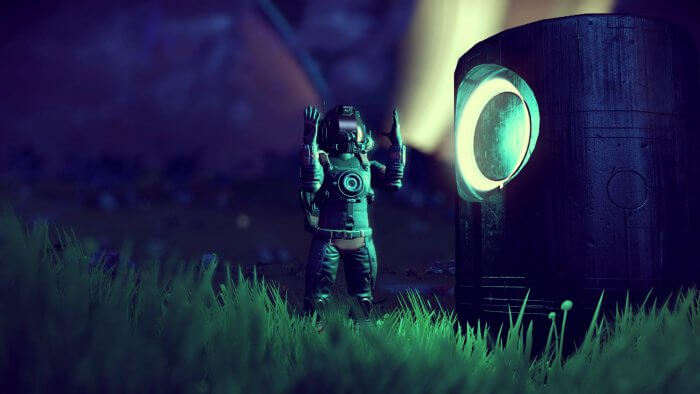 (Credit to /u/jbx1896 for their base decorating skills, and /u/CrashyBoye for sharing that mind-blowing moment of learning the final Vy’keen word.)

The community’s photographic skills continue to impress and reveal new corners of the universe to us. Some of our recent favourites:

V&A Exhibition: Design / Play / Disrupt
The Victoria and Albert Museum in London, UK, is currently featuring art from and behind-the-scenes insights into a number of video games, including No Man’s Sky. It is humbling to see our work featured alongside some truly stunning, influential titles. The exhibition is open now, and will continue to run until Sunday, 24 February 2019.

Patch 1.60 is live on all platforms today. It includes a large list of fixes and improvements – notably the new features we previewed last week, as well as the new Quicksilver Synthesis Bot items. The complete list is available below.

Last week we gave you a sneak peek of upcoming features, I’m delighted that most of them are already made it into version 1.6, along with a whole bunch of fixes and tweaks.

We have some exciting features in the pipeline for No Man’s Sky which we’re looking forward to sharing with you all. In the meantime, thank you again for being here with us, for reading these updates, and for playing the game. 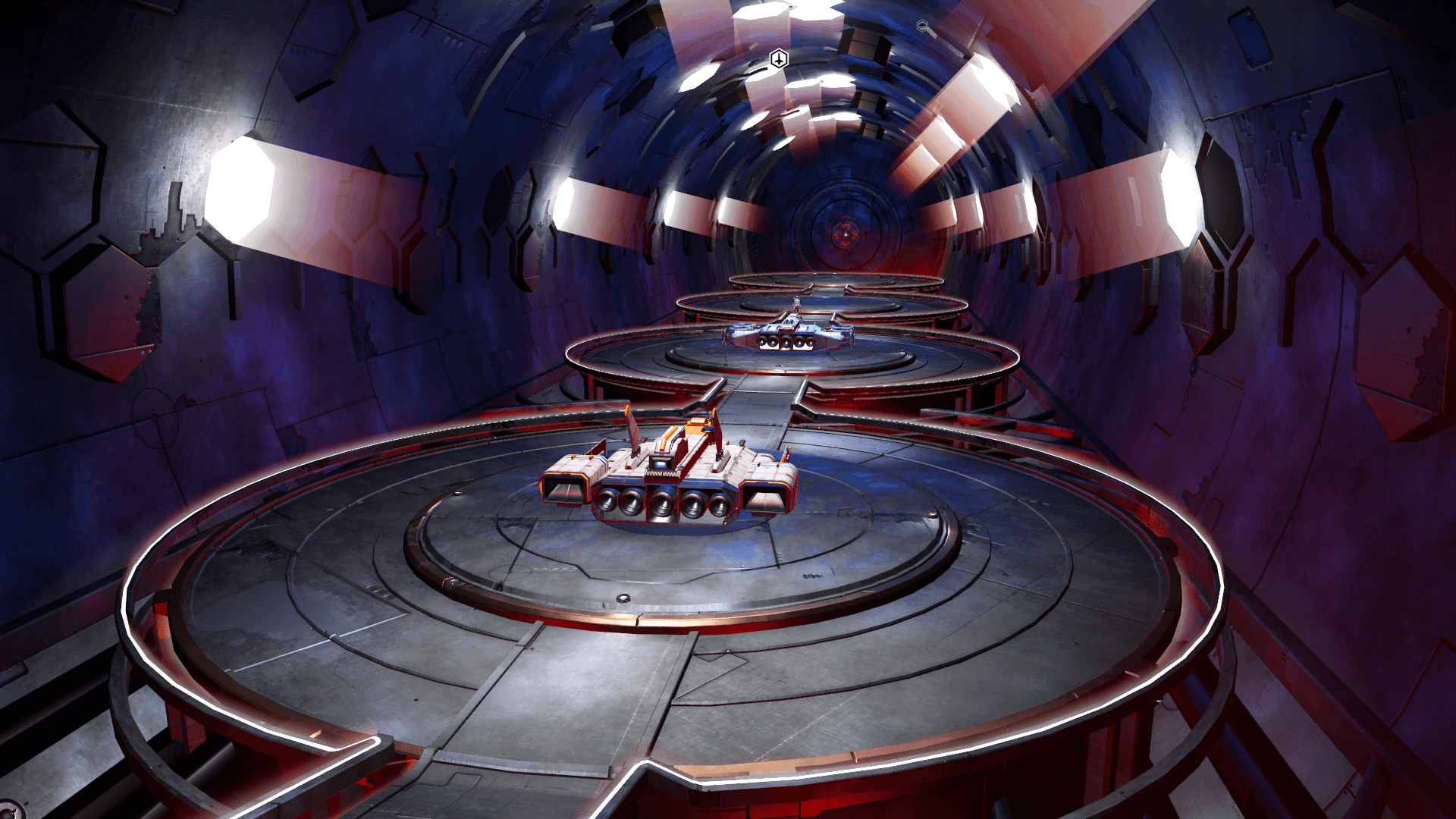