Hello Everyone!
Thank you for your feedback and kind words after our last development blog post. We hope to continue sending these updates for a little while. It’s nice to be at a point in time where we can share information and updates with the community.

While some of us are also beginning to work on new features and content, the team continue to work hard making fixes. We listen intently to the community and appreciate the effort people go to in writing up bugs and feature requests.

Community Research Update
The response to our first community mission was great to see, and your feedback is being rolled into 1.59 and 1.6. It was also lovely to read all the messages left by explorers on the Community Research planet – so many notes sent from all across the world and broadcast all over the universe.

Specialist Polo continues their investigation into a strange new phase of galactic generation. The collective digging efforts of the last week have given them a vast store of Hex Cores on which to experiment, and they have several promising leads. What secret do these cores hold, what message are they bringing for the universe? 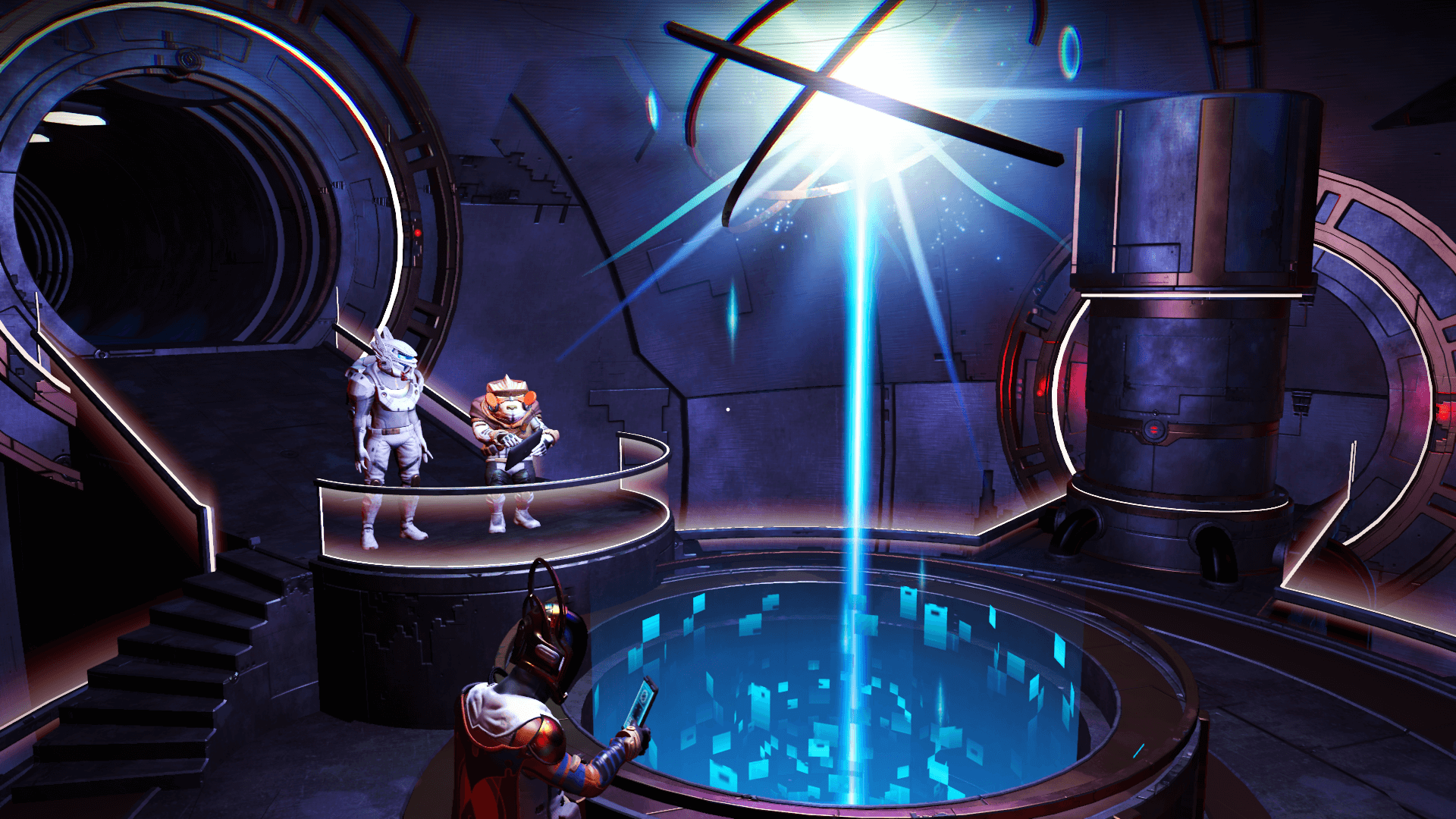 While they continue to investigate, Polo’s mind has turned to biology. Beginning on Thursday 6th September, they will reach out to all explorers and once again request their assistance in documenting the changes taking place in the fabric of reality.

This research project involves finding and feeding animals on a planet that shows signs of previous Hex Core contamination. Dedicated Travellers who explore the diets of the creatures on this world will be rewarded with Quicksilver to spend at Polo’s Synthesis Bot. Polo notes that explorers are free to carry out their own research or refinement projects on any animal byproducts produced during these encounters.

The Quicksilver Synthesis Bot has also developed some new items:

The Synthesis Bot is striving to please its masters by creating a diverse range of new items, tailored to their desires. Significant new developments will appear in the shop in the coming weeks, as well as new ways to discover Quicksilver while playing…

No Man’s Sky has always been a game that is built on the community and the stories that you generate. The beautiful screenshots, shared discoveries, fan art, stories, comics – these are incredibly inspiring to the team. It’s a privilege to work on a game with such a passionate community.

We also want to give a special shout out to reddit user u/AcoupleofIrishfolk, whose screenshots feature as the wallpaper on more than one computer or phone among the team.

Patch 1.59 is live on all platforms today and has a number of critical fixes. It also introduces the new items to the Quicksilver Synthesis Bot.

While some members of the team have been working to make these fixes and to get them to you as soon as possible, the rest of the team have been hard at work on upcoming features and critical fixes, optimisations and Quality of Life improvements. Some of these will follow in the coming days.

We don’t normally do this, but here is a sneak peek, the team are also currently working on:

As we continue development, more of the team will become free to work on new features. We want to involve the community in shaping these features, and hope to share some of this plan with you in the next few weeks.
Thank you for being here with us as we continue to develop No Man’s Sky NEXT, and we hope you enjoy all our improvements and expansions to the game.