No Man’s Sky NEXT launched just a few weeks ago. We have been absolutely overwhelmed by the positive response. We are excited to be on this journey with you.

We’ve been listening intently, and hard at work on fixes and improvements. We wanted to share a little news from behind the scenes.

Last month we launched a new website dedicated to the community, which we called the Galactic Atlas. The site features points of interest in the No Man’s Sky Euclid Galaxy, all nominated by you through the survey we created earlier last month.

This has grown in functionality and expanded based on your feedback.

We have now added: 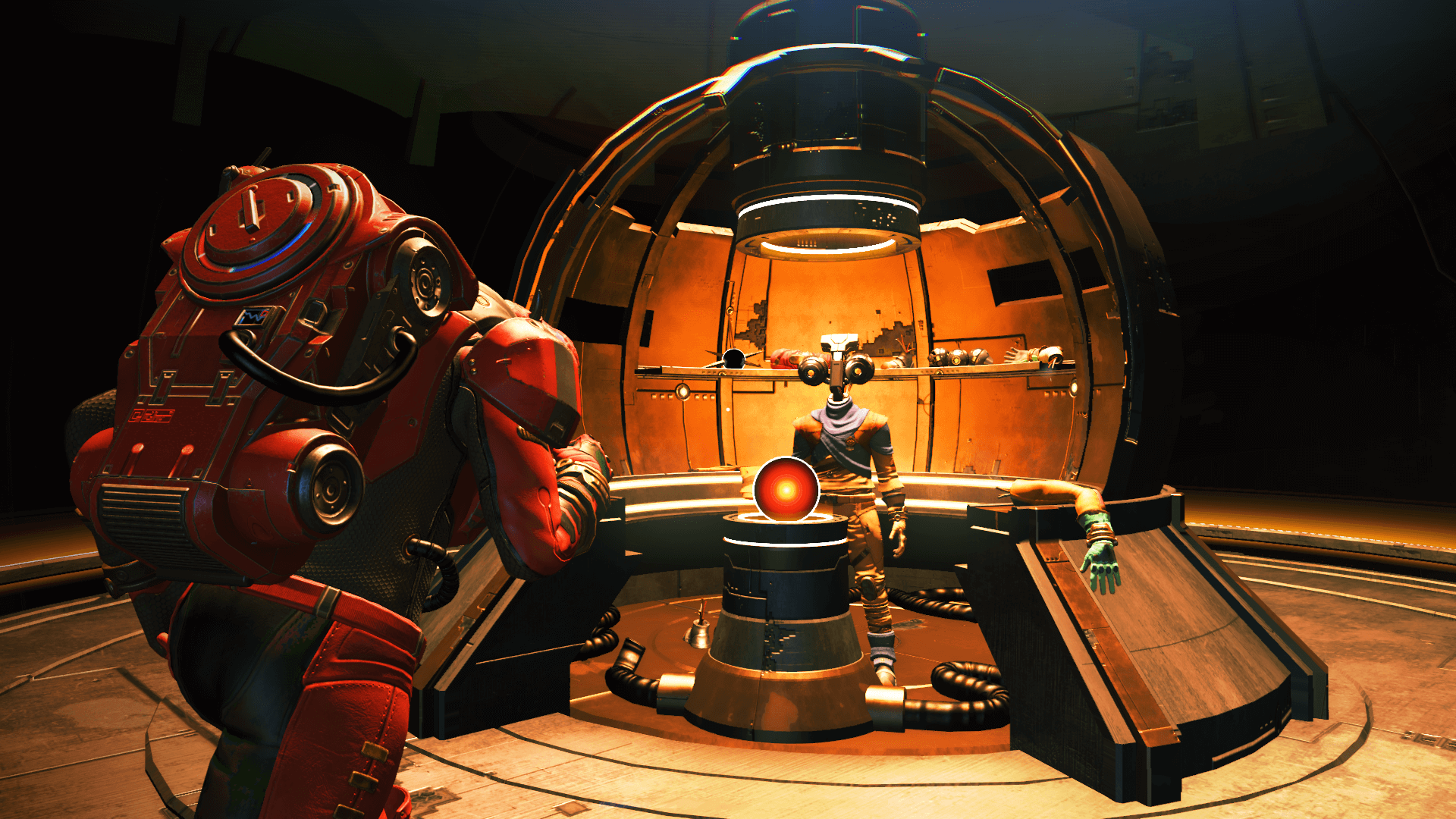 Specialist Polo and Priest Entity Nada, blinking around the edge of reality in their anomalous spacecraft, are broadcasting a request for assistance. Polo’s advanced boundary monitoring equipment has located a previously undetected iteration of the universe and they urgently need explorers to examine and explore this glitch in reality.

Beginning on Thursday 30th August, they will reach out to all explorers who have completed the first Space Anomaly mission. They need all the volunteers they can gather to help explore and document the reborn galaxies.

The first chapter of Polo’s research project examines a specific corner of the galaxy, where strange objects have begun spawning underground. Dedicated explorers who excavate and return them to the Space Anomaly will be rewarded with Quicksilver. Polo has constructed a new robotic companion to process this valuable substance into exclusive exotic collectables. 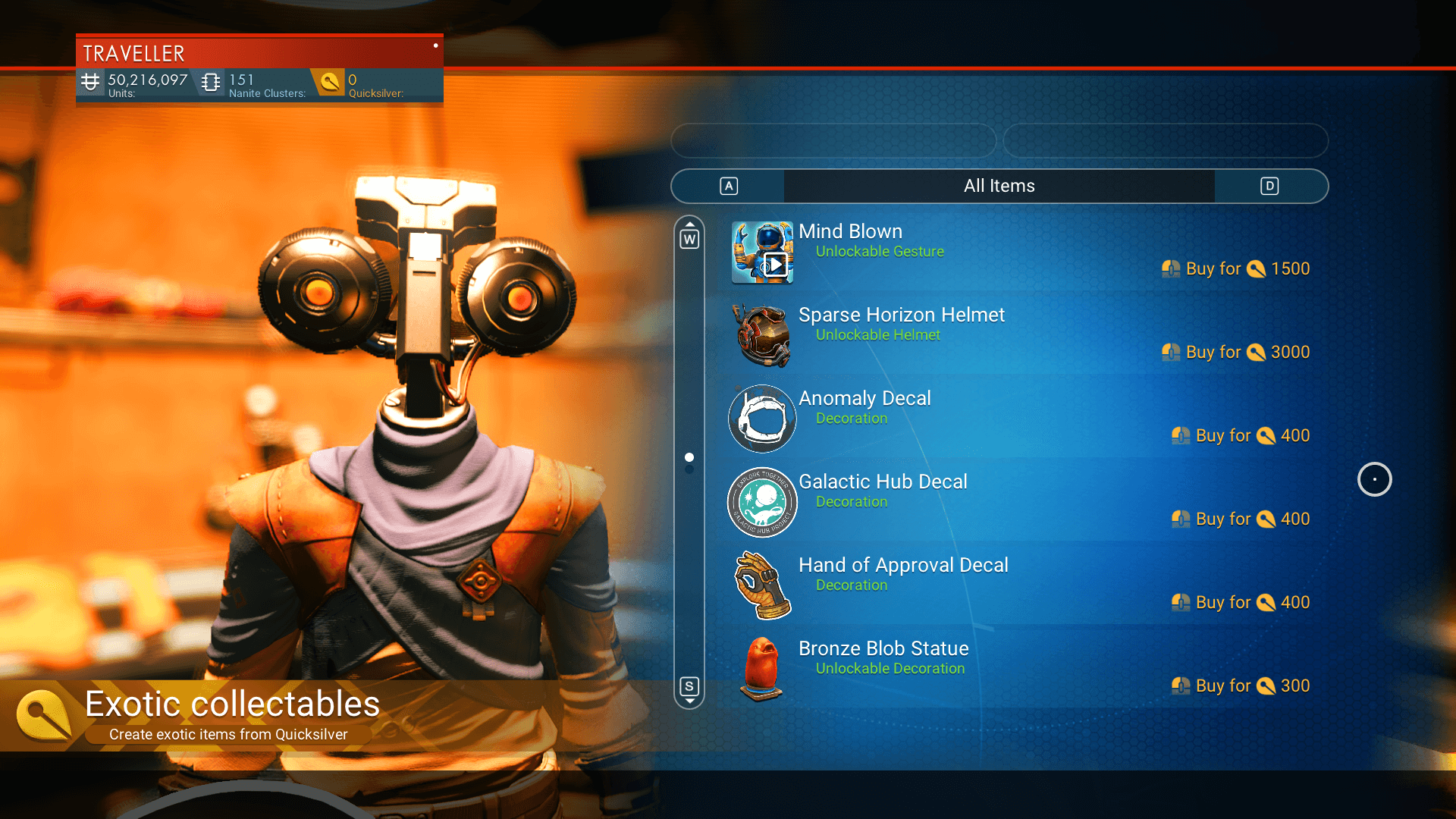 The initial range of items offered by Polo’s Quicksilver Synthesis Companion Bot are 6 new base building parts, 3 decals, a new emote, and a new character customisation. Over the coming weeks this will expand to 50+ items, including further base parts, emotes, customisations, exocraft, and more. 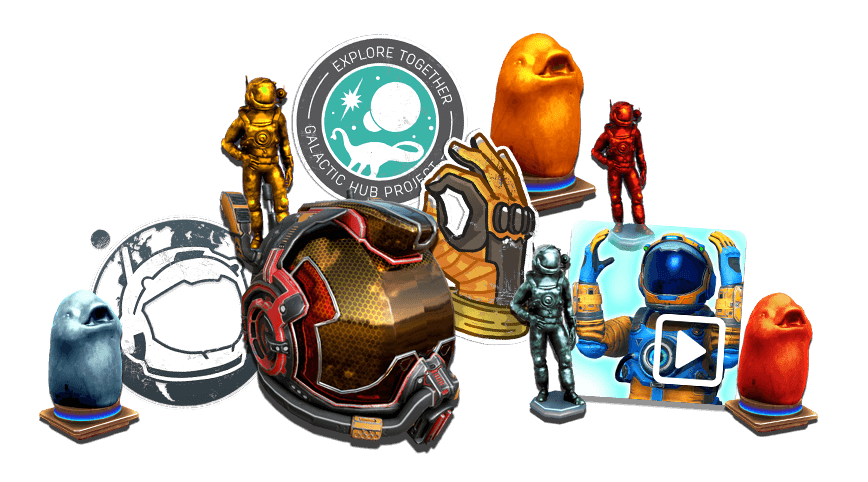 The ways to earn Quicksilver will also expand, and community events will grow in functionality.

No Man’s Sky has always been a game that is built on the community and the stories that you generate. Your screenshots are exactly the fuel we need for development. Keep them coming.

Too many incredible screenshots to possibly show, but here are some of the team’s favourites:

As well as screenshots, we’ve also been impressed by some amazing fan art, both digital and traditional – including some beautiful paper journals recording player experiences and discoveries.

We loved this brilliant tribute to 2001: A Space Odyssey from u/rrrbin. We’ve also loved this secret underground base from u/JacksonWallop, this water base from u/PiffTheSkull, and this orbital base from u/Choopsha

Players have also been busy constructing physical things outside the game. We were blown away by these Lego recreations from u/D4PP3RD0LPH1N. 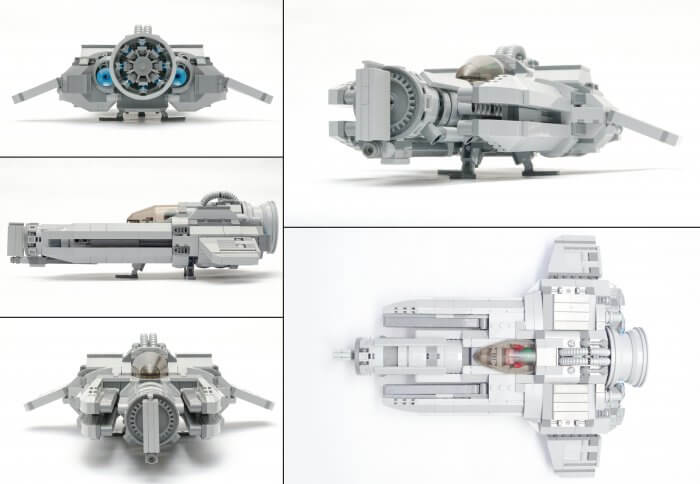 We were heartened by all the tales of people exchanging gifts with interlopers in random multiplayer. u/Long_Nose_Jim, for example, who played Father Christmas and delivered Stasis Devices to lucky Travellers all across the universe. We also loved these stories from @WritNelson and @BMCarbaugh.

1.58 is a large new patch now live on PC, PS4 and Xbox One. You can find the long list of fixes and improvements below. Over the weeks since launch there have been near daily releases between experimental PC and all three platforms. Development has been intense, and very productive.

As the current hotfixes are tackling critical issues, I’m so happy to see the team more free to focus on gameplay and quality improvements / fixes, as well as more rare issues.

Right now the team is split between high priority bugs, as well as longer term, larger gameplay improvements. More on this coming soon. 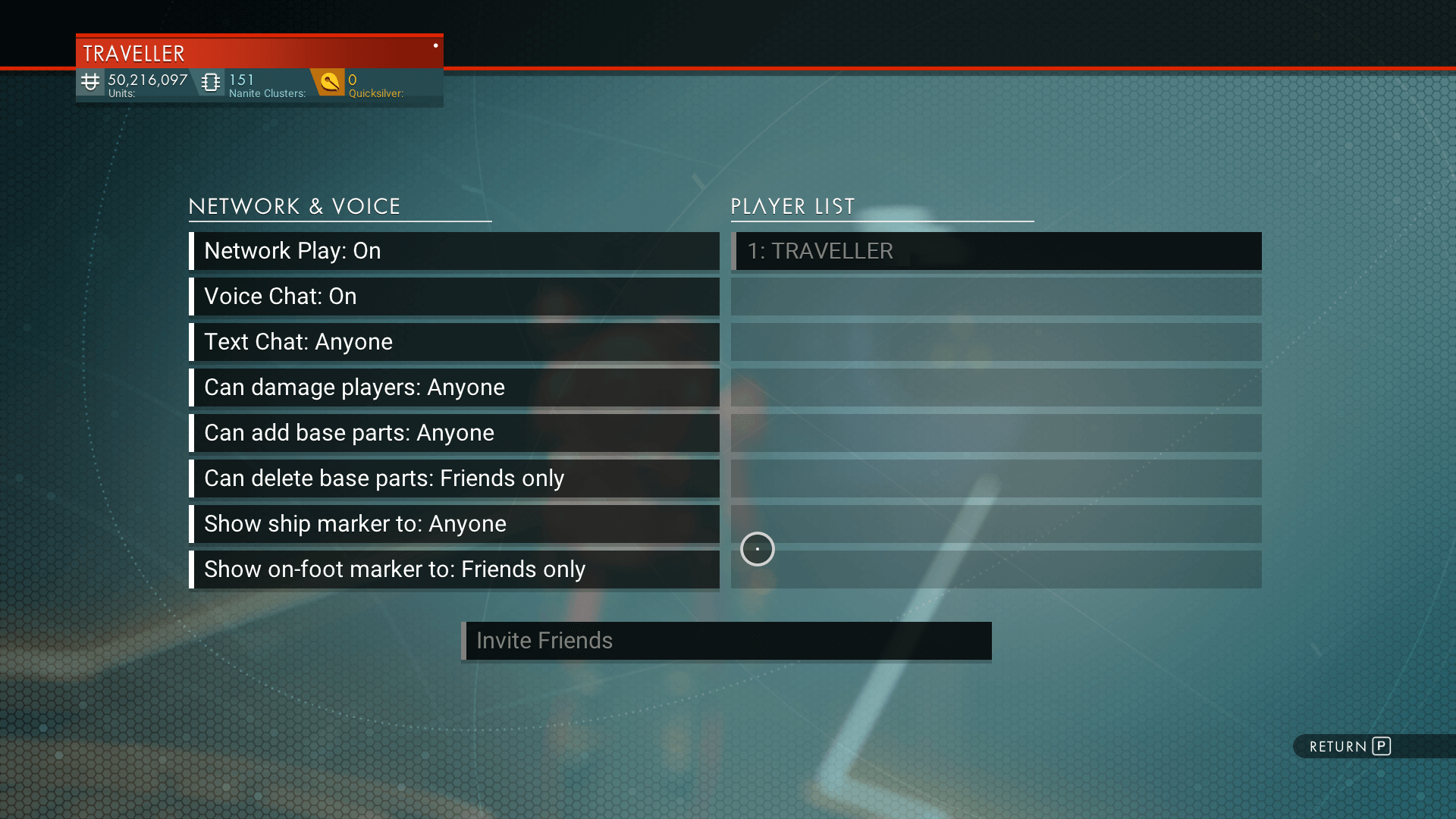