Another month of IGN First

So we have come to the end of a second month of IGN First for No Man’s Sky!

Hopefully you’ve enjoyed the new footage we’ve been able to share, as well as the behind-the-scenes interviews with our team.

We’ve closed the month with our biggest interview to date, a wide-ranging 60 minute ‘Unfiltered’ conversation with IGN’s Ryan McCaffrey, where Sean looks back at the game’s early development (including the flood that almost cancelled the game), his path through the industry, encounters with the likes of Elon Musk and Steven Spielberg at last year’s E3 expo, and much more.

As well as an extended chat with Sean, there were interviews with our talented Art team and close collaborators Dave Gibbons and James Swallow to discuss the game’s approach to Lore. 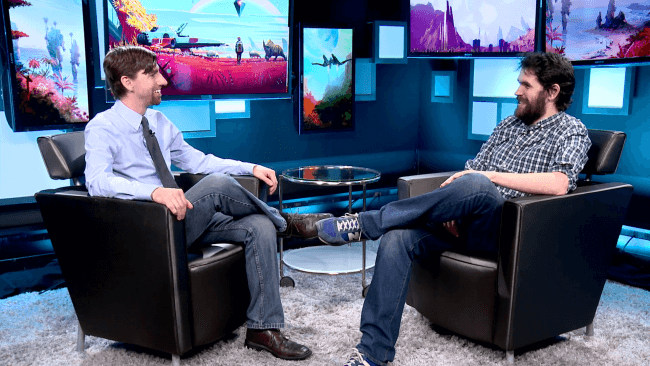 There was also a whole solar system to share. We showcased a 24 hour time lapse and some never-before-seen planets, over 20 minutes of brand new, continuous gameplay, a first look at crafting, while IGN provided new impressions of the game from two hours’ play.

We also tasked them with surviving on a freezing cold planet and filmed the results!

The team has been really proud of what we’ve been able to share, and we want to thank IGN for their support for bringing it together a second time. It’s been a blast!

Where you can pre-order No Man’s Sky

You can pre-order No Man’s Sky ahead of release on June 21 in North America, June 22nd in the Europe, and June 24th in the UK in the following ways.

On PC, you can get it through: