The Lore of No Man’s Sky

Today, we wanted to show you something new, a little bit of how we approach lore and storytelling in our universe. It’s a bit different to what you might be used to with some other games. 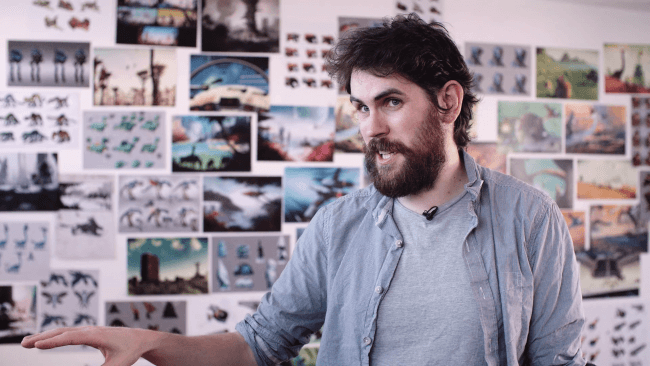 With a universe as open as ours – with a near infinite number of planets out there to see – we want players to discover everything on their terms. We don’t have huge cut scenes or a traditional linear story.

There is, however, a real lore in the game. Hopefully everything you find has a reason for existing. When you see a building, we’ve tried to think of who might have built it, and why. It’s something we’re excited to see fans uncover as they play, and put their own interpretations on.

They have tried to create their own stories in our universe, hopefully just like players will. We called it the ‘Adventures in No Man’s Sky’ comic (part of the game’s Limited Edition).

We all share a deep love of sci-fi, so for them to create their own tales in our universe – and to share their knowledge and help us develop some of the nitty gritty of the lore at the same time – felt like the perfect collaboration. 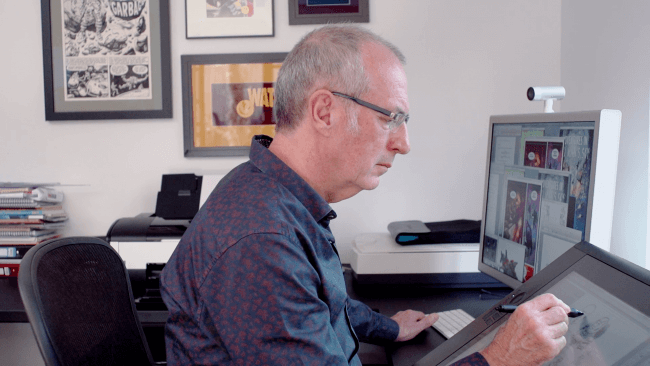 You’ll see why in the above video, which Dave was gracious to let us film in his studio.

If you found that interesting, you might like seeing this other video, where we chatted about the game’s art, explaining its inspirations and how procedural generation makes it happen.