Over the last few weeks, we were very proud, excited (and a little terrified!) to give people a taste of what to expect from No Man’s Sky.

As well as seeing online and mainstream media from around the world, we were fortunate to have two of the biggest magazines – Official PlayStation Magazine UK and PC Gamer – feature the game on the cover of their latest issues! 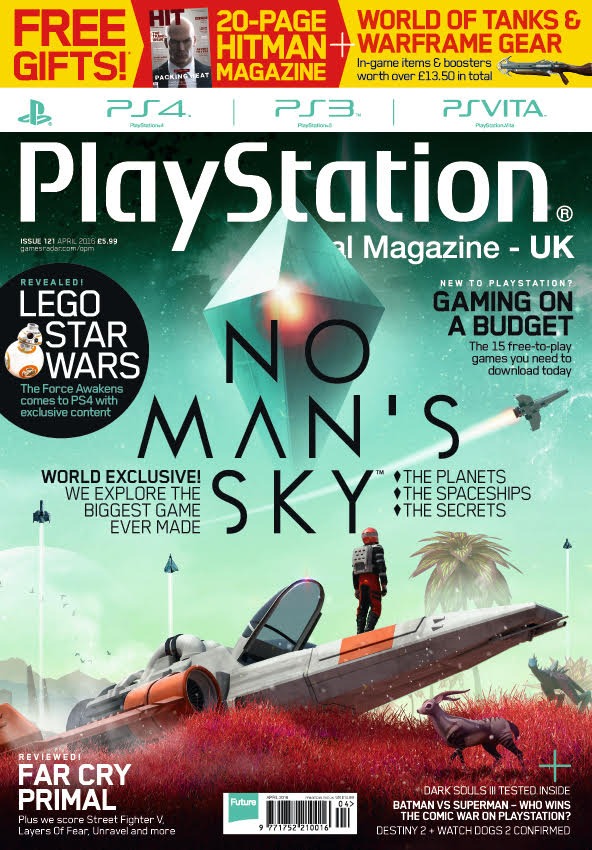 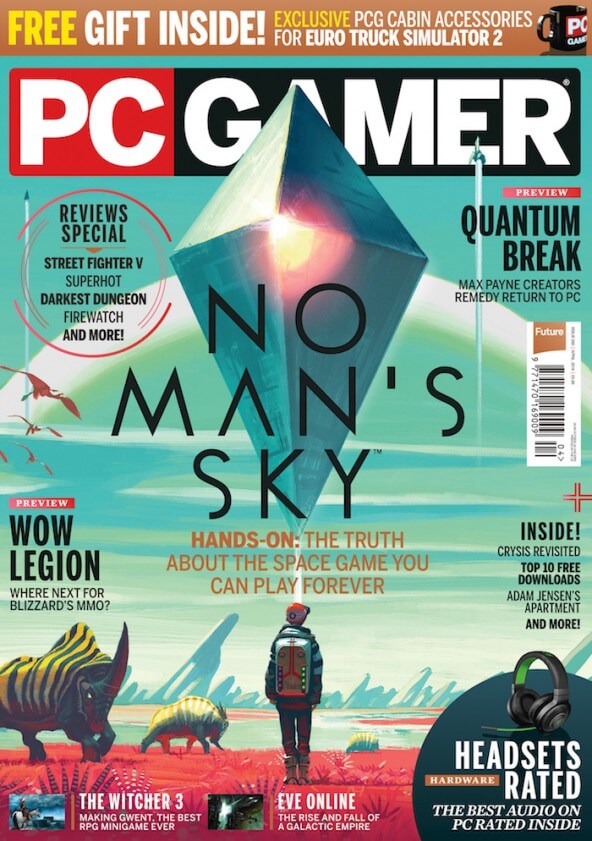 It’s been a little while since the game has featured in the games press, so the team have been excitingly flicking through copies as soon as they arrived in the Hello Games office.

Both issues are available now – both on shelves and digitally – while PC Gamer has a special cover exclusive to subscribers. (Take a look!)

As well as these magazines, we saw a (very large!) number of journalists over the last few weeks, and they’ve had some really lovely things to say about the game.

“…in my short time I couldn’t look away. I want to reach the center of the universe. I want to see what that vast sea of stars holds.”

“Even between planets, No Man’s Sky is breathtakingly beautiful… you’re as free as ever to go where you like — follow the trails of light marking distant shipping routes to find potentially inhabited worlds, or soar to the next nearest planet just because it’s there…”

“The experience was almost analog in its simplicity, playing a beautiful game that is just about the spirit of discovery. It will completely mesmerize the adventurers, the science-minded and those who don’t mind that a clock isn’t ticking down.”

“I do love the look of the game: every planet is different, from pale green places with big cyan moons to frozen planets where you can’t see a foot in front of you through the storm, orange flatlands punctuated by weird alien buildings, and toxic places wreathed in unfriendly caustic mist. The idea of an almost-infinite universe full of these places still blows my mind.”

There’s also been some really great videos too – here’s a few highlights from PlayStation Access, GameSpot and IGN:

Showing the game to press was a hectic but really fun few weeks for the team – we’re very flattered with the response it’s received! – so thank you everyone who took the time to check it out.

And in case you missed it, we also recently revealed some new information about No Man’s Sky ourselves – including news of various editions, release dates and more!