After a busy few months at E3 and Paris Games Week, we unfortunately couldn’t be out in full force at PlayStation Experience this year, but we still wanted something cool to show at the event.

Sean recently had the chance to show the game to none other than Mr. Worldwide Studios himself, Shuhei Yoshida (!) to give him a taste of what he – and everyone else – will be experience in No Man’s Sky next June.

Sean was super nervous giving Shuhei a tour of the game’s huge universe, but it was so nice to watch him play. The pair lost track of time, forgetting the camera was there, and ended up playing and chatting about games for a couple of hours.

The five minutes of video are just what was safe and spoiler free to broadcast!

As shown in the video, Sean provided some insight into how the universe is being brought to life, before passing the controller over to Shu, who quickly managed to pick a fight with a giant sentinel and get blown to bits – and was laughing the whole time 🙂

Meanwhile, we were recently honoured to walk away from this year’s The Game Awards with the prize of Most Anticipated Game of 2016, an award voted for by the public.

THANK YOU for voting NMS your Most Anticipated Game of 2016 at #TheGameAwards – sorry we couldn’t be there (‾⌣‾)♉ pic.twitter.com/HGaV2r9PxA

We were so proud to see so many of our fans rally round and support the game on Twitter and elsewhere, so we want to say a big THANK YOU to everyone who took the time to vote.

Finally, in other news, if you have an iOS or Android device, we offer the festive gift of discounted games!

Joe Danger and Joe Danger Infinity are on sale for just 99c each until December 30th in a bunch of places. So if you fancy some stuntbike action, then read here for more info! 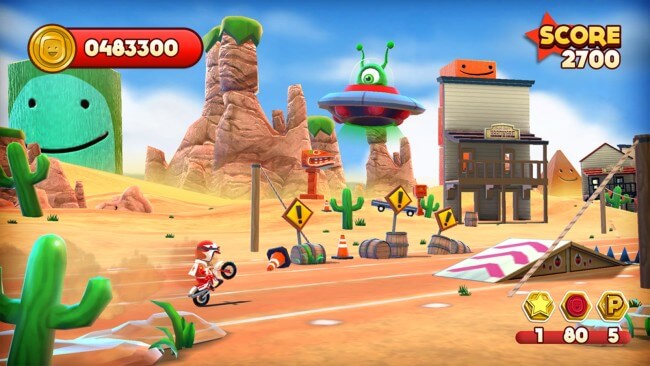 Right now, the studio is busy wrapping up before Christmas, writing their final lines of code before a well deserved break after a busy 2015.

We want to say thank you, as always, for your support throughout the year. We can’t wait for you to see what we’ve been so busy with in 2016!