The awards are voted by 29 major media outlets, and what’s just incredible is that our three wins means No Man’s Sky is the second highest winning game of the year. What’s more, if you break it down by publisher, we’re in joint second with Nintendo. That’s kind of the dream, right? 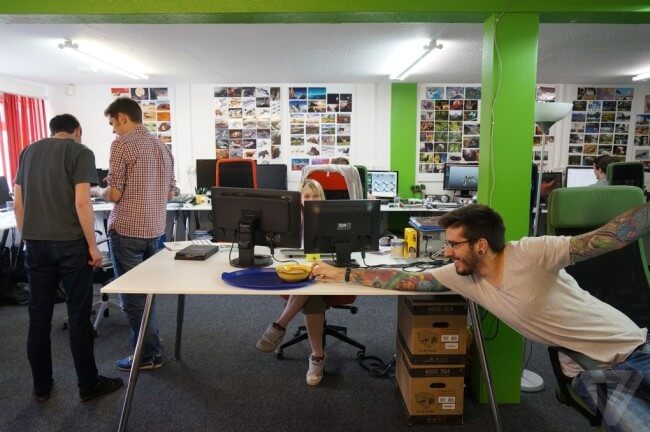 By the way, if you’re interested in knowing where we’re making No Man’s Sky, The Verge took some great photos of our clutter recently, like the one above.

They’re part of a fantastic article on No Man’s Sky by Vlad Savov:

I was handed a PS4 controller and allowed to take my own tour of No Man’s Sky. Exploring the colorful planet from the company’s demo reel, I scanned a mossy cave for resources, scared away a few deer scampering about bright-orange underbrush, and got carried away with my jetpack. There wasn’t any point to it other than sheer curiosity, but nothing more was needed. The dreamy sci-fi ambience made the experience of exploring rewarding enough by itself. No Man’s Sky is not a game that you can win or lose, but it certainly won me over at the first attempt.