It’s hard to believe that No Man’s Sky Beyond launched only a week ago. It has been a super intense and exciting time for us, but seeing the community begin to explore the new features, watching people gathering together in the Space Anomaly, building intricate contraptions, and obviously milking alien creatures has meant a lot to us. Adding big ambitious things, to something already big and ambitious is never easy, but witnessing more than two million people play in the first seven days was so humbling and overwhelming.

As always, we are listening intently, and focusing on the fixes and improvements that are most important to the community. The team have been working hard to safely resolve any critical issues, and we have now reached a point where we can begin to include improvements to functionality, gameplay and performance (as well as continuing to resolve more rare critical issues).

A complete list of all resolved issues is included at the bottom of this post, but we also wanted to take the time to acknowledge and say thank you for some of the lovely things we’ve seen from the player community.

The No Man’s Sky community is just the nicest and continues to amaze us with your creativity, enthusiasm, and generous hearts.

Earlier in the year, u/thegiftofgaming launched a campaign to set up a thank you billboard near the Hello Games office. The response from the community was so lovely. Not only is the billboard now installed, but the excess funds raised have gone towards providing games entertainment for sick kids at the Sydney Children’s Hospital. 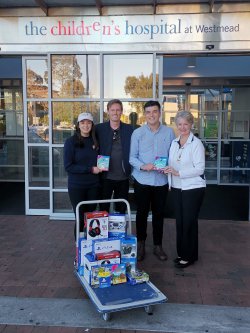 Last weekend, a group of dedicated fans met up at the Three Pigeons in Guildford and took some wonderful photos of the event. (Credit to u/LPlaysGaming for the montage) 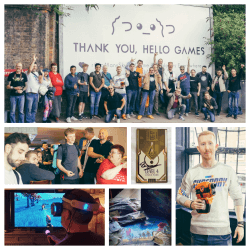 We managed to sneak a few edible treats and mementoes over to the pub as a surprise, but this small gesture was outshone by the incredibly touching gifts we received from the group: a box of handwritten postcards in a box decorated with beautiful pyrography, and a high-quality book filled with screenshots of some of their favourite locations in No Man’s Sky. Thank you so much, everyone who contributed, we don’t quite know how to process it!

The day before we launched Beyond, as the team were making all the final preparations for release, we were surprised by the arrival of this delicious treat. Thank you, @StripesbyNW, @Cloudrunner_TV, @kulver and @MarvelDCFan15! 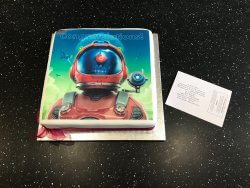 We loved these No Man’s Sky inspired landscape pieces by u/burgercake and u/turtlesalad711: 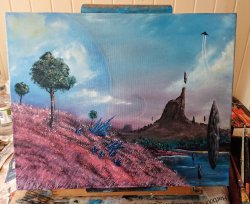 The momentum of the team has not slowed since the launch of Beyond. We have released 13 patches in just over a week across Steam, GoG, PS4, XBox, PSVR and Steam VR. To make it easier to see all the post-Beyond patch notes in one place, a full list of fixes is below, and when I see it all in one place it’s pretty incredible for such a tiny team.

No doubt this momentum will continue for the foreseeable future, as we continue to improve, polish, and enhance this game that has grown beyond our original vision. Thank you for playing!